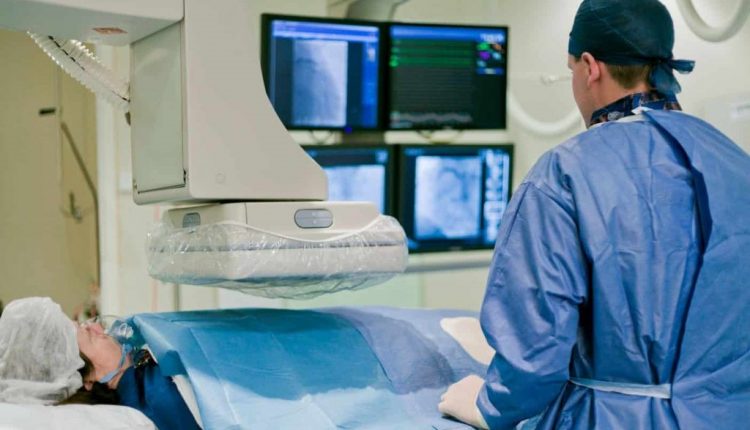 What is an ablation? We learn about the procedure that removes a layer of tissue

Ablation is a medical procedure that removes a layer of tissue, either through surgery or less invasive techniques such as laser treatment. It is used to treat a range of medical conditions, from nearsightedness to certain heart problems, as well as to resolve certain aesthetic problems, such as uneven texture

Unlike resection, which involves the partial or complete removal of an organ, ablation removes a layer (or layers) of tissue to restore normal function.

In some cases, ablation destroys problematic tissue. In other cases, it promotes tissue regrowth.

Superficial ablation can be performed on the skin, eye or other superficial tissues.

Many procedures are used for different purposes.

Superficial skin ablation involves the removal of a layer of tissue to:

When used for cosmetic purposes to induce skin regeneration or repair, it is called dermabrasion.

It is typically performed by a dermatologist in a medical office.

Laser eye treatments used to treat nearsightedness, farsightedness and astigmatism are another form of surface ablation.

This technique, also known as Lasik surgery, removes the superficial cells of the cornea.

The cornea is the transparent part of the eye that covers the iris and pupil and allows light to enter the eye.

Lasik surgery can reshape the cornea to correct vision.4

Surface ablation can also be applied to ENT procedures, i.e. those involving the ear, nose or throat.

One procedure removes excess soft palate tissue on the roof of the mouth to treat snoring or sleep apnoea.

Other procedures may be performed on the sinuses, tonsils and thyroid nodules.

This blocks the electrical signals that trigger arrhythmias.

Cardiac ablation is generally performed by cardiologists in a hospital setting.

They insert a thin, flexible tube, called a catheter, through a vein or artery in the groin.

They then thread the tube up to the heart.

Energy is used to freeze or burn the area of tissue.

Commonly called catheter ablation, this technique can be used to treat arrhythmias of both the atria (upper chambers) and ventricles (lower chambers) of the heart5.

A similar technique can be used when arterial obstructions do not respond to standard balloon angioplasty.

Endometrial ablation is a minimally invasive procedure that destroys the lining of the uterus (endometrium).

The aim is to reduce or stop heavy menstrual bleeding.

This procedure is usually performed by a gynaecologist in a medical facility.

For all types of endometrial ablation, instruments are inserted through the vagina and into the uterus.

Several techniques are used, including:10 11

After the operation, one continues to ovulate and pregnancy is possible, although unlikely, because the fertilised egg has no endometrium in which to implant itself.

It is not advisable to undergo endometrial ablation if you wish to have children in the future.

If you become pregnant after an ablation, the risk of ectopic pregnancy or miscarriage may be higher.

The baby may also be at increased risk of death before or after birth.12

Your doctor can go over the options with you, such as various forms of birth control and sterilisation procedures, to see which is best for you.

The surgical procedure also has many other uses, including:

It can also help with venous reflux, a condition in which blood flows back down the leg instead of towards the heart.

Preoperative Phase: What You Should Know Before Surgery

What Dupuytren’s Disease Is And When Surgery Is Needed

Total And Operative Hysterectomy: What They Are, What They Involve

Transcatheter Ablation: What It Is And When To Use It

What Is Percutaneous Thermoablation Of Tumours And How Does It Work?

Sunbathing during pregnancy: tips for a safe summer

What is faecal incontinence and how to treat it