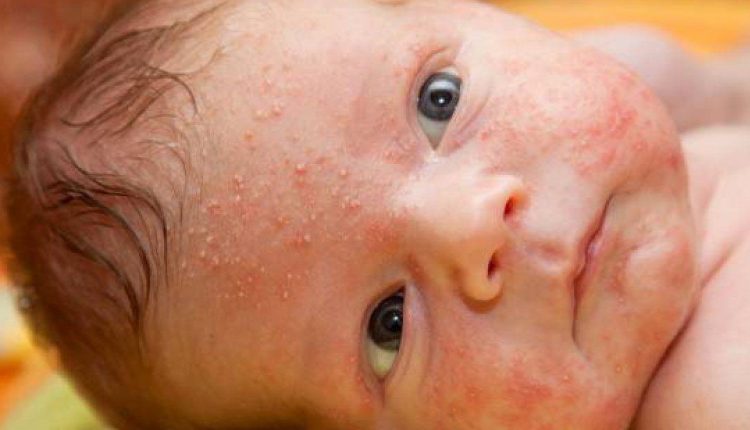 Impetigo is a fairly common skin infection that mainly affects children, particularly in the summer months when, following an insect bite for example, they tend to scratch themselves with their dirty nails. It belongs to the group of pyoderma, i.e. diseases caused by pyogenic germs such as staphylococci and streptococci

There are two types of impetigo: classic and bullous impetigo, let’s see them in detail.

Classical impetigo: what is it?

Classical impetigo is caused by beta-hemolytic streptococcus and appears in the form of small erythematous blotches that soon become covered with a yellowish myeleric crust.

It tends to appear initially at the orifices of the nose, mouth, ears, etc., and then quickly spreads to the rest of the body.

Bullous impetigo, which, unlike in the past, is becoming the prominent form, is caused by staphylococcus aureus.

It is estimated that this bacterium is present, alone or together with streptococcus, in 80% of all impetigo diagnosed in recent years.

In addition to the types of primary impetigo described above, it should be remembered that there is also secondary impetigo, which is certainly rarer and is the result of a complication of other skin diseases, mainly inflammatory, especially atopic dermatitis.

Diagnosis with the naked eye

The diagnosis of this infectious disease,’ explains the specialist, ‘is obviously clinical: it must be differentiated from other skin diseases, such as herpes infection or amicrobial pustulosis, but it is extremely recognisable.

Treatment varies from case to case: when it is adults who are affected, impetigo is more difficult to manage, since it almost always affects hairy areas.

There is, in fact, a particular variant of this disease that affects the beard area, called pyogenic syndrome, which must be treated with oral antibiotic therapy because, with only local therapy, it is difficult to obtain satisfactory results.

In the case of children, however, it depends on the form in which the disease manifests itself.

How to prevent impetigo

It is a disease that affects the superficial layer of the skin and does not usually recur, but it should be treated with extreme care.

It is very important to take care of hand and nail hygiene, especially for atopic children, who tend to scratch often because of itching, in order to keep possible infections at bay.

Having said this, it is good to remember clearly that it is not a disease related to underlying immunodeficiency phenomena, so it should be managed with absolute serenity.