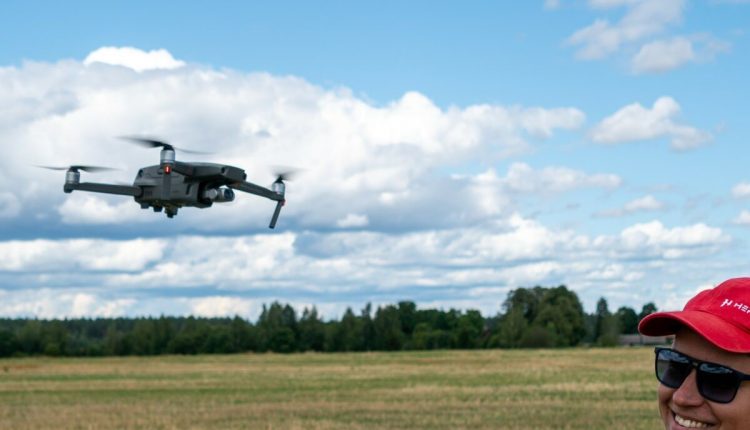 Estonia, the only country in the world where 100% of power lines are inspected by drones

Estonia, the drone revolution: the functioning of Estonian companies largely depends on the 60 million kilometres of power lines on this planet

The inspection of this critical infrastructure, however, is mostly still done in much the same way as in the old days: on foot and by looking at it.

There are two parties behind this achievement: Elektrilevi, the largest distribution network operator in Estonia covering a staggering 93% of the country’s distribution line infrastructure; and Hepta Airborne, a fast-growing Estonian drone-based inspection service, and platform provider.

THE BEST COMPANIES IN THE EMERGENCY AND RESCUE SECTOR? VISIT EMERGENCY EXPO

Monitoring power lines with drones in Estonia: the uBird platform

Carrying the weight of public responsibility, Elektrilevi was looking to cover one of the crucial elements of their service – the uninterrupted functioning of the network of power lines — more efficiently.

A country speckled with bogs, rivers, and forests, circumstances for line inspectors were especially harsh and one power line inspector, once, actually had to flee from a brown bear.

Increased pressure is applied by climate change. While a “storm of 50 years” in 2020 left a whole town without power and petrol, these events are likely to occur much more frequently in the future.

Foreseeing this, Elektrilevi contracted Hepta Airborne to test its drone-based inspection on a part of their grid already in 2017.

Consequently, Estonia can now boast with 100% of their medium voltage lines being covered by drone-based inspection done by Hepta Airborne.

This has allowed both detecting a much higher volume of defects, also the speed and costs of inspection are down to about one-third of the former.

“Hepta Airborne’s founders and most of the employees have a background either in electrical engineering or aviation.

Seeing the struggles power line inspectors and network operators have to face on a daily basis led them to develop highly capable drones for power line inspections. Instead of crossing marshes, swamps, and thick forests by foot, drones allowed inspectors to gather data in a much easier and effective way.

But while working with Elektrilevi, we soon saw that drones are only one part of the equation and there was a real lack of viable inspection software where to analyse the data.

To enable companies like Elektrilevi and power line inspectors to succeed, we decided to develop the needed tools ourselves.

Out of that grew out our inspection platform uBird, which is now a part of daily operations in a large number of companies in three continents,” Martin Hanson, marketing manager of Hepta Airborne recalls the impulses behind the starting of the business.

uBird allows that data to be analyzed quickly and easily by either inspectors or by applying machine learning algorithms,” says Martin Hanson.

“In the end, uBird allows the network operators to get a detailed, map-based overview of their power lines and their defects.

Through the use of uBird, our clients can have up to 250% faster inspection cycles while saving up to 50% in costs. ”

In addition to regular inspections, Elektrilevi started using Hepta for post-storm inspections at the beginning of 2021.

On average, this has saved about half of the reaction time.

“Expectations towards the stability of power supply are growing while the storms and other harsh weather events are also increasing.

Although by law we are allowed 16 hours until we fix an outage,  people expect this to be done much faster.

So, one thing is that if we don’t fix outages fast we need to start paying compensation. But the other, much more valuable point, is our reputation,” Rasmus Armas, the Head of Asset Management and the Member of the Board of Elektrilevi describes the need for fast reaction times.

Drones that Hepta has developed can fly in strong winds, which means they can start flying already before the weather clears.

The harder the terrain, the bigger the saving.

Hepta is also conducting post-storm inspections in Finland, where outages on the islands are especially difficult.

Instead of waiting for the sea to carry boats, drone inspections allow inspecting the power lines from the mainland, saving time and enabling quicker repairs.

Much of the global power infrastructure was built in the 1950s and the field remains path-dependent.

While some West-European countries such as France and England relied more on land cables, the other countries used overhead lines and they are being updated until today.

Therefore Hepta’s operations are actively expanding and they are now inspecting grids in Germany, Chile, Nigeria, and Ukraine, to name a few examples.