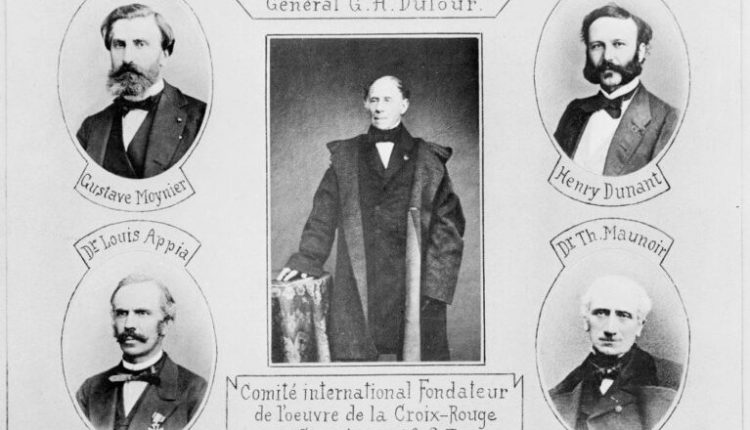 Anniversary of the First International Conference in Geneva: Rocca: "we humanitarians must mobilise ourselves as Dunant did"

Not an anniversary for ‘insiders’ but a symbolic date that, now more than ever, it makes sense to understand in depth.

It is precisely in this context, in fact, that modern humanitarianism has its roots.

In 1863, Jean Henry Dunant, together with four other Swiss citizens (the jurist Gustave Moynier, General Guillaume-Henri Dufour and the doctors Louis Appia and Theodore Maunoir), created the Geneva Committee for the Relief of Wounded Soldiers, commonly known as the Committee of Five.

The reason for founding it was the terrible carnage and disorganisation in the delivery of aid during the battles of Solferino and San Martino.

This was the birth of the International Red Cross Movement, an organisation that was awarded the Nobel Peace Prize three times: in 1917, 1944 and 1963.

The cultural revolution had only begun a few years earlier: on 23 June 1859 Dunant arrived in Solferino and was unaware that this place was destined to change his life.

He was a Swiss entrepreneur working on a project for which he needed funds and concessions, which he decided to ask Napoleon III for directly.

The king was at Solferino, in the middle of the second war of independence, when the French-Piedmontese and Austrians were fighting.

On the morning of 24 June, Dunant happened to be looking for the Emperor on the battlefront and only then did he realise the enormity of the battle: 40,000 wounded and over 9,000 dead.

The genesis of the Geneva Conference: ‘man is annihilated by horror and his destiny is changed forever’

He rolls up his sleeves and organises aid for both sides, firmly convinced that in the face of suffering, all men are equal.

The memories of that day took shape in a book: Un souvenir de Solferino, printed at the author’s expense and distributed to sovereigns, politicians and intellectuals throughout Europe.

They are terrible pages, full of blood and pain, which do not spare the most macabre details. His book aroused emotion and scandal and led many to mobilise.

The same mobilisation that we must undertake today, in a global context threatened by so many challenges: pandemics, conflict, climate change, poverty and growing discrimination.

These are not times to delay, but to show with facts our commitment and our profound choice.

In this, history is our guide.

We must subvert the maxim that ‘the fact that people do not learn much from the lessons of history is the most important lesson history can offer’.

Red Cross, Interview With Francesco Rocca: “During COVID-19 I Felt My Fragility”

8 May, Your Story For The Red Cross Red Crescent Day

Emergency Expo welcomes the Spencer contest "The Force of Will": vote for the poster that most impressed you among those created by the students