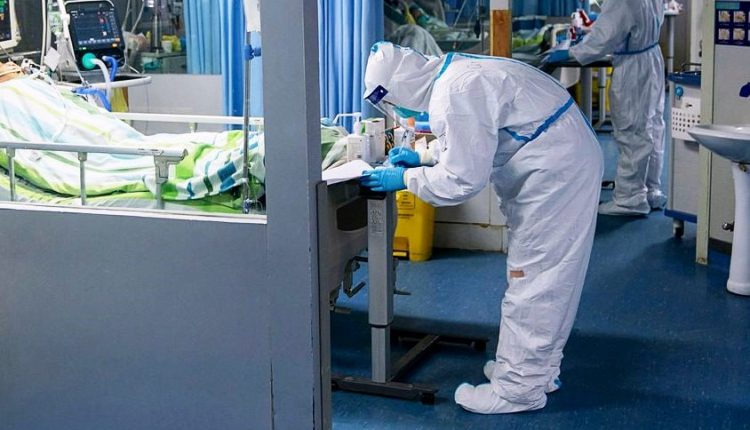 Coronavirus disease worldwide, the US exceed 1000 infections. Next worries for France, Germany and the UK

After China and Italy, the coronavirus in the US is one of the next worries. Then, it seems to be the turn of France and Germany. Other countries are testing the first healthcare issues, as well because of coronavirus disease worldwide spread.

Coronavirus disease is causing issues also in the UK, where some safety measures have been used in universities. Belgium, Indonesia and Panama registered the first victims and South Korea saw an increase in the infections. But now, the eyes of all scientists are in the United States. Coronavirus in the US continues its race.

Coronavirus in the US: updated situation

The United States confirmed 31 deaths from Covid-19 but Johns Hopkins University data speak of 1,025 confirmed cases with new infections in Florida and Michigan. The record goes to Washington with 279 cases, followed by California with 178 and New York with 173 cases. The Coachella festival, one of the main musical events of the year in the United States that takes place in the Nevada desert, also is postponed in April.

Now let’s focus the attention on the coronavirus disease worldwide, like in Europe. Lothar Wieler, president of the Robert Koch Institut, Germany declared that the epidemic will last for months, perhaps years, but the longer it lasts the better it will be. His explanation is because the impact must be spread over time in order to avoid disasters. In the meantime, Germany recorded the third victim.

Hungary has announced state of emergency over the threat posed by the novel coronavirus. This was announced by Zoltan Kovacs, spokesman for Premier Viktor Orban, adding that “further preventive measures could arrive soon”.

Novel coronavirus: France is preparing to face a severe condition

The French Government is preparing to face an acceleration of the epidemic on the territory. At the moment they exclude drastic precautions and is trying to find an answer to the serious economic slowdown that will follow. However, the novel coronavirus disease worldwide is serious and they must be prepared.

The latest official report of one day ago registered 33 deaths out of 1,784 confirmed cases. 86 patients are in these days in intensive care. The dead toll includes adults, and 23 of them were over 75 years old. On Tuesday evening, France registered 372 cases in 24h.

The French President Emmanuel Macron declares that France is at the beginning of the novel coronavirus disease epidemic and that they are taking the appropriate precautions. However, it is not necessary to make drastic decisions, like in Italy, but if tomorrow or the day after there will be the reason to do it, they will evaluate to take them.

According to Jérôme Salomon, the French Minister of Health, “the transition to stage 3 should take place in the next few days”. The scientific uncertainties declared by Mr Salomon will make difficult estimate a cure.

Harvard University begins virtual lessons because of the coronavirus disease worldwide spread. They were asked to leave their dormitories for five days by March 15.  Racheal Dane, Harvard University spokeswoman declares the attempt to de-densify the community.

All academic courses will be available on the internet so that the students will be able to keep on studying. The Harvard director Lawrence Bacow declared that he understands that it will be difficult to leave friends and lessons. They are doing this not only to protect them but also to protect other members of our community who may be more vulnerable to this disease.

In the meanwhile, Lufthansa…

…erases 23,000 flight starting by April. Due to coronavirus disease worldwide, Lufthansa will reduce flight schedules for its airline passengers in the period between 29 March and 24 April. The coming weeks will see further cancellations: adjustments to flight times for the period after April 25 will be made later. The adjustments mainly concern Europe, Asia and the Middle East.

Emergency Coronavirus, the WHO declares this is a pandemic. Worries in Europe