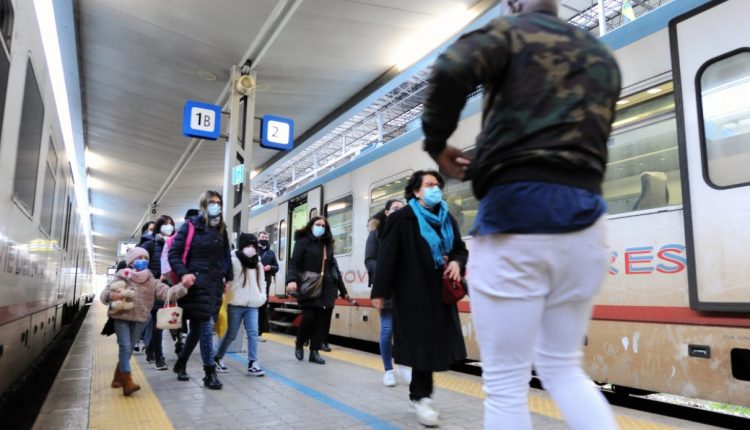 We are witnessing a sharp increase in new cases per week, +58.9% compared to the previous week,’ says the president of the Gimbe Foundation, Nino Cartabellotta, ‘which is around 255,000 with a 7-day moving average of more than 36,000 cases per day.

In the week of 15-21 June, the percentage increase in new Covid cases was recorded in all regions of Italy: from +31.3% in Valle d’Aosta to +91.5% in Friuli-Venezia Giulia

Compared with the previous week, only in 2 provinces was there a percentage reduction in new cases (Caltanissetta -10.2% and Vibo Valentia -10.2%), while the number of provinces where there was an increase rose from 99 to 105 (from +5.6% in Crotone to +131.7% in Reggio Calabria).

‘The wide margins of uncertainty,’ Cartabellotta explains, ‘are determined by insufficient statistical sampling, which, together with the monthly frequency of the flash survey, indicate that sequencing activities in our country have not been adequately enhanced to respond to the spread of new variants in a timely manner.

At present, evidence and data confirm that BA.4 and BA.5 are not associated with greater Covid-19 disease severity, but are more transmissible than BA.2 and have a greater ability to evade immune protection from vaccine and previous infection, increasing the likelihood of reinfection.

‘The possible impact on hospital admissions of the new variants,’ Cartabellotta comments, ‘depends on the magnitude of the increase in cases, as well as the vaccination coverage rates of the population with three doses, or four in vulnerable people’.

According to the latest report of the Istituto Superiore di Sanità, in the period 24 August 2021-12 June 2022, more than 532,000 re-infections were recorded in Italy, equal to 4% of the total number of cases.

The 7-day moving average positivity rate rose from 6.9% to 9.5% for molecular swabs and from 16.3% to 23% for rapid antigenic swabs. On the hospital front,’ says the operational director of the Gimbe Foundation, Marco Mosti, ‘the increase in new cases has led to a reversal of the trend in admissions both in the medical area, +14.4%, and in intensive care, +12.6%)’.

There was a slight increase in daily admissions to intensive care units,’ Mosti pointed out, ‘with a 7-day moving average of 23 admissions/day compared to 20 in the previous week.

Deaths are falling again: 337 in the last 7 days (of which 52 refer to previous periods), with an average of 48 per day compared to 59 the previous week.

Among the over-50s, who are most at risk of serious illness, the number of newly vaccinated fell to 805 (-8.9% compared to the previous week).

On the whole, the incidence of diagnoses in people vaccinated with a complete cycle (plus any booster dose), compared to those not vaccinated, is reduced in the various age brackets (by 4.3-59.8%): the exceptions are the 5-11 age bracket, for which diagnoses among the vaccinated mark +22.6% compared to the unvaccinated, and the 40-59 bracket with +10.4%. In all age brackets, the incidence of serious illness (by 24-78.9% for ordinary admissions; by 42.1-85% for intensive care) and death (by 42.5-88.4%) decreased.

On the basis of the official coverage (791,376), updated on 20 May, the national coverage rate for fourth doses is 40% with clear regional differences: from 8.8% in Calabria to 100% in Piedmont.

‘The gradual spread of the BA.4 and BA.5 variants,’ Cartabellotta informs, ‘has contributed to a clear resurgence of the viral circulation throughout the country with effects that are already evident even in hospitals: in particular, in the medical area where in 10 days there has been an increase of over 700 beds occupied by Covid patients.

Consequently, the Gimbe Foundation urges caution for at least three reasons. First of all, the number of positives, about 600,000, is largely underestimated due to the massive use of do-it-yourself swabs with partial notification of positive tests; secondly, it is impossible to estimate the extent of this early summer rise and the time it will take to reach the peak; finally, the stalemate in the vaccination campaign has generated a population currently susceptible to infection that is very large: 4.03 million unvaccinated, 5.51 million without a third dose and 4.05 million vulnerable people without a fourth dose’.

Consequently,’ he continues, ‘at this stage of the pandemic, it is crucial to reduce viral circulation, in particular by wearing masks in indoor places, especially if they are crowded and/or poorly ventilated and in conditions of large gatherings, even outdoors.

Institutions, for their part, must step up the vaccination campaign in all persons at risk of serious disease, increasing coverage with the third dose in the over-50s and with the fourth dose in all vulnerable persons included in the audience’.

Last but not least – Cartabellotta concludes – avoid disorientating the population with anti-scientific and risky proposals for public health, such as the abolition of isolation for positives’.

Covid, A Tale Of Two Years Of Pandemic Through Words

USA, Moderna To Request COVID Vaccine Authorization For Kids Under 6

Omicron 2, Contagiousness And Symptoms Of This Covid Variant

Covid, What To Know About The Omicron XE Variant

Omicron 5, Prof. Pregliasco Explains What To Expect From The New Covid Variant