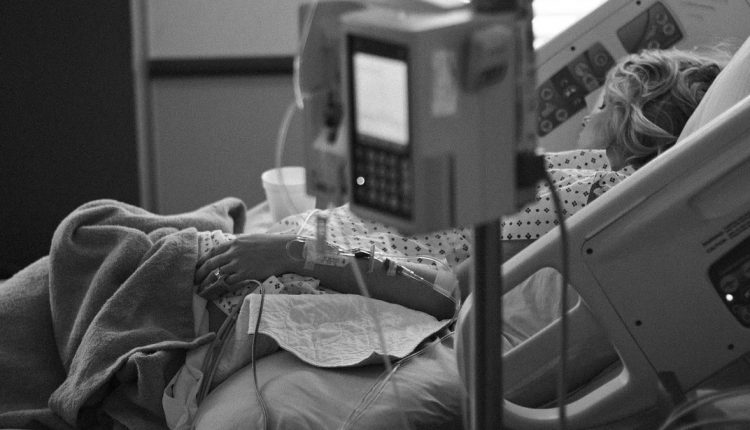 Italy: what is assisted suicide and what is in the text to be debated in the Italian Parliament on 13 December?

Assisted suicide is the medical help provided to a person who has decided to die. The individual is assisted by a health professional whose task is to prescribe and supply the drugs that will cause the patient’s death

It is carried out by the patient himself and not by a third party, who is responsible for providing assistance in recovering and preparing the substances.

This is the modality chosen by Dj Fabo in 2017 when he was helped by Marco Cappato.

And it was precisely in relation to the Cappato case that the Constitutional Court ruled in 2019, inviting the Chambers to legislate on the matter.

The Constitutional Court ruled that aiding suicide is not punishable, under certain conditions, when the patient is “kept alive by life-support treatment and affected by an irreversible pathology, a source of physical and psychological suffering which he considers intolerable but fully capable of making free and conscious decisions”.

The text before the House, approved by the Justice and Social Affairs Committees for examination in the Chamber, aims, among other things, to delete the crime of “inciting or aiding suicide”, contained in Article 580 of the Criminal Code, which provides for prison for those convicted.

In the meantime, it has just been announced that the Court of Cassation has informed the Committee promoting the referendum on legal euthanasia – chaired by the Secretary of the Luca Coscioni Association, Filomena Gallo – of the validity of the signatures on the referendum for the partial repeal of Article 579 of the Penal Code on ‘homicide of the consenting person’.

Currently, the Italian legal system, after law no. 219/2017 on informed consent and Dat, recognises, in the matter of end of life, exclusively, the right to refuse treatment as well as the right to undergo, in the terminal phase, the so-called ‘pain therapy’, that is, the administration of palliative care, even in a state of deep sedation, until the onset of death.

Let’s see in detail the rules contained in the text on assisted suicide, approved by the Social Affairs and Justice Committees of the Chamber of Deputies.

On Monday, 13 December, the text will be examined by the Chamber of Deputies in an attempt to obtain a first “yes” from Parliament.

The law regulates the right of a person suffering from an irreversible pathology with an inauspicious prognosis or from an irreversible clinical condition to request medical assistance in order to voluntarily and autonomously end his own life, under the conditions, within the limits and with the prerequisites provided for by this law and in compliance with the principles of the Constitution, the European Convention on Human Rights and the Charter of Fundamental Rights of the European Union.

Medically assisted voluntary death is understood to be death caused by an autonomous act whereby, as a result of the process governed by the provisions of this law, one’s own life is ended in a voluntary, dignified and conscious manner, with the support and under the control of the National Health Service.

This act must be the result of a current, free and conscious will of a subject fully capable of understanding and willing.

FACILITIES THAT CAN PERFORM ASSISTED SUICIDE

The facilities of the National Health Service operate in compliance with the protection of the dignity and autonomy of the sick person; the quality of life up to its end; an adequate health, psychological and socio-welfare support to the sick person and his/her family.

An application for medically assisted voluntary death may be made by a person who has reached the age of majority, is capable of making free, current and conscious decisions, is adequately informed, and has previously been involved in palliative care to alleviate his suffering and has explicitly refused it.

Such a person must also be in the following concurrent conditions: suffering from a pathology certified by the attending physician and the specialist doctor treating him or her as irreversible and with an inauspicious prognosis, or suffering from an irreversible clinical condition causing physical and psychological suffering that he or she finds absolutely intolerable; being kept alive by life-sustaining medical treatment, the interruption of which would cause the patient’s death.

The request for medically assisted voluntary death must be current, informed, conscious, free and explicit.

It must be made in writing and in the form of a public deed or an authenticated private document.

If the person’s condition does not allow it, the request may be expressed and documented by video recording or any other suitable device that enables him to communicate and express his will unequivocally, in the presence of two witnesses.

On receiving the request, the doctor shall explain to the patient, and if the latter agrees also to his family, the consequences of what is requested and the possible alternatives, and shall promote all actions to support the patient, also by making use of psychological assistance services. The request may be withdrawn at any time.

ASSISTED SUICIDE AT HOME OR IN HOSPITAL

Medically assisted voluntary death must take place with respect for the dignity of the sick person and in such a way as not to cause further suffering and to avoid abuse. The sick person is free to indicate who should be informed within his family or friends and who may be present at the time of death.

Once a favourable medical opinion has been given, assisted suicide can take place at the patient’s home or, if this is not possible, in a hospital.

In order to guarantee the dignity of the sick and to support healthcare professionals in the ethical choices they are called upon to make, clinical evaluation committees shall be established and governed by regulations issued by the Ministry of Health and to be adopted within 180 days of the approval of this law.

EXCLUSION OF PUNISHABILITY AND ‘AMNESTY

The provisions contained in articles 580 (instigation or aiding and abetting suicide) and 593 (failure to provide assistance) of the Penal Code shall not apply to doctors and medical and administrative staff who have initiated the medically assisted voluntary death procedure, as well as to all those who have in any way facilitated the sick person to initiate, instruct and complete the procedure.

Anyone who has been convicted, even with a final judgment, of facilitating in any way the medically assisted voluntary death of a person before the law came into force shall not be punishable.

CONSCIENTIOUS OBJECTION FOR DOCTORS AND NURSES

Health care personnel and auxiliary health care workers are not required to take part in procedures for medically assisted voluntary death when they raise conscientious objections in a prior declaration.

Authorised public hospitals are in any case obliged to ensure that the procedures provided for by law are carried out.

Suicide Amid Responders: A Study Reveals The Link With Stress

A Man Wants To Commit Suicide. Firefighter Dives Into The River To Rescue Him

Bukholderia mallei infection: what is it and what symptoms characterise it?