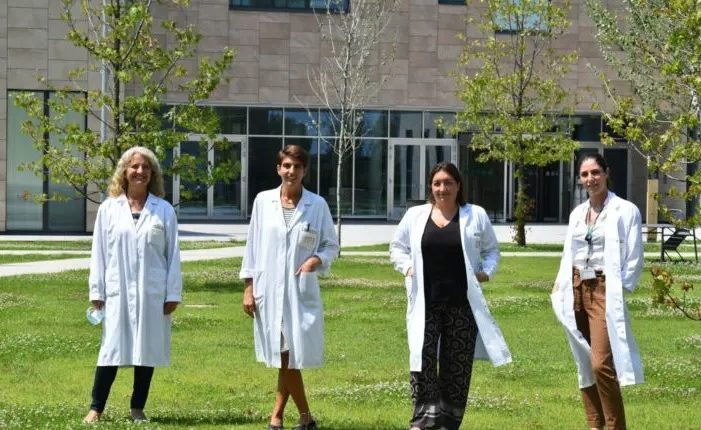 Microbiota, the role of the 'gate' that protects the brain from intestinal inflammation discovered

Let’s talk about the microbiota. Depression and anxiety often accompany those who suffer from chronic intestinal diseases, such as ulcerative colitis and Crohn’s disease, so much so that the scientific community has agreed for years that there is a link between the gut and the brain, although its functioning has been undefined until now

In Science, a team of Humanitas researchers coordinated by Professor Maria Rescigno, head of the Laboratory of Mucosal Immunology and Microbiota at Humanitas and professor of General Pathology at Humanitas University, published the results of a study that opens up new scenarios in understanding the functioning of one of the barriers (or interfaces) between the bloodstream and the brain, the choroid plexus.

“At the level of the choroid plexus we have documented the mechanism that blocks the entry into the brain of inflammatory signals originating in the intestine and migrated to other organs through the bloodstream.

This phenomenon is associated with an isolation of the brain from the rest of the body, which is responsible for behavioural changes, including the onset of anxiety,’ explains Professor Maria Rescigno.

“This means that such central nervous system conditions are part of the disease and not just secondary manifestations.”

Microbiota, the functions of the choroid plexus in filtering inflammation

The choroid plexus is a structure in the brain where the fluid that surrounds the brain and spinal cord is produced, protecting the delicate structures of the central nervous system.

In addition, the choroid plexus is a vehicle for the entry of nutrients and the elimination of waste substances, and plays a role in immune defence.

“Under normal conditions, this ‘gate’ allows the entry of molecules derived from the blood and, in case of inflammation in distant organs (in this case the intestine), the barrier reorganises and closes to block the entry of possible toxic substances”.

Hence the further question: under healthy conditions, what is the purpose of this vascular ‘gate’ (which remains open in the absence of a pathological stimulus)?

To answer this question, a genetic experimental model was used to ‘close’ the brain barrier without inflammation of the intestine.

“In doing so, we have shown that the closure of the plexus barrier would itself appear to be correlated with alterations in behaviour, leading to increased anxiety and a deficit in episodic memory,” concludes Professor Michela Matteoli, Professor of Pharmacology at Humanitas University and Director of the CNR Institute of Neuroscience. This means that a physiological and dynamic communication between intestine and brain is fundamental for a correct brain activity.

The study of the vascular barrier of the choroid plexus

To understand the behaviour of the vascular barrier of the choroid plexus, the Single Cell Sequencing method was used, in which an IEO research group also participated.

“This made it possible to identify the components of the vascular system that are mainly involved in this response, the capillaries and pericytes, cells that regulate the permeability of blood vessels,” says Dr Simona Lodato, head of the Humanitas Neurodevelopment Laboratory and professor of Histology and Embryology at Humanitas University.

“Thanks to this analysis, it is possible to know the dynamic behaviour of each cell in the choroid plexus at the moment of barrier closure”.

A look at the future: prospects for the treatment of inflammatory diseases

“We have described the mechanism that regulates the interaction between the brain and the rest of the body in relation to intestinal inflammation,” explains Professor Maria Rescigno.

“There are still many open questions.

For example, in which other diseases is this closure activated? Patients with neurodegenerative diseases also have a permeable intestine, through which more molecules pass into the bloodstream.

We now know that this migration correlates with a closure of the brain barrier and thus with depression and anxiety.

How can we reopen ‘the gate’ of the plexus to combat these altered states?

And again, how can we modulate the barrier to reach the brain and allow drugs to pass through?”

“We are already working to understand which molecules may be involved in behavioural abnormalities to modulate the barrier reaction; which cells and components useful for our health get trapped outside the brain when the plexus closes,” specifies Dr Sara Carloni.

“This is further evidence that not only excessive but also insufficient immune activity is detrimental to the function of the nervous system. It will now be important to define the mechanisms by which this happens,” explains Professor Michela Matteoli.

“We are studying microglia, the immune cells in the brain.

We know that their activity can be influenced by signals from the peripheral immune system, and many studies, including in our laboratory, have confirmed that microglia have an important influence on synapse function.

The synapse is the site of contact between neurons and is the seat of all the processes underlying brain function, including learning and memory. It therefore represents the most promising target to be analysed in future studies.”

“In the context of developmental neurobiology, we need to understand when and how this interaction between brain and gastrointestinal system discovered at the level of the choroid plexus is created.

The composition of the cerebrospinal fluid (CSF), which is clearly influenced by the activity of this barrier, is dynamic in development and fundamental in the formation of neuronal circuits.

If we think about dysbiosis, i.e. alterations in the microbiota of children, or childhood obesity, we realise that these are situations in which the link between brain and intestine could be altered by a strong inflammatory state with effects on the vascular plexus barrier and important consequences on the developing brain,’ Dr Simona Lodato concludes.

Microbiota, the role of the ‘gate’ that protects the brain from intestinal inflammation discovered: the video