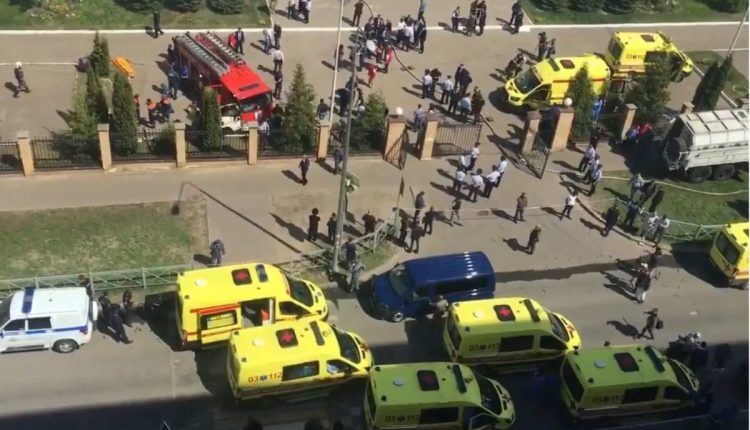 Shooting at a school in Kazan, in the heart of Russia: a 17-year-old teenager was allegedly one of the perpetrators and has been arrested, while a second assailant was allegedly killed by the police

The Russian republic of Tatarstan is experiencing hours of grief and condolences: according to the Ria Novosti news agency, which quoted local emergency services, the number of dead in a shooting at a school in Kazan has risen to 11.

Russian agencies and local media report that at least four wounded have been hospitalised.

Kazan is the capital of the Russian region of Tatarstan, about 700 kilometres east of Moscow.

The second assailant has been “eliminated”, says a source quoted by the Russian news agency Tass, according to whom special forces have entered the institute and “the so-called ‘cleaning’ of the building is underway”.

“We have lost at least seven children, 8th grade students, four boys and three girls,” Tatarstan’s president Rustam Minnikhanov told the news channel ‘Russia-24’ after arriving at the scene of the massacre late in the morning.

A teacher was also among the victims. 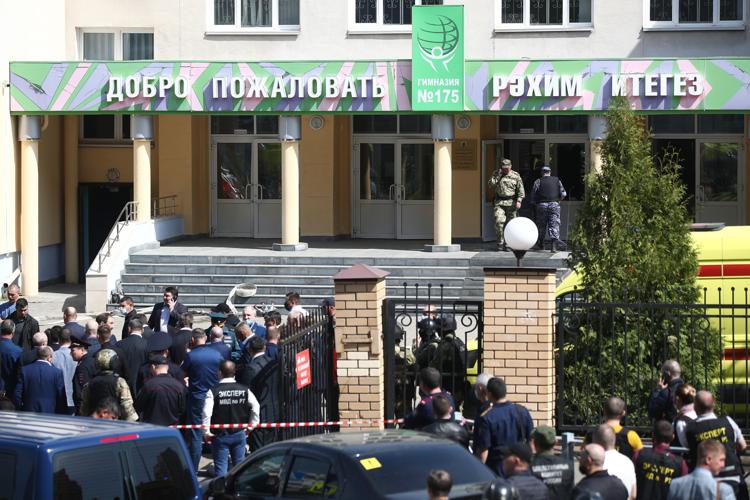 SHOOTING AT A SCHOOL IN KAZAN: TWO TERRORISTS, ONE ARRESTED AND THE OTHER KILLED

Some of the victims lost their lives trying to save themselves by jumping from the third floor.

Another 16 people are now in hospital.

“One of the two terrorists has been arrested. He is 19 years old, no weapons have been officially registered to him”.

The second assailant has been “eliminated”, a source quoted by the Russian news agency Tass said, according to which special forces entered the institute and secured the building.

The incident occurred at the end of a 10-day national holiday commemorating Labour Day and the 76th anniversary of Soviet Russia’s victory over Nazi Germany in World War II.

Kazan, located about 800 km from Moscow and known as ‘the third capital of Russia’, is a city of over 1.2 million inhabitants and the largest in the predominantly Muslim region of Tatarstan.

At the moment, the toll of the massacre is eleven dead and 32 wounded.

EMS: Reported As Vehicle Accident But Turns Out To Be Shooting Incident

Defibrillators, ventilators, mechanical CPR: what surprises will we find in the Zoll booth in Emergency Expo?