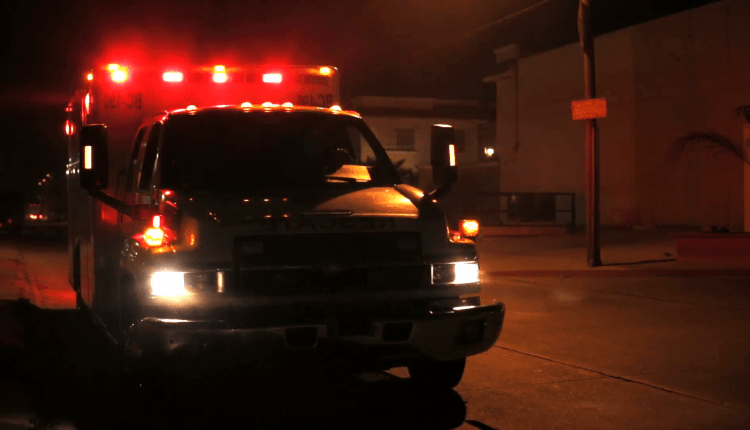 Violence against EMS providers - Paramedics assaulted on a stabbing scenario

Stabbing is a difficult scenario to face. EMS providers must evaluate carefully the situation and aim to be supported by the police. Paramedics and EMTs behaviour is very important to operate in safety and without being injured.

This cruel experience of stabbing has been experienced by a paramedic and a level 3 certified firefighter in the U.S.

“I and my partner were on duty on a Friday night doing the usual calls in an inner-city. Around midnight we were dispatched for a reported stabbing at a local function/banquet hall. It was a private function that was attended by 200+ people. As we arrived on scene we found approximately 50 -75 people exiting the facility, many people informed us that the victim was on the second floor.

We entered the function hall down the hallway as we rounded the corner multiple people immediately confronted the group of us. Two particular individuals very quickly focused on me and my partner. We initially tried to diffuse the situation with what we call verbal judo, holding our hands up and saying “we are paramedics” in both English and Spanish.

These two individuals did not slow down and came right at us. We could tell they had no weapons in their hands as we could see them balled into fists. The individual in front of me swung his right hand at my head, I deflected the blow. I immediately stepped into the individual ( this allowed me to close the gap and make it harder for him to hit me) I then dropped my drug box from my left hand and I pushed my primary bag into my assailant to get him off me.

At the same time, I drove him back towards a wall. He continued his assault but I was able to deflect most blows with my primary bag ( I used my primary bag to keep him off balance and backing him up). I then used my bag to push his head up and away from me and once doing so I was able to follow through and wrap my arms around his upper body and take him to the ground. Once down on the ground, I put him in a restraint position until I received help from additional police officers, who did then drag the individual away from me.

It took about 15 minutes before we were able to get the scene under control and secured with the help of additional personnel. We were able to find and treat the stabbing victim. He sustained multiple stab wounds to his head and trunk. The patient was critical and required Medication Assisted Intubation. We treated all his injuries and hemodynamic status according to our protocols and transported him to our trauma centre”.

“In our after-action analysis of this event, we learned several key lessons as to how this occurred. The important parts of the analysis pointed out that even though we had police right beside us, we had a misperceived feeling that it was safe to enter the scene vs having the police reckon the scene ascertain the victims and the overall safety of the scene, then make the entry. This would have allowed us to view the unfolding events rather than being part of them.

By allowing police to enter first we would have avoided the fight altogether, our police are trained in response to mass-scale events such as this and carry quick clotting agents, tourniquets and other bandaging supplies to bridge the arrival of EMS on scene. They are very good and adept at updating us as to the extent and nature of injuries.

My partner and I had a discussion about what went well and not so well after the call was complete, several things did go well, the most important thing being that none of us sustained any serious injuries. Our self-defence training did kick in and we used all non-violent takedowns and restraints which resulted in no injuries to the assailants. We then followed that up with what was not handled well, what was recognized was the fact that there were no “normal” precursors as to what was unfolding which led into a false sense of security.

We should have let the police clear the scene, and then enter with the appropriate personnel. Scene times where outside our normal standards, we did feel that whichever action we took ( wait outside vs. going in) was not going to change the scene time due to the attack.

The risk to our safety is never justified in trying to “save someone else”. We are always taught that a successful shift is one you go home from. As we discussed this in a group forum we realized that several key issues needed to be reinforced. Scene safety is an integral part of what we do and even though our intentions were good our comfortableness with these scenes, almost led this to have a very poor outcome.

With discussing this call immediately afterwards with the crews involved, the one thing that stood out was that there were no indications that we “normally” would have seen with a “normal” escalation of these scenes. No one exiting the building gave us any indication that the fight was still ongoing. Until we came to the end of the hallway we thought we would be treating our victim. Maybe if we had paid a little more attention to the people exiting then we may have picked up clues that people were still fighting.

We reviewed our scene times and patient care records and determined that although this encounter caused a delay in treatment and transport, the overall condition of the patient was not significantly affected.
As an agency, we reinforced the need to have this scene’s secured by local law enforcement. It was quite evident that the normal precursors to escalating events did not occur here and that we needed to pay better attention to our surroundings and the signs and or tells of the crowd.

We reiterated to all crews that their safety is paramount and no crews would ever face disciplinary actions if they chose to stage or wait for the police to enter any scenes regardless if the threat was real or perceived. We have discussed and promoted to staff to attend any course in self-defence techniques.

We probably average one or two incidents a week where we end up using restraints on violent patients for transport. We have discussed these situations and currently have protocols on how to restrain patients. We review through education and training they need for being aware of calls and how to react in these environments. We currently do not participate in active self-defence techniques. When this has been discussed at the state level other than protocols, there’s no real “official” training locally. However, these self-defence courses are offered at national conferences and locations throughout the US. Unfortunately, the cost is a large factor why individual agencies do not participate as a whole. It falls on the individual to attend and pay for these courses.

Epilogue: When I first heard about this course I was interested to see what it would entail. I honestly never thought that this would be one of the best courses I have ever participated in. When it came time to decide which event that I had encountered to write about, I chose this one as it reflected how a “normal” stabbing scene can go wrong without warning or provocation.

When I submitted the first draft of this I wasn’t sure what to expect in return. I was reviewed by two people and found both of the reviews to be professional and very informative. Reviewing the submissions was very enlightening. I can now see that this is not just a local dilemma but a national and worldwide issue. Even though we do not all face the same circumstances or challenges we all see violence on some level. By having these groups and discussions we are starting the process on how to deal with it. This forum also allows us not just have local input (which is what we usually use) but literally worldwide input. By having such a diverse group of people like this allows for collaboration that would otherwise not be accessed.

The community aid discussion group activities are very informative, in that they promoted dialogue and offered insight to other avenues of discussion. Some of the questions and answers where very insightful as to how other agencies work as well as some of the dilemmas they face. I see that some agencies are ahead in certain treatments pathways and some are catching up. Some of the videos were very informative and allowed me to see that even though we have violent and or volatile situations, for my agency we measure those on a monthly basis whereas some places it’s daily. I would like to see this continue in the same format and forum.
This course has taught me a lot about other EMS providers and systems I never would have had the opportunity to see and read about without this course. I found the stories fascinating and informative. The course management team was instrumental in keeping us all informed and up to date with where we stood”.

Dozing off driving the ambulance: the biggest problem of paramedics