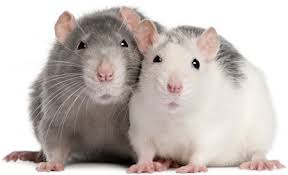 Machine learning can pinpoint rodent species that harbor diseases and geographic hotspots vulnerable to new parasites and pathogens. So reports a new study in the Proceedings of the National Academy of Sciences led by Barbara A. Han, a disease ecologist at the Cary Institute of Ecosystem Studies.

By combining ecological and biomedical data into a common database, Barbara was able to use machine learning to find patterns that can inform an early warning system for rodent-borne disease outbreaks.

The riskiest reservoir species are those that mature quickly, reproduce early and often, and live northern temperate areas with low levels of biodiversity.

Geographic areas found to have a high diversity of rodent reservoirs included North America, the Atlantic coast of South America, Europe, Russia, and parts of Central and East Asia. Predicted future hotspots of rodent reservoir diversity spanned arctic, temperate, tropical, and desert biomes, including China, Kazakhstan, and the Midwestern United States. A majority of new reservoir and hyper-reservoir species are predicted to occur in the upper latitudes.

Findings provide a basis for targeted surveillance efforts, which are vital given the cost of monitoring for emerging infectious diseases.

The release notes that the machine learning techniques applied in this study are currently being used to explore new questions, including potential reservoirs of Ebola virus and other filoviruses.

Wednesday Tips for Interschutz 2015: "From Hannover with fire!"