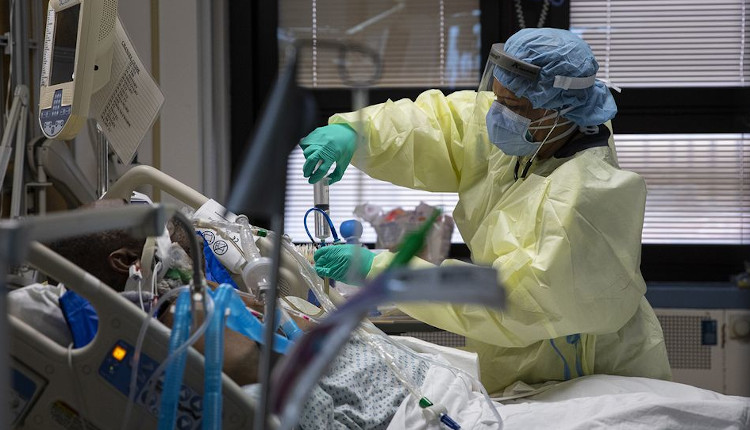 Researchers from the University of Yamanashi, Japan issued findings on the first case of meningitis associated with SARS-CoV-2. In this article, we are going to analyze the case report.

A young patient arrived at the ER by ambulance due to a convulsion accompanied by unconsciousness. During the emergency transport, he had transient generalized seizures that lasted about a minute. He had obvious neck stiffness. The specific SARS-CoV-2 RNA was not detected in the nasopharyngeal swab but was detected in a CSF. Afterwards, they will discover some important details, like the relation between meningitis and COVID-19.

Authors claim this case as important because this case report shows that unconscious patients are potentially infected by SARS-CoV-2 and might cause horizontal infection. We specify that the authors declare no conflicts of interest. Sources and more on authors at the links at the end of the article.

The patient was 24 years old and he had never been to any foreign countries. On day 1, he felt generalized fatigue and fever. On day 2 and 5 he saw doctors nearby twice and was prescribed Laninamivir and antipyretic agents. Later, he visited another clinic because of the worsening of his previous symptoms, headache, and sore throat. He underwent chest X-ray examination and blood test resulted in negative findings. His parents found him on the 9th day, lying on the floor in his vomit and unconscious. He was immediately transported to the hospital in Yamanashi by ambulance.

They did not detect anti- HSV 1 and varicella-zoster IgM antibodies in serum samples. A brain MRI showed hyperintensity along the wall of right lateral ventricle and hyperintense signal changes in the right mesial temporal lobe and hippocampus, suggesting the possibility of SARS-CoV-2 meningitis. This case warns the physicians of patients who have CNS symptoms.

Meningitis associated with SARS-CoV-2: the diagnosis and the first steps in treatment

He had a Glasgow coma scale (GCS) of 6 (E4 V1 M1) with hemodynamically stability once he arrived at the hospital. As said at the beginning, he had neck stiffness and blood tests showed an increased white cell count, neutrophil dominant, relatively decreased lymphocytes, increased C-reactive protein. Subsequent investigations included systemic CT demonstrating no evidence of brain oedema.

The chest CT showed there was small ground-glass opacity on the right superior lobe and both sides of the inferior lobe. On a further lumbar puncture examination, his cerebrospinal fluid was clear and colorless, and the initial pressure was greater than 320 mmH2O. The CSF cell count was 12/μL–10 mononuclear and 2 polymorphonuclear cells without red blood cells. Anti-HSV 1 and varicella-zoster IgM antibodies were not detected in serum samples. The RT-PCR test for SARS-CoV-2 was performed using a nasopharyngeal swab and CSF because we assumed that a SARS-CoV-2 was involved in the outbreak. Although the specific SARS-CoV-2 RNA was not detected in the nasopharyngeal swab, it was detected in CSF.

They carried out endotracheal intubation and mechanical ventilation during the treatment. These actions were required because of multiple epileptic seizures. They transferred him to the intensive care unit (ICU) with the clinical diagnosis of meningitis and viral pneumonia.

The ICU treatment of meningitis due to SARS-CoV-2

The patient was empirically started on intravenous (IV) ceftriaxone, vancomycin, aciclovir and steroids after the ICU admission. He also underwent intravenous administration of Levetiraceta for seizure. They also administered Favipiravir via nasogastric tube for 10 days since day 2. Brain MRI was performed 20 h after admission to the ICU (Figure 1).

The images explain respectively that:

A) Diffusion-weighted images (DWI) showed hyperintensity along the wall of inferior horn of right lateral ventricle.

On 15th day, medics were keeping on the treatment for bacterial pneumonia and impaired consciousness due to encephalitis associated with SARS-CoV-2 in the ICU. Medics declared there were no competing interests and that patient relatives gave their written consensus for publication.

In accordance with the National Institute of Infectious Diseases guidelines in Japan, they collected clinical specimens for SARS-CoV-2 diagnostic testing. Nasopharyngeal swab specimens were collected with synthetic fibre swabs. They inserted each swab into a separate sterile tube containing 1 ml of phosphate-buffered saline (PBS) supplemented with 0.5% BSA. Spinal fluid was collected in sterile specimen containers. The Yamanashi University Hospital Laboratory Department examined immediately the specimens or stored at 4 °C until ready for examination.

Therefore, they re-examined the same specimen again and found that 2/2 samples were positive for N, but not for N2, even if the nasopharyngeal swabs were negative for both N and N2.

What does this case report make us understand?

This report described the first case of meningitis/encephalitis associated with SARS-CoV-2. This case report, in particular, shows the neuroinvasive potential of the virus. Researchers cannot exclude SARS-CoV-2 infections even if the RT-PCR test for COVID-19 using the patient’s nasopharyngeal specimen is negative.

Plus, this case had significant paranasal sinusitis. Even if the connection between sinusitis and retrograde trans-synaptic transfer is obscure, medics should pay attention to nasal and paranasal condition in the diagnosis and treatment for SARS-CoV-2 infection.

Bear in mind that the symptoms of the encephalitis or cerebropathia may be the first indication of infection due to COVID-19 disease, as well as respiratory symptoms. Finding the suspected patient is the first step of a preventive measure against the pandemic.

SOURCE AND AUTHORS on SARS-CoV-2 meningitis

Red Cross, interview with Francesco Rocca: “during COVID-19 I felt my fragility”

COVID-19 blew all the Ambulance services and Rescue exhibitions away. Don’t panic, Spencer Experience Centre is here for you!

India, a quarter of New Delhi population has COVID-19 antibodies