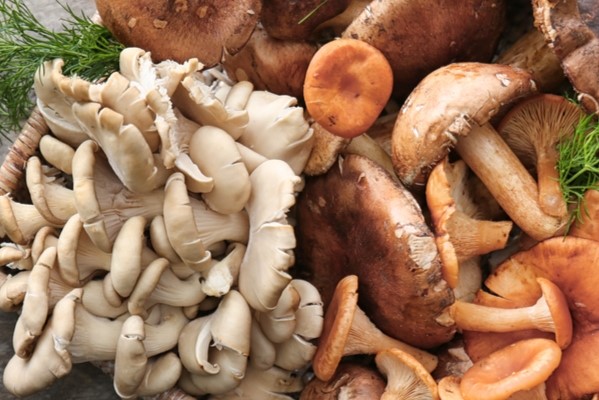 Poisonous mushroom poisoning: although mushrooms are not only eaten in the autumn, but are eaten all year round, the months after the summer months certainly see an increase in the availability of this “fruit of the earth” and the inevitable cases of poisoning

Every year, unfortunately, there is no shortage of mushroom poisonings requiring the intervention of specialists at the Poison Control Centre.

The symptoms are varied and depend on the species consumed.

In the most serious cases, the liver may be irreparably damaged and a transplant may be the only solution.

For greater food safety, mushroom consumers should take precautions when buying mushrooms (compare only those with the mycological control tag), transporting them (no plastic bags), preparing and eating them.

In the case of harvested mushrooms, however, it is important to have them checked by a mycologist.

One of the golden rules is not to improvise as an expert and to always ask a professional mycologist to check your harvest.

This is also because in some cases toxic species really are “doubles” of harmless ones and it takes a trained eye to recognise them.

Mushrooms, myths to dispel: it is not true that…

What to do in case of intoxication

If you become ill after ingesting unchecked mushrooms, do not attempt to treat yourself but go to the emergency room, taking all cooked and raw mushroom residues and cleaning remains with you.

If other people have eaten the same mushrooms, contact them immediately and send them to the emergency room.

There is no antidote to neutralise the deadly mushroom toxins, but they must be removed from the body as soon as possible by gastric lavage and the administration of powdered charcoal, as well as intravenous fluid infusion, which is necessary to balance the loss of water and mineral salts caused by repeated episodes of vomiting and diarrhoea.

How poisoning from inedible mushrooms manifests itself

The clinical manifestations are sometimes blurred and escape medical control because they are mistaken by the patient, but sometimes also by the treating physician, for flu-like gastroenteric syndromes.

Often more than one commensal is involved in intoxication and, depending on the onset of symptoms, one can distinguish between short latency symptoms, which occur between 30 minutes and 6 hours after ingestion, and long latency symptoms, between 6 and 20 hours.

In the case of ingestion of several fungal species, the time of onset of symptoms is obviously not significant: a species with a short latency masks one with a long latency.

Syndromes with a later onset usually characterise the most dangerous intoxications

They target the liver, and in the most serious cases can lead to very serious damage, so much so that sometimes the only remedy is a life-saving transplant. In particular they are:

– Phalloid syndrome (repeated episodes of vomiting and diarrhoea, acute hepatitis with possible need for transplantation. It is potentially fatal)

In short, mushrooms are not to be trifled with, and the only right moves to make the most of them are prudence and knowledge.