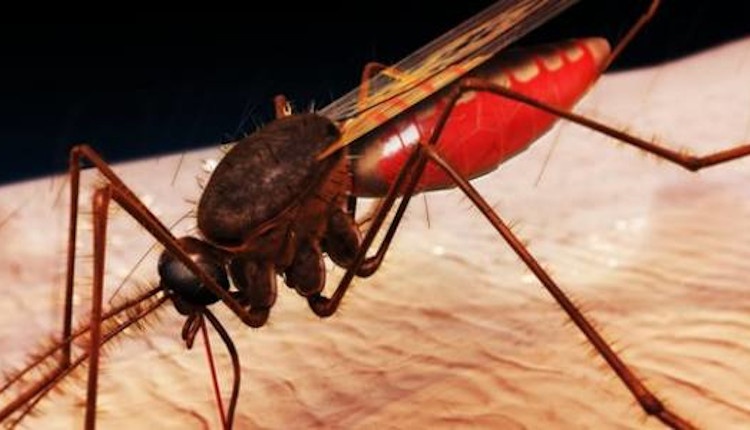 Dr Shane Kotze shares his insights on the prevalence and treatment of spiders and other insects stings and bites.

By knowing and understanding a few basic facts, thanks to these insights, you will be better equipped to deal with stings and bites and will be able to protect yourself and those around you from unnecessary harm.

Protect yourself against spiders and insects stings and bites this summer

3 October 2016, with the weather warming up, people are spending more time outside enjoying the sunshine. However, this is also the time when creepy crawlies start reappearing. Although most bites and stings by spiders and insects are merely their instinctive response to a perceived threat, this does not make them any less dangerous to humans as some could be fatal.

Dr Shane Kotze, who practices at Netcare Unitas Hospital’s emergency department, shares his insights on the prevalence and treatment of stings and bites. “We see many patients with a variety of insect and spider bites in the emergency department. These can literally range from minor mosquito bites to serious spider bites and scorpion stings,” he says. “The frequency of these cases tends to rise during summer, as people spend more time outdoors, thereby increasing their chance of exposure to insects and spiders.”

By knowing and understanding a few basic facts, you will be better equipped to deal with stings and bites and will be able to protect yourself and those around you from unnecessary harm. Dr Kotze explains:

“There is a difference between a bite and a sting. A bite comes from the ‘mouth’ of an insect or spider, while a sting is produced by a toxin or venom secreting part of an animal, such as a stinger or tentacle. With a bite, venom is passed via saliva into the skin while a sting ‘injects’ venom into the skin. It is important to know that there are two main types of venom produced by insects and spiders, which have different effects on the body.”

This type of venom attacks a person’s nervous system and can cause partial or total paralysis and can be fatal in some cases. What makes this venom life-threatening is that, due to the paralysis it causes, it prevents the person’s respiratory system from functioning, thereby making it impossible to breathe.

Cytotoxic venom has necrotic (cell and tissue destroying) effects. It causes cells to die off and rot and can have a variety of effects on the human body. The most serious is the development of infection and sepsis of the wound. “Cytotoxic venom can destroy tissue, which can become infected and, if left untreated, can cause life-threatening septicaemia,” says Dr Kotze.

Then, Dr Kotze warns that if you do get bitten or stung, clean the wound with a diluted antiseptic solution or apply antiseptic cream. Never scratch, prick, suck or cut the affected area, as this does not aid healing and may create a greater risk of infection.

It is normal for a sting or bites to cause slight redness, pain and swelling, but any excessive skin reaction, shortness of breath, vomiting, diarrhoea or change in the voice can be an indication of a severe allergic reaction. This is life-threatening and requires immediate emergency medical attention.”

According to Dr Kotze, many people tend to forget the secondary dangers of stings and bites. “Over and above the venom produced by insects and spiders, they can carry a variety of diseases and viruses. These can be spread via bites and stings and can include malaria, yellow fever, dengue fever and typhus to name a few. Many of these viruses and diseases can cause lifelong health issues and even result in death,” he adds.

Another secondary impact of stings and bites can be allergic reactions.

According to Dr Kotze, allergies are unpredictable and sometimes occur on the first contact with a substance. The most common are allergies to the venom of bees, wasps, hornets and fire ants. He adds that anyone who is aware that they suffer from life-threatening allergies should always carry a commercially available and prescribed adrenaline auto-injector with them.

Epipen(R) is the only device available on the South African market and should be used as prescribed and directed by a doctor. The best way to avoid getting stung or bitten is by reducing or preventing your contact with insects and spiders.”

Dr Kotze concludes with the following tips on how to avoid stings and bites this summer:

Snake Bites And Envenomations – What Advice Tourists Must Know When They Travel To Australia?