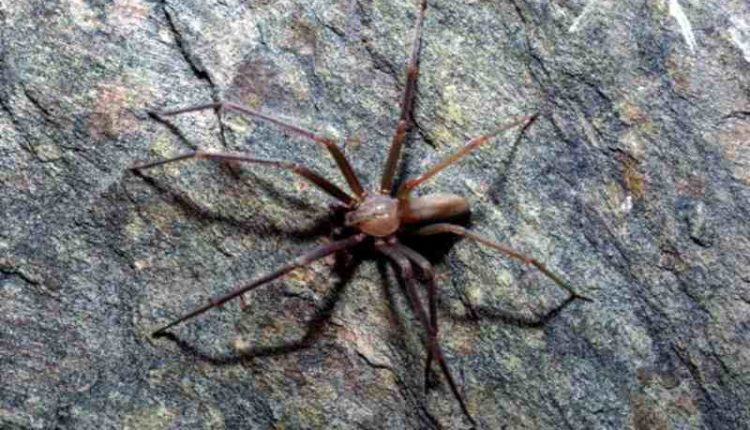 The coronavirus has heavily crushed any other piece of news. Like the discover of a new species of a brown recluse spider, and his potentially deadly bite.

This discovery by the entomology staff of the Universidad Nacional Autonoma de México, of this brown recluse spider, also called violin spider, is more relevant than one could suspect.

The brown recluse spider or violin spider, the new species discovered in Mexico

In Mexico, as we said, a team of entomologists has made an important discovery: a new species of borwn recluse spider, or violin spider. With this new one, there are 38 species of this arachnid present in the Central American area.

The entomology staff, coordinated by Professor Alejandro Valdez-Mondragon, analyzed the morphological and biological-molecular characteristics, identified Loxosceles tenochtitlan, similar but not identical to its “cousin” Loxosceles misteca.

It is useless to underline how a correct identification of the various species is essential in the diagnostic and therapeutic approach: having the different arachnids with dissimilar characteristics, they require targeted and ad hoc approaches.

The brown recluse spider in Italy

Let us be clear: the brown recluse spider or violin spider, also called hermit spider, is shy and anything but aggressive. In other words, he does not come out to bite you, on the contrary, when he sees a human being rapidly runs away.

He neither loves sunlight and the excessive cold, therefore he tends to slip into houses and in dry and dark places, like among our clothes in the wardrobes and drawers. This is basically the problem: he can be found among our stuff and one bite of him could be lethal.

The level of danger varies from species to species, and there are about 140 of them. The lethal level rises especially in patients with frailty and other diseases.

The case of Ernesto Mantovanelli, 63 years old, former paratrooper of the Italian Folgore. He was bitten by a brown recluse spider while he was at the Parini Hospital in Aosta for a severe kidney failure in January 2020.

He died shortly after. The outcome of the controversy between family members and the hospital will determine how much the violin spider has affected the patient’s physique.

Another case occurred in January in Castelnovo Monti, in the mountain area of Reggio Emilia. In the area of the famous Pietra di Bismantova, a lady with a complicated past clinical situation was bitten and suffered, alas, all the effects of cellular necrosis that induces the enzyme contained in its poison, sphingomyelinase D.

Wanting to summarize, the Italian species, Loxosceles rufescens, with his own bite is able to engage a process known as loxoscelism, which causes necrosis of tissues, including muscles.

And as it is not particularly painful, it is often mistaken by the victims for an insect bite, such as the mosquito or the bee. This wrong “self-diagnosis” is a problem into the problem, as time goes by and the possibility of an efficient intervention by first responders is like zero.

There is in fact an antidote, which however has a greater chance of effect as soon as it is administered.

What to do in case of snakebite

INDIA: fishes and insects in the flooded Nalanda hospital, but the real worry is for snakes.

Snake bites and envenomations – What advice tourists must know when they travel to Australia?

How to store medicines in wilderness and EMS environment – Read the guidelines!

California wildfires: in Woolsey, around 3,700 firefighters at work. Another priority is saving animals!

Coronavirus, Trump attacks the World Health Organization saying that "it is a puppet of China"