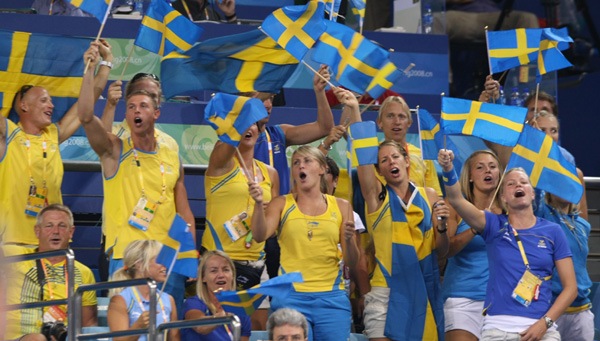 Temporal Trends in the Incidence and Prognosis of Aortic Stenosis

The aging of Western populations is expected to result in increasing occurrence of aortic stenosis (AS), but data are limited. Recent studies have reported declining incidence and mortality for other major heart diseases. We aimed to study temporal trends in the incidence and prognosis for AS in Sweden.

Methods and Results—With the use of nationwide registers, all adult patients in the Swedish population with a first diagnosis of AS, heart failure, acute myocardial infarction, and aortic valve replacement for AS between 1989 and 2009 were identified and followed up until the end of 2010 for all-cause and cardiovascular-related mortality. The age-adjusted incidence of AS in Sweden declined from 15.0 to 11.4 in men and 9.8 to 7.1 in women per 100 000 between 1989 to 1991 and 2007 to 2009, and the median age at diagnosis increased by 4 years for both men and women. The age- and sexadjusted relative risk of 1- and 3-year mortality in 2007 to 2009 was 0.58 (95% confidence interval, 0.53–0.63) and 0.60 (95% confidence interval, 0.56–0.65), respectively, compared with 1989 to 1991. Similar improvements were observed for heart failure and acute myocardial infarction. Findings were broadly consistent across subgroups. Postoperative mortality at 30 days declined despite increased median age at diagnosis.

Conclusions—Incidence and mortality rates in AS in Sweden declined between 1989 and 2009 to an extent similar to that observed for heart failure and acute myocardial infarction. These findings could suggest that improved risk factor control and cardiovascular therapy, combined with increased use of aortic valve replacement in the elderly and reduced perioperative mortality in aortic valve replacement, have translated into favorable effects for AS.
(Circulation. 2015;131:988-994. DOI: 10.1161/CIRCULATIONAHA.114.012906.)

Temporary Roof: How to install a Blue Roof