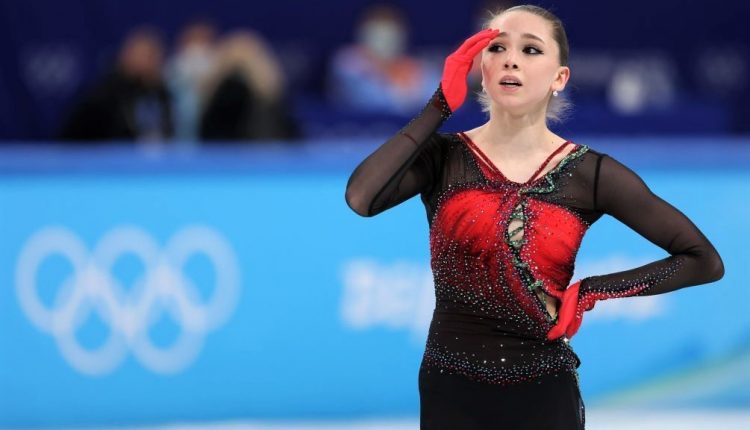 What Is Trimetazidine and Why Is It Banned at the Olympics?

According to the International Testing Agency (ITA), she failed a drug test during a urine sample collection by Russian authorities back on Dec. 25, 2021.1 However, confirmation only came out this week.

The case will be heard by the Court of Arbitration for Sport (CAS), with a decision needed before Valieva’s next event in the women’s singles short program on Tuesday, February 15, 2022.

It’s not yet clear whether Valieva has any heart conditions.

What Is Trimetazidine and What Is It Used For?

Trimetazidine is a drug used to prevent or treat angina attacks—which is a type of chest pain caused by reduced blood flow to the heart—and other heart-related conditions.

It works by increasing blood flow to the heart and limits rapid spikes in blood pressure. (2)

“The drug can make the heart more efficient, reduce the oxygen consumption of the heart, and [cause] less stress on the heart,” Michael Joyner, MD, an expert in human performance and a Mayo Clinic anesthesiologist.

“It could be beneficial in patients who either have heart failure or who have coronary artery disease blockages.”

The medicine has also been used to treat symptoms of vertigo (a spinning sensation and dizziness), tinnitus (ringing in the ears), and reduced vision or visual disturbances, according to the European Medicines Agency.

Under current recommendations, the drug should not be prescribed for patients with vertigo or tinnitus.

It should only be used as a symptomatic treatment or as an add-on treatment in patients with angina (chest pains).(2)

Is Trimetazidine Legal to Use?

Medicines that contain trimetazidine have been accessible since the 1970s and are currently available in Bulgaria, Cyprus, Denmark, France, Germany, Italy, Portugal, Spain, and many others. (2)

Johnson-Arbor said while the drug has been used for years in Asian and European countries as a treatment for heart disease, it is not approved by the Food and Drug Administration (FDA) for clinical use in the United States. (3)

Why Is Trimetazidine Banned in Sports?

Trimetazidine has been listed in the World Anti-Doping Agency’s (WADA) list of prohibited substances since 2014 under the  “hormone and metabolic modulator” category.

It is illegal for athletes to use both in and out of competition due to evidence of performance enhancement. (4)

Kelly Johnson-Arbor, MD, a medical toxicologist and co-medical director at the National Capital Poison Center, told the medication is considered a performance enhancement drug because it may have beneficial effects on exercise capacity and energy.

“While it does not have the muscle building or stimulant-like effects of many commonly recognized performance-enhancing or doping drugs, trimetazidine may enhance athletes’ physical efficiency and endurance,” she said.

The drug could also affect metabolism in a way that could improve skeletal muscle or heart performance, Joyner added.

This kind of improvement in endurance is crucial for athletic performance.

Typically, when used as a performance-enhancing drug, trimetazidine starts to work within hours of swallowing a single dose, and the clinical effects can last for days.

It may be detected in athletes’ urine for several days after their last use of the drug.

But it might actually not have much of an effect on young and healthy adults or athletes.

“This is unlikely to improve performance in young athletes like [Valieva],” Joyner said.

“The heart of a person like this is working at peak efficiency and their muscles can burn all the glucose you need, it’s really unlikely to have many performance-enhancing benefits at all.”

Some doctors even suggest the drug could hurt her. (5)

While trimetazidine can optimize the heart’s metabolic function under stress, there are also risks to taking the drug

Side effects of trimetazidine include gastrointestinal distress, tremors, and weakness, according to Johnson-Arbor.

There could also be severe adverse symptoms after long-term use of the drug, including Parkinsonian symptoms (a disorder that causes muscle stiffness, involuntary muscle movements, and difficulty walking). (6)

“While the effects of trimetazidine have not been specifically studied in children, it’s likely that the side effects of the drug are similar in both children and adults,” Johnson-Arbor said.

Johnson-Arbor added that trimetazidine has been detected in urine samples of athletes in various sports including swimming, football, weightlifting, and cycling.

Other Russian athletes have also used the substance including Nadezhda Sergeeva, who was disqualified in the 2018 Pyeongchang Winter Olympics two days before her bobsledding race after testing positive for the drug in 2014. (9)

Longman J, Kolata G, Tumin R. What is trimetazidine? Would it have helped Kamila Valieva of Russia? The New York Times. Published February 11, 2022.

Angina Pectoris: What It Is And How To Treat It

Nigeria: delivery of drugs and medical supplies to be carried out using Zipline drones

What is aphasia, the disorder for which Bruce Willis left the cinema?