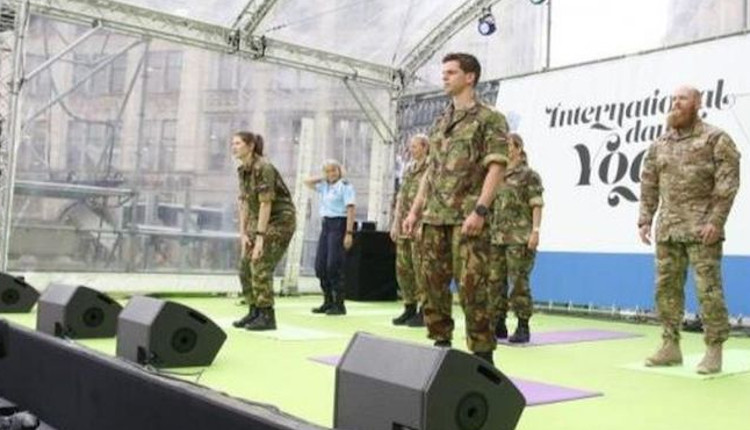 The Embassy of India in The Hague will launch the celebrations for the International Yoga Day and the Dutch Army and police personnel will virtually showcase yoga asanas.

On the occasion of the International Yoga Day, the Dutch Army and police personnel will accept for the second time the invitation of the Indian Embassy, that celebrates this event each year. The online celebration will be sent in streaming on the Embassy’s Facebook, Twitter, Instagram and YouTube channels.

International Yoga Day – The introduction of yoga in the armed forces

“The Dutch Ministry of Defence has introduced yoga for armed forces to enrich their training programme and reduce stress with yoga sessions being held weekly at various barracks”, this is what the official Portal of Indian Government reports (link to the official statement). Military and Law Enforcements will be trained by yoga instructors in order to strengthen the mental fitness and agility.

India’s Netherlands’ Ambassador will open the International Yoga Day and the Dutch army and police representatives will show their yoga skills as part of the online celebrations.

The entire programme will be interactive and viewers will be invited to send their yoga videos on this year’s theme of “Yoga at Home, Yoga with Family” with prizes being given for the best entry. Free yoga lessons will be being offered at The Gandhi Centre which is the cultural wing of the Embassy of India in The Hague.

Indian Embassy in the Netherlands

Tourniquet or no tourniquet? Two expert orthopaedics speak on the total knee replacement

Do you wash your hands correctly? A Japanese artificial intelligence will check it out