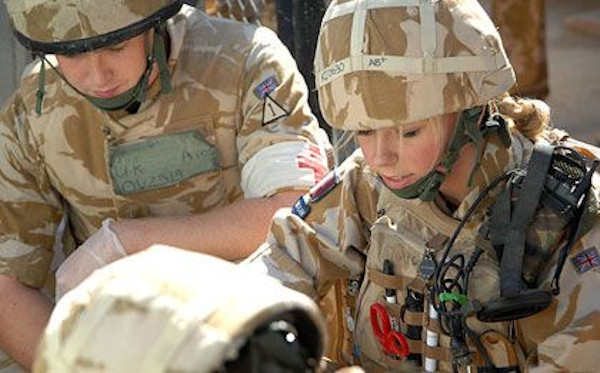 On the International Nurses Day 2020, the British Army decided to celebrate the 200th anniversary of Forence Nightingale’s birth. Every year the world celebrates this pioneering nurse and her vital role in medicine and emergency care. The British Army Nursing Service has been led by her example.

Even if the fight against Coronavirus has limited this year’s activities, the British Army declared that their memebers and their partner organisations will still take time to remember Florence Nightingale’s life and the vital role nurses play in keeping safety in war and peace during the International Nurses Day celebration.

Florence Nightingale, the Lady with the Lamp – The British Army remembers

Florence Nightingale, ’The Lady with the Lamp’, was born in Florence, Italy in 1820 and is perhaps most famous for her role in establishing a professional nursing service for the British Army during the Crimean War. Florence used her understanding of hygiene, management, and statistics to control and reverse outbreaks of typhus, typhoid, and cholera at the base hospital at Scutari in Turkey.

The use of statistical analysis was critical to curbing disease. Indeed, it is her ground-breaking work with statistics on which the fight against coronavirus is being built today. After the War, Florence wrote a nursing manual, Notes on Nursing, and founded the Nightingale Training School at St Thomas’ Hospital in 1860. By the time of her investiture with the Royal Red Cross in 1883, Nightingale Nurses were leading nursing teams in hospitals all over the World. Florence died at her home in London in 1910.

Today the QARANC is the nursing branch of the British Army and part of the Army Medical Services; many Army nurses are currently working in support of the NHS in the fight against the Coronavirus, walking in the footsteps of Florence Nightingale.

Although social distancing has made the physical celebration of this special anniversary impossible, our partners at the National Army Museum (NAM) have put together an online exhibition of Florence’s work in collaboration with the Florence Nightingale Museum. The highlight of the NAM’s commemorations will be a live webinar at 1200 hrs on Friday 15th May 2020 which will examine Florence’s life and legacy.

Emma Mawdsley, Head of Collections Development and Review, will shed light on their fantastic collection of objects relating to Florence and her nursing career and will be joined by David Green, Director of the Florence Nightingale Museum, and Colonel Ashleigh Boreham, Commanding Officer of 256 (City of London) Field Hospital, who has been leading the military effort to build and operate the NHS Nightingale Hospital London at the ExCel Centre.