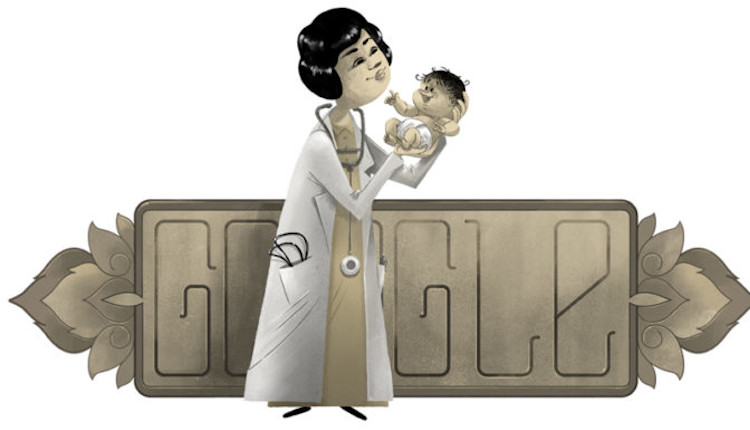 Today, 29nd May 2020 Google is celebrating the 122nd birthday of Thailand’s first woman doctor with a Doodle. Margaret Lin Xavier also called Dr Lin, made history as she has bee the first woman to provide medical care in Thailand.

Considered Thailand’s first woman doctor, Margaret Lin Xavier was the first woman to be an expert on obstetrics and gynaecology, speaking of modern medicine. She was born on 29 May 1898 in Bangkok to a family with Portuguese descent. We only know information about her father, who was the Under-Secretary of State for Foreign Affairs Phraya Phipat Kosa.

Dr Lin obtained a degree at the London School of Medicine for Women. Previously, she attended the Convent of the Sacred Heart in Penang, and later the Clark’s Commercial College in London when her father moved there for work. Her career started at the Royal Free Hospital.

In 1924 she got back to Thailand and began working for the Thai Red Cross at Chulalongkorn Hospital as an obstetrician. Dr was 26 and she also opened the “Unagan”, a clinic on Si Phraya Road with her sister, Chan Xavier, a pharmacist who was trained in England.

Women nationwide came to Dr Lin’s clinic to have treatment in obstetrics and gynaecology. As many of them could not afford such care, she had treated many of them for free of charge, including sex workers. She was also remembered for her passion and dedication to her job. They say she also breastfed her children herself while working inside the clinic. At that time, a woman with her status would not work as doctors or take care of any kind of patient, especially in Thailand. She is a symbolic figure for Thailand and its story of medicine.

A piece of Italy in Thailand’s cave emergency operations

Who was Dr Lin?

The Medical Council of Thailand

Top 5 paramedic and healthcare workers jobs in the United States, Mexico, Ireland and the UK