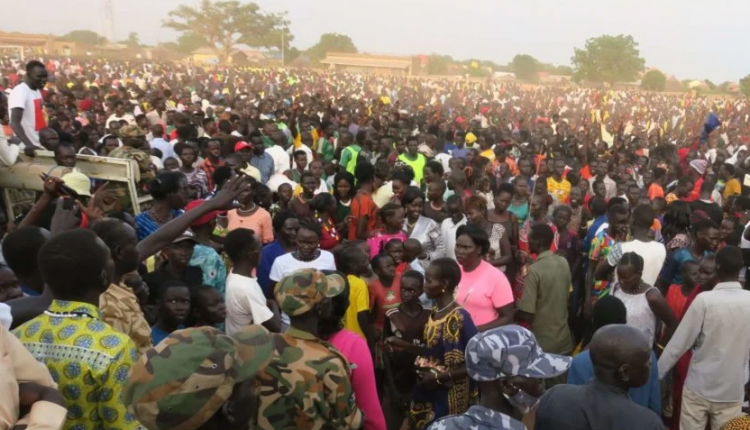 South Sudan, zero anti-Covid vaccines. The president of the National Forum of Journalists in the African country describes the emergency situation: “We continue to deal with insecurity, violence and lack of food and services”

Covid is invisible. In fact, it can only be seen because of import restrictions at the border. Masks are few and far between.

Vaccines are nowhere to be seen, because stocks have run out.

And the problem is always the same: peace, which remains at risk.

Zero vaccines and peace at risk: this is South Sudan as told by Koang Pal Chang, voice of Eye Radio and president of the National Forum of Journalists

This week, the news came that, after running out of AstraZeneca stocks arrived thanks to the United Nations, inoculations against the new coronavirus have stopped.

The three vaccination centres still operating, all in the capital Juba, have been closed.

In March, the government had received 132,000 doses but then, due to the difficulties of the campaign and the approaching expiry date, most of the vials were transferred to neighbouring Kenya.

According to the Ministry of Health, to date only 50 thousand people have been vaccinated with the first dose and 4 thousand with both.

This is a small minority in a country of ten million inhabitants, many of whom have been displaced by the civil conflict that broke out two years after Sudan declared independence on 9 July 2011.

According to a study published in 2018, the direct and indirect victims of the war number almost 400,000.

Those in need of humanitarian assistance, however, remain in the millions, around 83% of the population.

Pal Chang spoke a few days after the anniversary of independence.

Not about celebrations or big projects, but about daily problems and short-term concerns.

“The government of South Sudan has recently relaxed its anti-Covid restrictions, and people are only reminded of the virus because of the blockage of supplies at the border,’ he says

“What is worrying is the lack of food and security.

Salva Kiir and Riek Machar remain president and vice-president despite being among those responsible for the conflict fought between 2013 and 2018.

A power struggle that ended up pitting some of South Sudan’s more than 60 communities against each other, starting with the majority communities, Kiir’s Dinka and Machar’s Nuer.

The peace agreements, mediated by the African Union, have encouraged an attempt at normality without resolving tensions.

He is convinced that amidst a thousand difficulties there remains hope that peace will be consolidated.

“The signatories to the agreement do not seem to have the political will to respect it, and this is frustrating the efforts of the international community, the African Union, the Intergovernmental Authority on Development and neighbouring countries.

The oil wells, of which South Sudan is rich, were not enough to guarantee peace and development.

They were at stake during the conflict with the Khartoum government fought between 1983 and 2005, before the referendum and independence.

According to Pal Chang, the problem is the political class, which was born and bred out of war.

“The international community needs to put more pressure on our leaders to commit to peace,” he concludes. “Otherwise nothing will ever change here”.