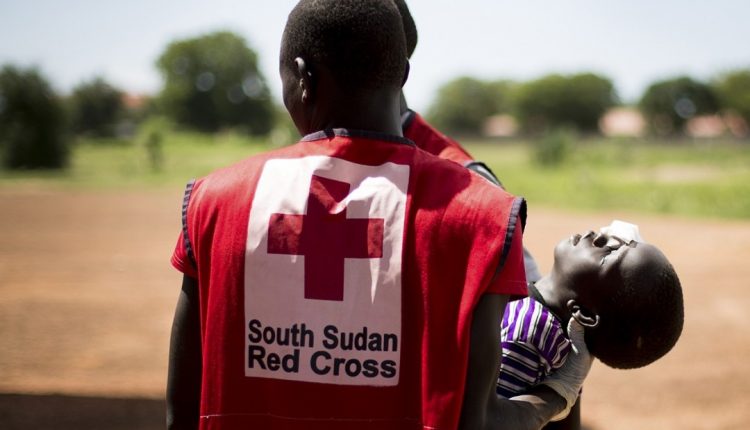 9 July marks a decade of existence for South Sudan, the world’s youngest country – and it is a decade that has battered communities and families across the country with conflict and armed violence

The already fragile health-care system has been further weakened or destroyed, by the violence and this is only one of the tragic consequences of the protracted crisis in South Sudan

In remote areas of South Sudan, people die of preventable and treatable diseases.

“I have to walk for four hours from my village, crossing two rivers, to get treatment here in this health facility”, said Nyamuch Koang, a resident of Roam Village, Unity State. “Just last year, someone from our village, suffering from diarrhea, died on the way while they were trying to rush him to this health facility because of the distance to this place, he could not make it.”

Wounds that can be easily treated if a patient has access to quick treatment can become much more serious.

“A patient came after a few days and he had a lot of soft tissue injury, a lot of bone injury.

We had no option but to offer him the best treatment, which was amputation. But we are not here to amputate, we are here to save lives and save limbs. If they had services at their locality, then we could prevent some of the complications”, explains Dr. Belayneh Assefa, a surgeon working at Juba Military Hospital surgical unit, supported by the International Committee of the Red Cross (ICRC).

Underscoring the scale of the violence is the fact that the ICRC has provided surgical care to more than 9,000 weapon-wounded patients since the birth of the world’s newest country in July 2011.

In 2020, women and children comprised nearly a quarter of these patients treated by the ICRC.

Attacks against medical personnel and facilities, as well as limited number of health workers are some of the factors that contributed to this dramatic situation.

In the past ten years, the ICRC has provided almost 1.5 million consultations in the primary healthcare centers it supported.

South Sudan, The Second Round Of Polio Vaccination: Target To Vaccinate 2.8 Million Children

Motorcycle ambulance: what is it, and when is it essential to use it? Find out at the Piaggio stand at Emergency Expo