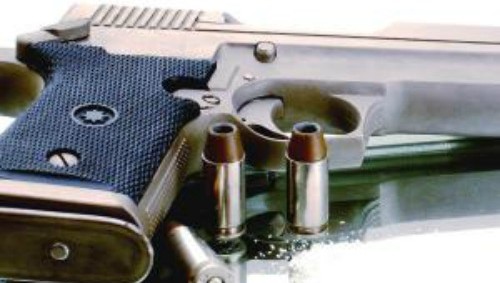 Durban – Two men were killed and two were injured on Wednesday when a group of men opened fire on a security convoy going through Stanger Manor, KwaDukuza, KwaZulu-Natal police said.

According to KwaZulu-Natal health MEC Sibongiseni Dhlomo the armed assailants then stormed into the casualty ward at the Stanger Provincial Hospital, where the victims had driven themselves, but left without firing any shots.

Police spokesman Colonel Jay Naicker could not confirm this. He said the security convoy was ambushed at 6.30am by a group of between 10 and 15 men.

A member of the security convoy died on his way to hospital.

Naicker said police found a man who had been admitted to a hospital with gunshot wounds and believed he could have been one of the shooters.

“We have called in reinforcements from the surrounding police stations into the KwaDukuza area to assist in stabilising the area and to discourage further occurrences of this nature.”

Dhlomo condemned the shooting and said it led to the closure of the casualty ward at Stanger Provincial Hospital.

His department said the driver of one of the cars that was shot at arrived at the hospital around 6.45am.

One of the occupants was declared dead on arrival, one was critical with a gunshot wound to the head and another man had a minor leg injury.

“It is alleged that about five minutes later, assailants with assault rifles entered the hospital premises, to the horror of patients and health care workers.”

No shots were fired and they left the hospital .The casualty ward was temporarily closed.

The department said the patients and visitors would be screened to “confirm their bona fides”.

In a statement, Dhlomo said what happened was unacceptable.

KwaZulu-Natal police commissioner Lt-Gen Mmamonnye Ngobeni said the Hawks would take over the investigation and the shooting would receive high priority.

Naicker said cases of attempted murder and murder would be opened for further investigation.

“It is still too early to speculate on the motive for the attack,” he said.

KWAZULU-NATAL Health MEC, Dr Sibongiseni Dhlomo has condemned the violence which has led to the closure of the casualty ward at Stanger Provincial Hospital earlier today. This follows a shooting incident which left one person dead and saw armed assailants storming into the ward.

It is alleged that at about 06h30 there was a drive-by shooting of occupants of a vehicle by unknown assailants not far away from the Hospital. Some of the occupants were injured. However, the driver was able to reach the Hospital.

On arrival at the hospital at about 06h45, one of the occupants was declared dead, another was critical with a gunshot wound to the head, while the third had a minor wound to the leg.

It is alleged that about five minutes later, assailants with assault rifles entered the hospital premises – to the horror of patients and healthcare workers.

However, the men quickly exited the premises and got away.
The incident led to the temporary closing off of the casualty ward. Every patient and visitor to the hospital is currently being screened in order to confirm their bona fides.

Dr Dhlomo said: “What has happened here is totally unacceptable. Our province comes from a history of violence and we’ve worked very hard to ensure that our people live in peace. It’s worse now when frail people can’t even access health services due to such senseless incidents.”

How to manage behavioral emergencies