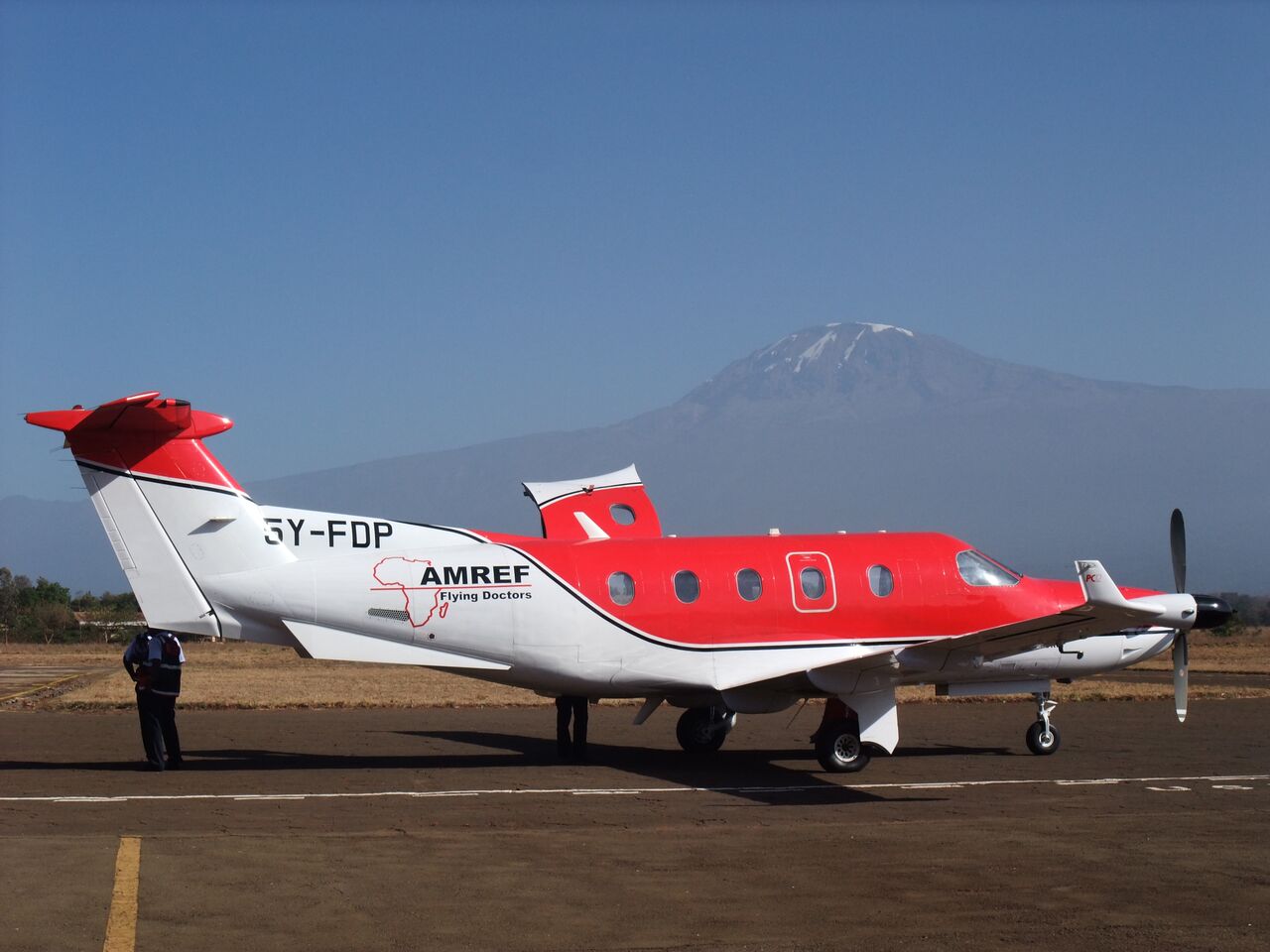 In occasion of the 60th anniversary of AMREF Flying Doctors, we got in contact with the Chief Executive and Medical Director of the organization, Dr. Bettina Vadera.

She explained that AMREF Flying Doctors is part of AMREF Health Africa humanitarian Health Organisation and they are recognized worldwide. But, let us understand precisely in which the activity of this long-life organization consists.

“It started 60 years ago, precisely in 1957 as the flying doctor service of Africa. It has been an idea of three surgeons because in the past, like now-a-days after all, Africa is a very wide continent and reaching any part of it by car is impossible. So these surgeons started using aircrafts. They were pilots as well as doctors and by air is the most comfortable way to reach all patients in any location of the continent. They also took advice in Australia, where the famous Royal Flying Doctors are based. There was and there are now a very close relationship because our models are similar. By then they founded the modern AMREF which stands for African Medical and Research Foundation. But today it is known only as AMREF Health Africa and AMREF Flying Doctors is  part of this humanitarian organization

Since then, we expanded and we became more and more professional, we started taking patients longer distance and the number of flights increased. In 2011 the organization decided to set AMREF Flying Doctors aside as a company.

The profit that AMREF Flying Doctors generates goes back to the humanitarian association to support the work of AMREF Health Africa. This is the connection, we operate commercially  but our income supports the main humanitarian health organization.

Our core business is air ambulance service. This year we celebrate our 60th anniversary since the foundation of AMREF Flying Doctors.”

“From our base in Nairobi we can provide air ambulance services not only throughout the whole Africa, but also throughout the world if necessary.  Our fleet of short and long range aircraft allows us to transport patients to different countries in the world for repatriation. For example we can take patients to South Africa, but also to Europe, to Asia. We have even  transported patients all the way back to China and Australia. So when you look at our aircraft fleet, you find two Pilatus 12 which are perfect for bush airstrips, of which there are  many in Africa. We collect the patient from the bush and we transfer generally to Nairobi, where there are excellent medical facilities, and when the insurance comes in and the patient needs to be carried home again, which means for example to Europe, we use jet aircraft like Citation Bravo, Citation Excel and Citation Sovereign, which are able to cover long distance. 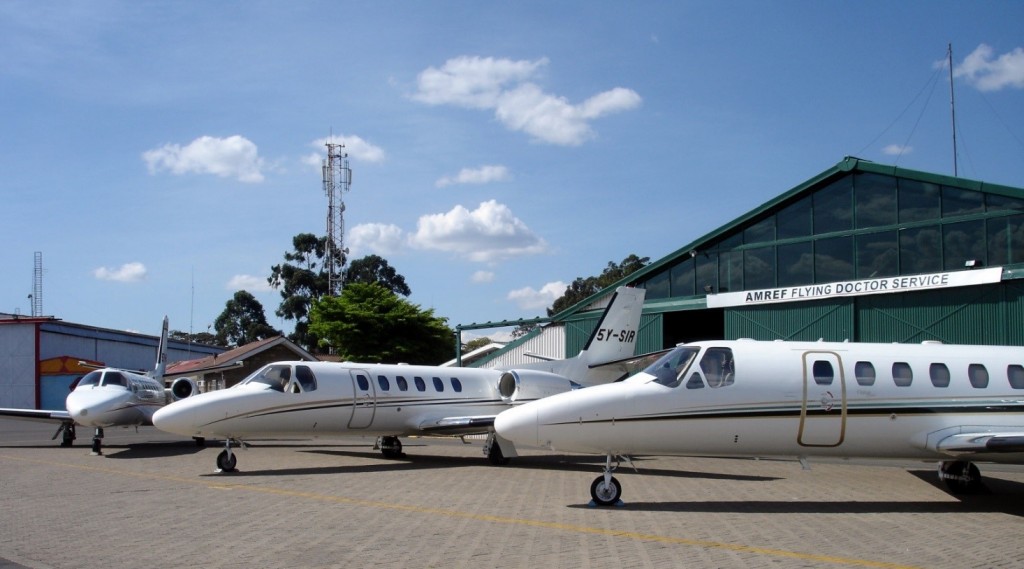 In total we have access to a fleet of 9 aircrafts, of which 3 are ours, while the other 6 are on exclusively lease agreement. Inside we configure the aircrafts to a level with which we can provide intensive care, so we can treat patients in any type of health condition because the range of equipment is like in an ICU  hospital, so we can face any kind of situation on board.

Our crew is composed by full-time flight nurses, who are all intensive care trained and part-time doctors who are mostly anesthetists or emergency physicians. So basically, our aircrew is full-time and we do around 1.000,00 patients transfers a year which include both international and national flights. Additionally we do medical escorts on commercial airlines. We are also internationally accredited by an organization called EURAMI which is based in Germany. We are accredited by them since 2007 and every three years we seek re-accreditation. We are proud of this because it requires the highest standards of  air ambulance transport to get awarded with the accreditation

Twice, in 2011 and 2014, we won an international Air Ambulance of the year award from the International Travelling Insurance. “

“We have contracts with many International Insurances and thanks to them we can provide repatriations and flights in many parts of the world. Locally and regionally we also have a membership scheme, called Maisha (in Swahili means “life”) and by now we count over 100,000 members, annual members and tourists members who have free access to our air ambulance services I mean, if you are covered by Maisha in Kenya for a year, you pay an annual membership fee of 25 dollars. For coverage of the Eastern Africa region you pay slightly more.

However, we can provide service also to those who do not have an insurance on a fee for service basis and we provide charity evacuation flights to those who cannot afford it but are in a critical emergency.”

“In case of critical and remote regions we have, as said before, two Pilatus aircraft- which are perfect 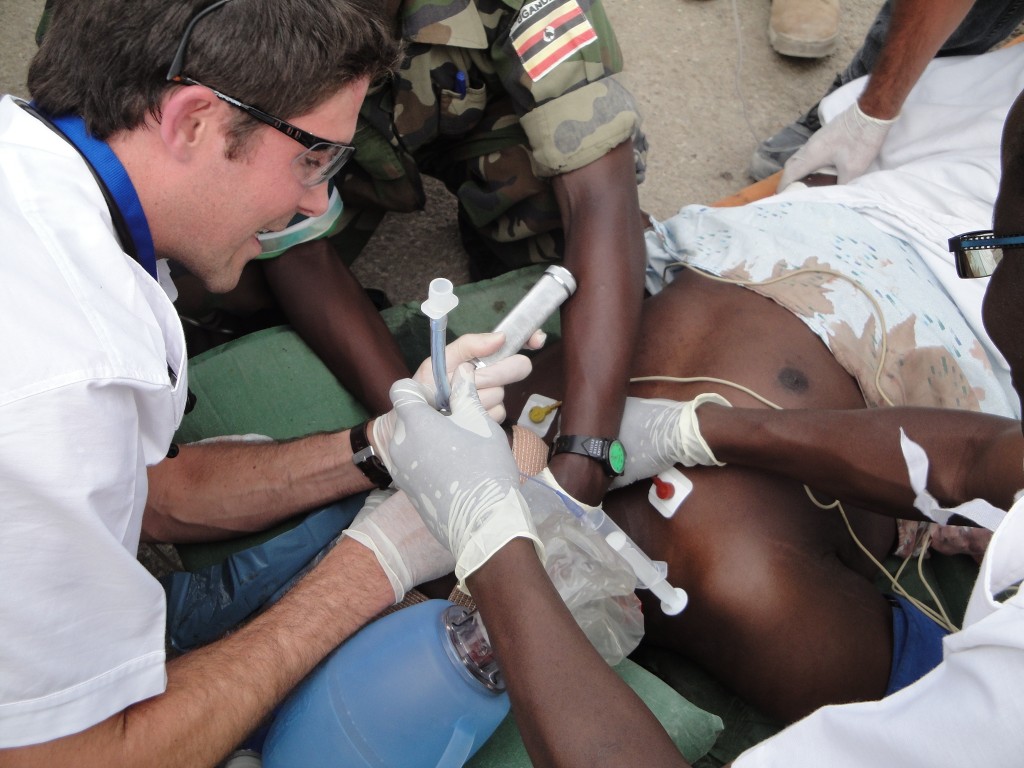 for the landing on short and rough airstrips. In particular if the ground is difficult because of sand or grass and not controlled, this is the best aircraft for us  to use. Sometimes we need to use helicopters if we have to evacuate people from Mount Kenya or Mount Kilimanjaro. In case of urban cities, they may have better runways and we use different aircrafts. There is difference in this sense.

In case of remote sites, we provide also charity evacuations. That is to say, we often get calls from very poor people or small facilities in remote areas which host patients who cannot pay for the service, but in this case they ask us for it and we fly the patient as well. Each year we spend 100,000 dollars to charity transports free of charge for the poor.

We also put our medical specialists of our crew at the service of AMREF Health Africa and take them to remote facilities to help people there under the Amref Outreach programme. So, we do not only provide medical evacuation, but a range of other useful services.”

“We have our full-time fly nurses ready to fly out on a 24/7 basis when we got a call. Their background is an intensive care diploma and we put them through extra aviation medical courses. The flight nurses are always accompanied by physicians, so it’s a team of two. Usually these are anesthetists work part time with us and generally work at the hospital. In order to have a fast response, we have a duty schedule, so we have a sure idea of who’s on call.

AMREF Flying Doctors also does provides medical trainings, like BLS and ALS trainings to anybody on request.”

“First of all we want to grow our membership base and increase our fleet of aircraft. For now we have some and we lease others, but we wish to keep on growing in this sense have a full fleet of aircraft. We want also develop a new app so that the people who need our help can be located quickly via GPS coordinates” 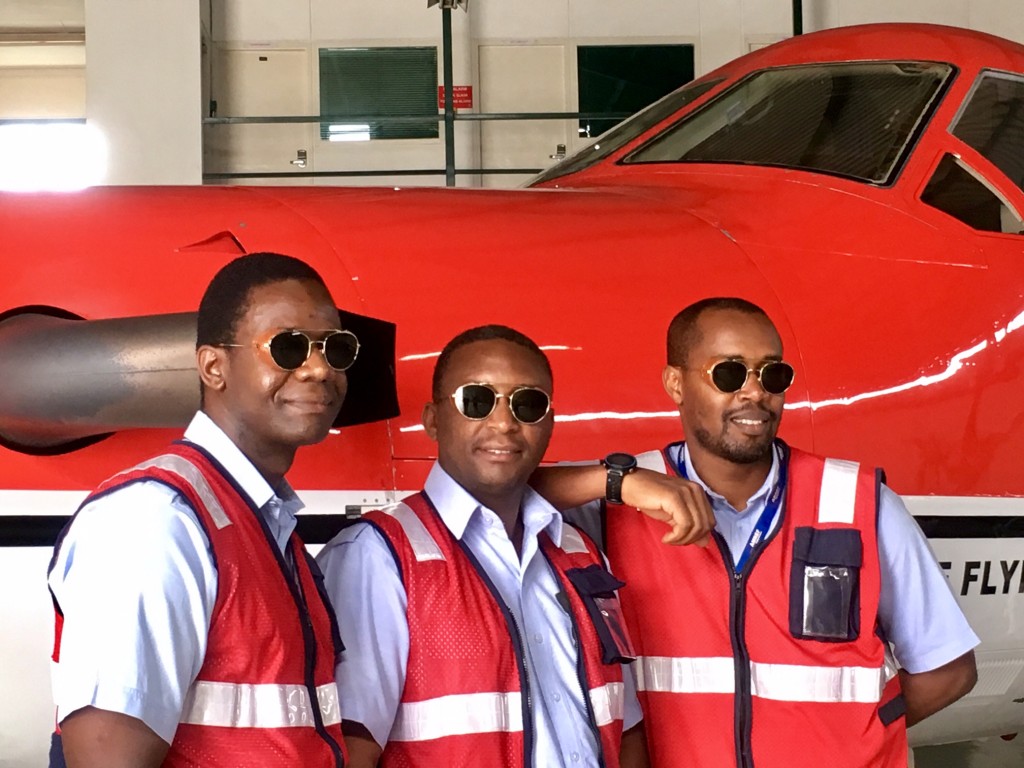 Does Uganda have an EMS? A study discusses the ambulance equipment and trained professionals lack