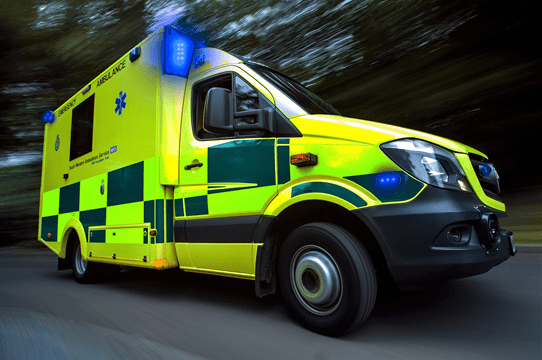 The issue of assaults on ambulance staff and paramedics is not peculiar to Italy, but is part of a worldwide picture

Recently, there have been complaints from institutions both in South America and in some European countries such as Great Britain.

In England, the South Western Ambulance Service NHS Foundation Trust (SWASFT) is responsible for the transport of patients by ambulance for the whole of the South West region, and is a major organisation.

South Western Ambulance Service NHS Foundation Trust (SWASFT) is concerned about a continued rise in assaults against its people.

Staff experienced 50 incidents of violence and aggression from patients and other members of the public between Christmas Eve and New Year’s Day, including 16 physical assaults.

That represents an 85% increase in overall incidents and double the number of assaults during the nine-day period, compared to the previous year.

On Christmas Day a crew responded to a patient holding a kitchen knife.

Then his car collided with their ambulance as he tried to leave the scene. Another crew responding to an incident were threatened with a baseball bat by a motorist.

A female paramedic was also assaulted while attending an incident.

Paramedic Mike Jones was appointed SWASFT’s Violence Reduction Lead in November as part of its ongoing work to protect staff.

He said: “We are disappointed by this concerning rise in violence and aggression towards our colleagues during the busy Christmas and New Year period.

“These incidents included our control room colleagues being verbally abused, and our ambulance crews being threatened, kicked, pushed, punched, spat at and subjected to other inappropriate behaviour.

“It is unacceptable to abuse and assault our staff, and it must stop.

“We continue to work with our police colleagues to ensure all offenders are brought to justice and our people can work without being threatened or attacked.”

Paramedics Stuart Brookes and James Hubbart were verbally abused and spat at by a patient who claimed to have coronavirus (Covid-19) during an incident in Bristol in November. The offender was sentenced to a total of 40 weeks in prison.

Three ambulance responders and a police officer were also assaulted by a female patient while attending an incident in Chippenham, Wiltshire on Saturday 9 January.

A woman was prosecuted on 13 January after punching a male paramedic in the stomach during an incident in Westbury, Wiltshire in May 2020.

A SWASFT spokesperson said: “Sadly our people experience violence and aggression every day while they are trying to protect and save people’s lives.

“This is unacceptable, and can have serious consequences on them, their families and colleagues. It can also delay or even prevent us treating those who really need our care.

“We are fully committed to supporting the health, wellbeing and safety of our people. That means we offer immediate support to anyone who experiences violence and aggression on duty. It also means we take whatever action is necessary to prevent them from harm and keep them safe.

“Please respect our people, and help them to help you.”

The #Unacceptable campaign, launched in 2018, aims to highlight the abuse and assaults faced by emergency services workers while on the job.

Access To Care In The UK: How Is The NHS System Organised In The UK?

Ambulance, how is the rescue network organized in Palestine?