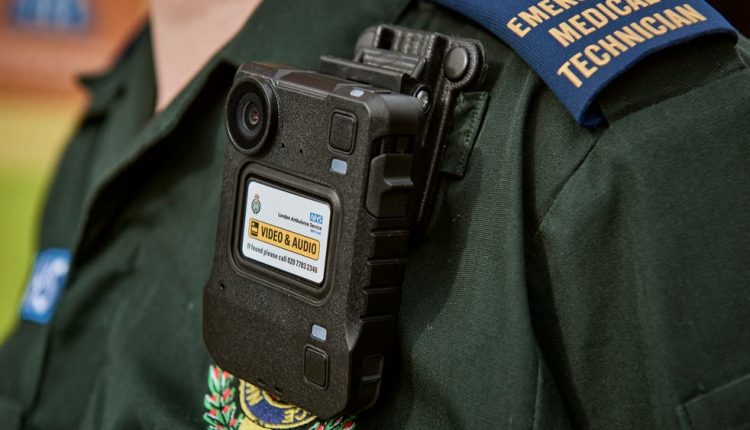 The South Western Ambulance Service NHS Foundation Trust (SWASFT) is rolling out the initiative to all its crews in Devon, Cornwall & Isles of Scilly, Dorset, Somerset, Bristol, Wiltshire and Gloucestershire.

Ambulance workers across the region reported 1,917 incidents of violence and aggression from patients and other members of the public during the 12 months up to 23 May 2021.

These included 588 verbal abuse incidents, 474 aggressive behaviour incidents, and 345 physical assaults, and represent a 38 per cent increase, compared to 1,387 incidents reported during the previous year.

The initiative is as part of a national project that was tried out in London and the North West.

Bodycams? A response to ‘A high and rising level of unacceptable behaviour’

Paramedic Mike Jones, the trust’s Violence Reduction Lead, said: “We are delighted to be able to provide body-worn cameras to better protect all of our crews throughout the South West.

“Sadly, our people continue to face a high and rising level of unacceptable behaviour while trying to provide emergency care to patients. This is having a profound and lasting impact on them, their colleagues and loved ones.

“We hope these cameras will deter many people from abusing our people, and know they could also help to prosecute those who do cause harm.

“They should also make our crews feel safer at work, and be able to do their jobs without fear of attack.

“Please respect our people, and help them to help you.”

The Government announced in the Queen’s Speech on 11 May that it is protecting emergency service workers by doubling the maximum sentence for assaulting people in the emergency services from 12 months to 2 years.

How To Perform A Rescue Action In A River: Calgary Firefighters Caught On Camera