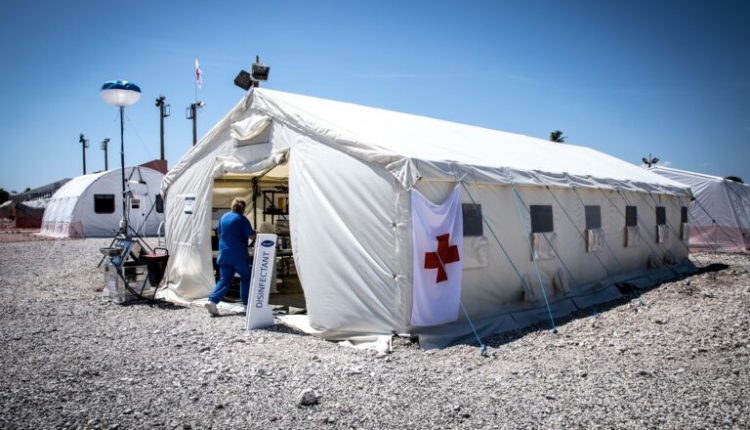 Haiti, people without water and medical care due to the earthquake: the Red Cross appeals

Water and medical care for the population of Haiti: more than a month after the devastating earthquake (7.2 magnitude) struck Haiti on 14 August, the country’s emergency is far from over

According to official estimates, about 2,200 people lost their lives in the earthquake, more than 12,000 were injured and 130,000 homes were destroyed or seriously damaged, including at least 25 health facilities, with the consequent collapse of the already fragile local health system.

Haiti, a very serious situation that mostly affects the population of the southern regions, Grand’Anse and Nippes

The needs of the local community, already very high, have increased dramatically, in a context already strongly marked by socio-political instability, the tragic effects of the COVID-19 pandemic and exposure to climatic disasters linked to typhoons and hurricanes, also exacerbating the emergency linked to the country’s food security.

Due to the damage caused by the earthquake to aqueducts and water distribution systems, more than 210,000 people in the most affected areas have limited access to safe water sources, exposed to high risks of contracting diseases related to contaminated water and poor hygiene.

The Haitian Red Cross has been on the front line since the immediate aftermath of the quake, providing the community with hundreds of volunteers who, despite being personally affected, have remained in the field non-stop to find survivors, provide first aid, health care and emergency shelter. 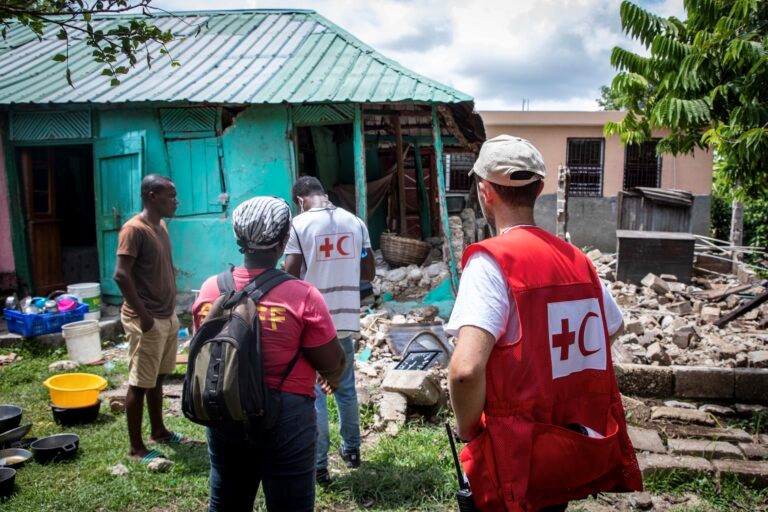 As part of this programme in Les Cayes (Southern Region of Haiti), one of the hardest hit areas of Haiti, an emergency hospital was built to provide free healthcare to the most vulnerable members of the population

Partly because of the damage to the hospitals, access to care is currently one of the greatest needs of the population.

The hospital, set up under the IFRC appeal by the Finnish and Canadian Red Cross, with the support of several National Societies around the world, is able to offer free emergency services, obstetric and neonatal care, general and orthopaedic surgery, internal medicine, psychological support, physiotherapy and laboratory analysis.

At full capacity it can provide counselling and treatment for around 200 people a day.

In all the most affected areas, boxes with essential goods have also been distributed to about 30,000 people: hygiene kits, kitchen kits, blankets, cloths and tools to repair damaged houses.

In addition, four water purification plants were installed by the Haitian and Spanish Red Cross in L’Asile, in the Nippes region and Roseaux in Grand’Anse, providing safe water to more than 8,000 people a day.

This activity is crucial to prevent the outbreak of epidemics, and is complemented by community involvement programmes on hygiene promotion, public health and gender protection and inclusion.

The Italian Red Cross is also contributing to the humanitarian response to the Haitian emergency, both with direct support to the IFRC Emergency Appeal programme of activities, and by sending its own specialised staff to the field as Field Coordinator, for the coordination of actions on the ground, and Communications Coordinator for communication coordination activities.

Despite the efforts made, the needs are still enormous, and the local Red Cross volunteers together with the International Teams are carrying out assessment activities in some of the most remote areas not reached by any humanitarian organisation so as not to leave anyone behind.

The Italian Red Cross, in coordination with the Haitian Red Cross and the International Federation of Red Cross and Red Crescent Societies, remains at the side of the population of Haiti and the most affected communities

In order to continue to respond to the needs of thousands of families, the Italian Red Cross has opened a fundraising campaign that will help guarantee medical care and concrete aid.

The emergency is not over, Haiti still needs our help.

Head trauma in children: how the ordinary citizen should intervene while waiting for the rescuers