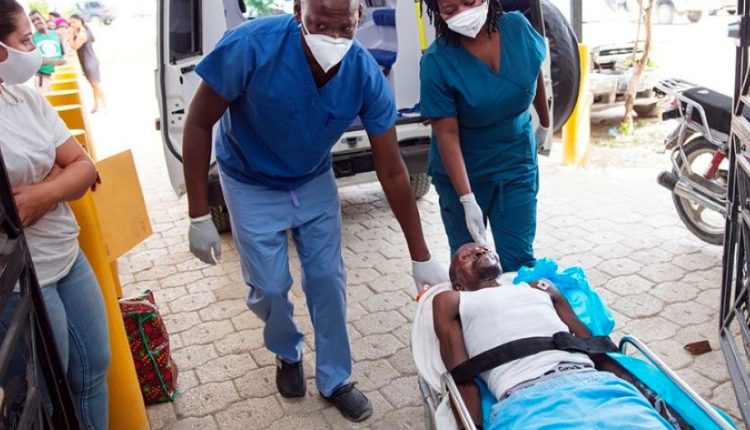 Haiti, the aftermath of the earthquake: emergency care for the wounded, solidarity in action

On 14 August, a terrible earthquake in Haiti killed about 2,200 people and injured about 12,000. After a few days, there was an appalling silence on the subject, interrupted only by a fine initiative by Harvard Medical School, as regards emergency medicine, and by the initiatives of voluntary organisations (Misericordie, Public Assistance and Red Cross), as regards solidarity

Harvard Medical School at Haiti’s side with emergency medicine

In a nice article by Leslie Friday, one of the most prestigious medical schools in the world explains what initiatives have been put in place and what the treatment of patients affected by an earthquake of such intensity consists of.

We are talking about a magnitude of 7.2, which was followed two days later by Tropical Storm Grace.

A week after the disaster,” writes Leslie Friday in her article, “doctors focus on treating broken bones and internal injuries, treatments that are essential to save lives and prevent permanent disability.

So far, Haitian officials surveying the affected region have reported more than 12,000 injured from the quake, which centered on Petit Trou de Nippes along the southern peninsula, leveled houses, and collapsed or severely damaged multiple health facilities.

Shada Rouhani, director of emergency and critical care at international health care delivery organization Partners In Health and a Harvard Medical School assistant professor of emergency medicine at Brigham and Women’s Hospital, has worked for years alongside colleagues at Zanmi Lasante, as PIH is known in Haiti.

That work includes helping establish the emergency department and emergency medicine residency—the only one in Haiti —at Hôpital Universitaire de Mirebalais in the years following Haiti’s 2010 earthquake and supporting training programs for emergency care.

Now, she is helping to support the rapid response led by her Haitian colleagues, some of whom she trained nearly a decade ago.

Their efforts have made a critical difference in emergency response between 2010 and today.

Here, Rouhani discusses clinicians’ primary concerns following an earthquake, how they rapidly respond with lifesaving care, and why such tragedies can have a lasting impact on those not immediately injured during the disaster.

What types of injuries typically result from a massive earthquake, such as the recent one in Haiti?

Rouhani: In the first few days, we usually see multiple forms of trauma: people with head injuries, bleeding into their abdomen or chest, and severe crush injuries and broken bones.

High-quality immediate emergency and surgical care can save lives.

For example, bleeding in the abdomen often needs surgery. Where there is a trained surgeon and an equipped operating room, the bleeding can be stopped.

Where this does not exist, bleeding cannot be stopped and patients will die unnecessarily. Some broken bones are also associated with significant bleeding.

A broken femur or pelvis can cause fatal bleeding; emergency care can help stop the bleeding until surgery can cure it.

That concept—broken bones can lead to death—is hard to fathom. Can you explain how that’s possible, and how clinicians respond to these emergencies?

Rouhani: Broken bones can be “closed’ or “open.”

Closed means the bone does not break the skin.

Sometimes these are treated with casts, sometimes with surgery.

But, if they are not treated correctly, bones will not heal correctly.

This can lead to permanent deformity and disability.

Since many people in Haiti need physical labor to survive, this can be especially devastating.

PIH clinicians are able to correctly identify and treat broken bones to prevent this.

Open means there is a cut that exposes the broken bone and can leave the bone poking through skin. In these cases, there is also a risk that the bone and wound can become infected if the patient does not get antibiotics and surgery.

Delays in antibiotics and/or surgery create infections, which can require amputations to treat. In severe cases, infections can spread to the rest of the body and kill the patient.

Our emergency care teams can correctly diagnose open fractures and treat them with antibiotics and splints until our surgical teams take patients to the operating room to clean the wound and fix the bone.

How are other types of injuries treated?

Rouhani: Sometimes people will have significant wounds that they do not get treated initially, or that are incorrectly treated.

These cuts can then get infected. Without quick antibiotics and the surgical removal of the infected tissue, these infections can spread and lead to amputations and/or death.

In severe infections that have spread to the blood, emergency and critical care is needed to help stop the infection and reverse damage it may have already caused to organs.

Rouhani: Crush injuries can cause muscle proteins to break down rapidly in the blood.

When too much of this protein breaks down at once, it can cause kidneys to fail and dangerous imbalances of electrolytes in the blood that can stop the heart.

Dialysis balances out these electrolytes while medical treatment, often IV fluids, is used to revive the kidneys until they can begin to work again.

How do earthquakes, for example the earthquake in Haiti, have an impact on other patients who may not have been injured?

Rouhani: In the first few weeks after a disaster, we will start to see exacerbations of chronic diseases.

People are cut off from their medications and care for chronic diseases—such as diabetes, heart failure, high blood pressure—and can become very sick, very fast.

Think of those chronic medications as keeping things balanced and working in the body.

When they are removed, the disease takes over and people can present with acute crises, such as diabetic ketoacidosis, strokes, and severe difficulty breathing.

In heart failure exacerbations, fluid can back up into the lungs when the heart isn’t working well.

When the lungs are filled with fluid, you can’t breathe and can even get respiratory failure.

In addition, earthquakes can cause post-traumatic stress disorder.

The recent earthquake risks retraumatizing individuals who were also affected by the 2010 earthquake. PIH’s mental health teams are working to support individuals through these crises.

Fully equipped health systems, like those at PIH-supported Hôpital Universitaire de Mirebalais, ensure that there are key elements of quality care: physicians to diagnose these problems correctly and to start the correct treatments; medications and supplies to treat these issues; hospital beds to care for these patients; and outpatient supports to help them get back on their feet and restart treatments. 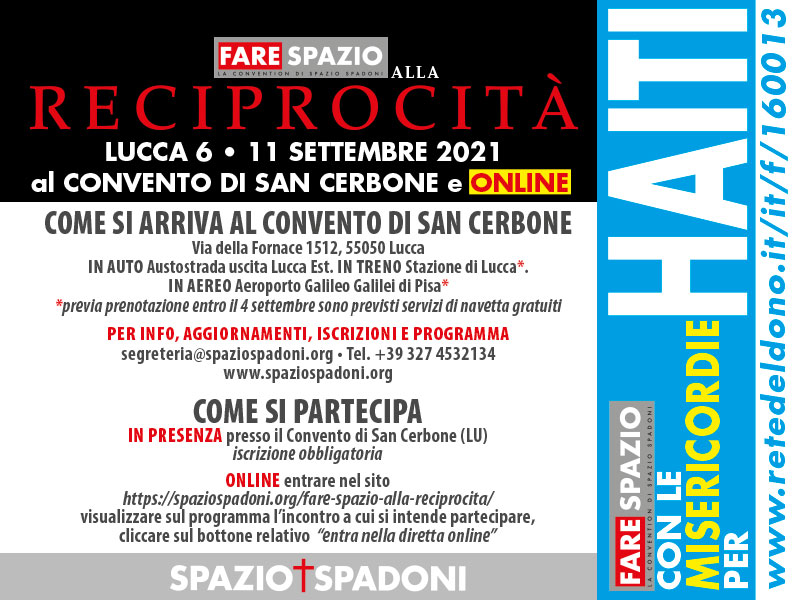 Naturally, the Red Cross, being international, responded with its own volunteers on the spot and from neighbouring countries.

The Misericordie d’Italia, which are expressly Catholic, soon contacted the Apostolic Nunciature and therefore started fundraising and other initiatives of concrete and tangible solidarity.

These initiatives found equally solid and effective support in Spazio Spadoni, a foundation close to the world of the Misericordie. 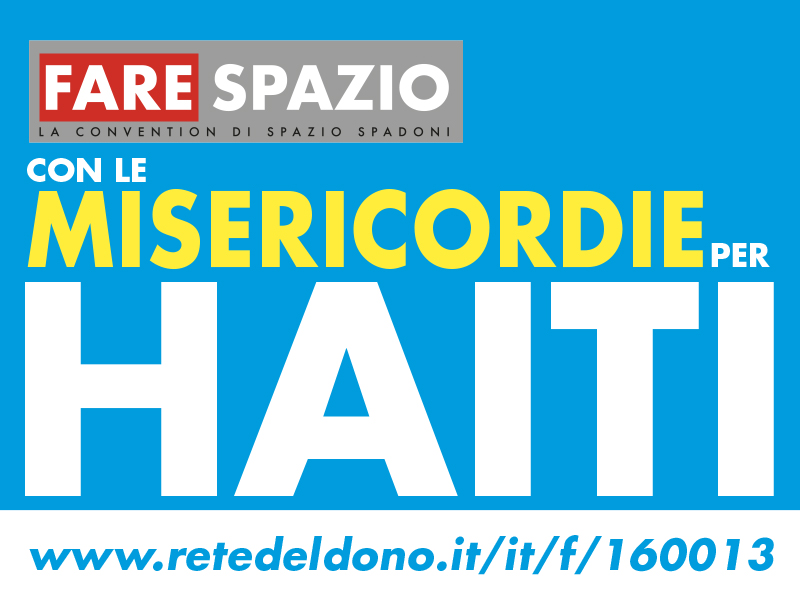 Earthquake In Haiti, More Than 1,300 Dead. Save The Children: “Hurry Up, Help The Children”

Vaccine, third dose for the over-12s in Israel