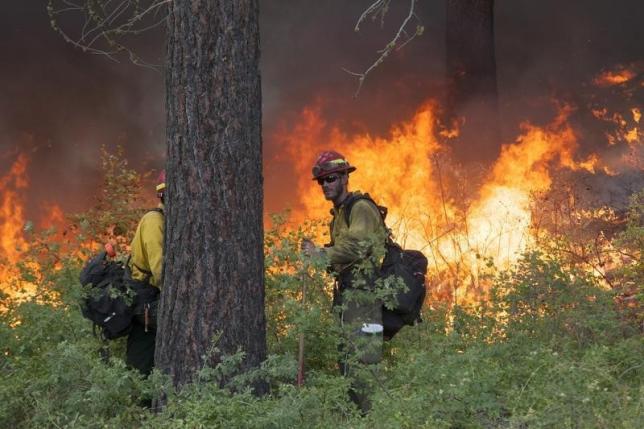 Firefighters may face a higher risk of heart disease than do other emergency responders, a small new study finds.

In the study, the researchers looked at heart disease risk factors such as blood pressure and body fat levels in firefighters, paramedics and police officers, and found that firefighters had the highest risk.

Firefighters and heart diseases: some numbers

The firefighters had, on average, a 2.9 percent chance of having a heart attack in the next 10 years, based on their risk factors, the researchers said. For comparison, the police officers had a 1.8 percent risk on average, and the paramedics had a 1 percent risk.

This result was surprising because the study also found that firefighters were the most physically active of the three groups of emergency responders, the researchers said.

Previous studies have found that emergency responders generally have high rates of poor health, potentially due to the increased levels of obesity and stress, combined with lower activity levels that are common among those who do this type of work.

The researchers of the new study wanted to get a better understanding of emergency responders’ baseline health, said Kelsey Moody, an exercise physiologist at Baystate Medical Center in Massachusetts and lead author on the study. Moody presented the study on Tuesday (Nov. 10), here at the American Heart Association’s Scientific Sessions meeting.

For the study, researchers recruited 37 male emergency responders, consisting of 12 paramedics, 12 police officers and 13 firefighters. They were all between ages 20 and 40, and all generally healthy — none had known risk factors for heart diseases such as hypertension or obesity, Moody told Live Science.

The researchers measured the participants’ percentage of body fat, lipid levels, blood pressure and peak oxygen uptake (a measurement of physical fitness). The scientists then used these measurements to calculate the individuals’ Framingham Risk Score, which estimates a person’s risk of having a heart attack in the next 10 years.

Then, the emergency responders wore accelerometers for two days, the first day on duty and the second one off duty. The device measured the total number of steps the participants took and the number of calories they burned. The participants also had their salivary cortisol levels (a measure of stress) checked in the mornings and evenings.

The researchers found no difference in stress levels among the three groups, Moody said. However, the investigators did notice that all the participants’ stress levels stayed elevated on their off-duty day, she said.

She noted that the researchers weren’t able to control for additional stress factors that may have occurred on the off-duty day. However, some research has shown that first responders can experience a prolonged stress response following an on-duty day.

The firefighters had significantly higher blood pressure and cholesterol levels than the paramedics in the study, Moody said. But there was no difference between the firefighters and the police officers for these risk factors, she said.

One factor that may have influenced the overall heart disease risk, however, may have been age, Moody noted. The average age of the firefighters in the study was 33, which was slightly older than that of the police officers (30) and paramedics (25), Moody said. Age is a very large risk factor in the Framingham Risk Score, she said.

In addition, previous research has shown that paramedics tend to be younger and often work as paramedics for only a few years, Moody said. On the other hand, firefighters are hired at a slightly older age, she said. They also spend many more years on the job, which could further amplify their heart disease risk, she said.

Even though the firefighters were the most active of the three groups, all of the study participants could benefit from increasing their physical activity levels, since they were all under the recommended amount, Moody said.

Chernobyl, a fire makes radiations increase in the exclusion…

Australian firefighters against bushfires: emergency on…