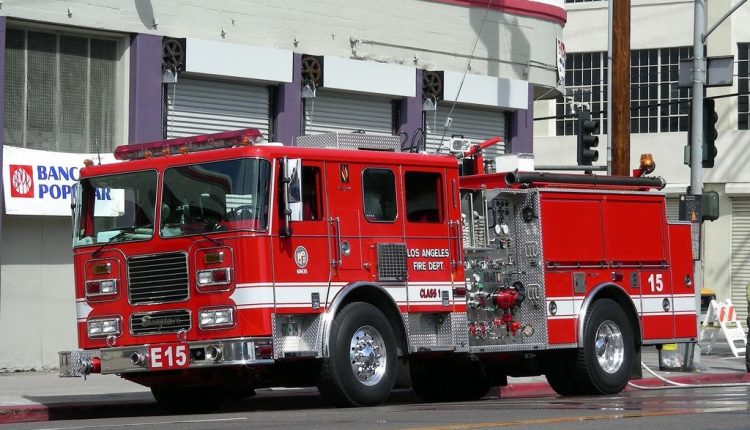 Covid in the USA, Los Angeles decimated in rescuers: 450 firefighters positive to Covid, in crisis the ambulance sector

The new Covid wave is hitting hard even in the USA: in Los Angeles putting the world of emergency and rescue in crisis

In Los Angeles County, firefighters are transporting patients to hospitals using their own trucks, rather than ambulances, due to a surge in requests for medical transports and the percentage of positives among ambulance personnel in paramedic companies.

Los Angeles, also among firefighters a surge of infections

The situation is also serious among firefighters themselves.

That’s according to acting Assistant Chief Brian Bennett, who said during a recent report to the Carson City Council that 450 Los Angeles County firefighters have tested positive for the coronavirus and are off work, putting a massive strain on the emergency response system, both in the South Bay town and across the county.

“What that means is the firefighters that are working in the city of Carson and around the county are being asked to work extra hours, extra days,” Bennett said Tuesday, Jan. 4, adding that despite the staffing shortage, the department has not reduced any services.

“But our folks, just as our partners in the Sheriff’s department, are being stressed and are at their limit.”

The effects of the Omicron wave on Los Angeles

The surge in coronavirus cases across the county, fueled by the omicron variant, has also hit paramedics, as well as hospitals, Bennett said.

“An already stressed system in the emergency departments is now working on a limited staff with more of the residents coming into the hospitals,” he said.

“And the ambulance companies — same thing, they’re now affected with probably about 50% of their employees off with COVID.”

The staffing shortages at ambulances companies in the area have gotten so bad, Bennett said, that the Los Angeles County fire chief has approved an emergency transport plan, under which responding firefighters are now transporting patients to hospitals in fire trucks.

That move, Bennett said, is “unheard of.”

And firefighters responding to an emergency that only requires basic care or first aid, Bennett said, are telling residents to essentially arrange their own transportation to the hospital.

“They’re encouraging the residents to either find a private vehicle or alternative methods to get to the hospital so that we can save those ambulances for the critical patients in your communities,” Bennett said. “This is kind of unprecedented.”

This surge will likely get worse before it gets better, Bennett said. The county Fire Department has established an incident management team to handle any staffing shortages related to the pandemic and is doing everything possible to ensure no services are further impacted, he said.

“Unfortunately, probably the next couple of weeks are going to be very trying for the Fire Department, emergency rooms, and ambulance companies,” Bennett said.

“As of right now, everyone is stepping up, working hard, and trying to get through this.”

UK, Omicron Strikes Hard Even Among Fire Brigades: One Third Of Fire Engines Unavailable Due To Staff Shortage

Mesotherapy: what is it and how is it carried out?

UK, Omicron strikes hard even among fire brigades: one third of fire engines…