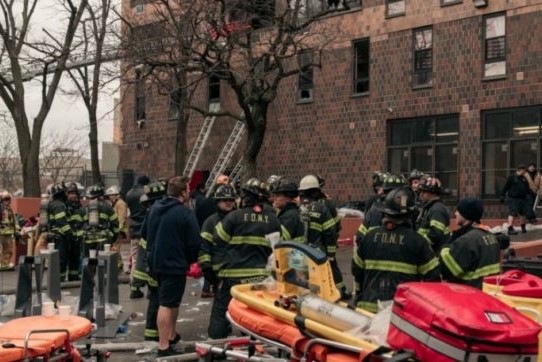 A frightening fire broke out in a 19-storey building in the Bronx, New York: so far 19 people are dead, including 9 children

Firefighters and rescue teams rushed to the area of a frightening fire that ravaged an apartment building in New York City and spread to the rest of the building, a complex called Twin Park.

Dozens of people were injured and, sadly, 19 died.

“This is one of the worst fires in the city’s recent history,” said the head of the New York City Fire Department.

The number of injured is reported to be 63, with at least 32 hospitalized.

More than 200 rescue workers were on the scene.

Last Sunday, the fire in which 12 people, including eight children, died in a building in Philadelphia.

UK, Omicron Strikes Hard Even Among Fire Brigades: One Third Of Fire Engines Unavailable Due To Staff Shortage

Rare diseases: positive results of a phase 3 study for the treatment of idiopathic hypersomnia

UK, Omicron strikes hard even among fire brigades: one third of fire engines…