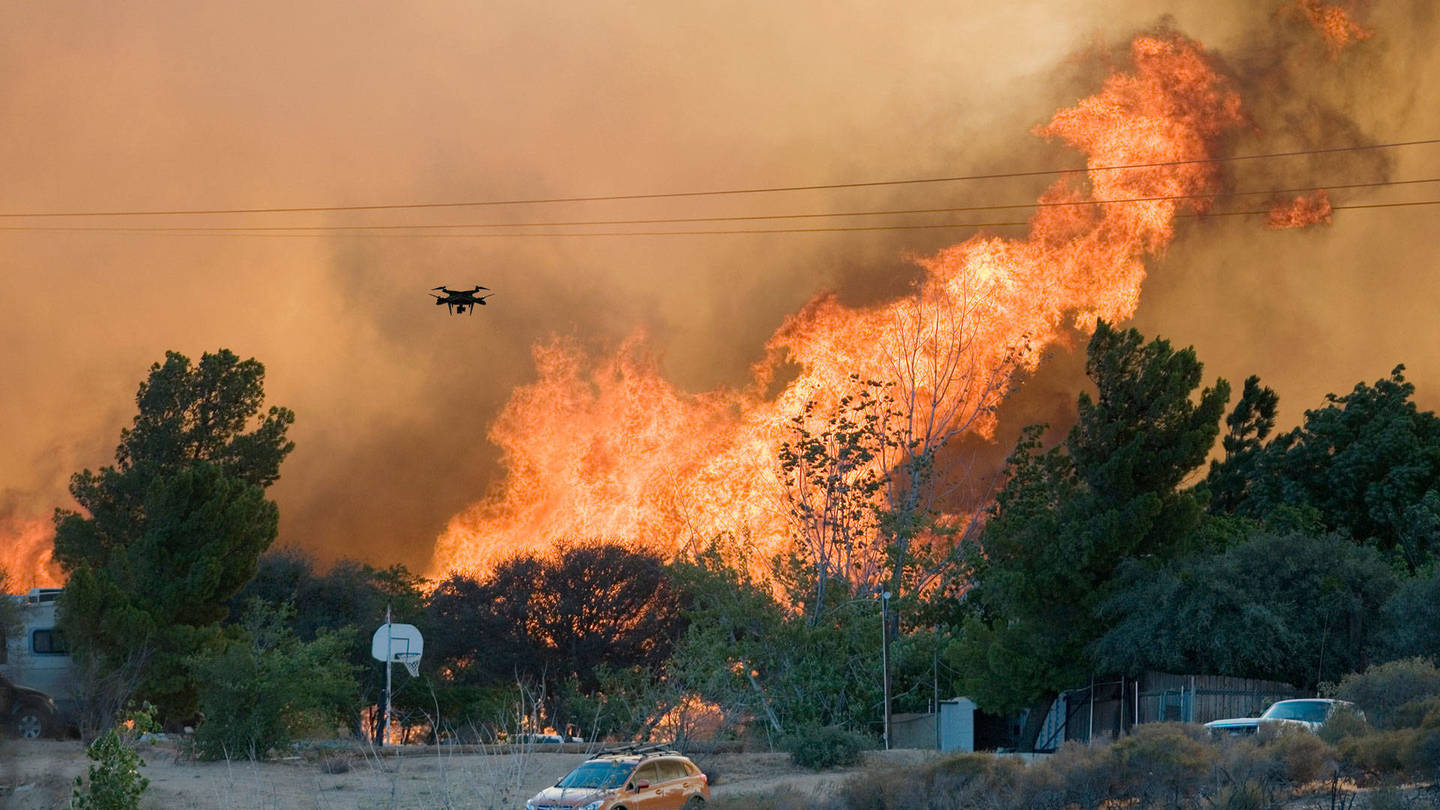 Utah firefighters against drones - Authorities allowed to shoot drones down

During a special session in 2016, the state of Utah approved the legislation according to which, authorities are allowed to shoot down drones whether they fly too close to firefighting operations.

Why Utah reached this point?

This action is the consequence of severe recent incidents where drones interferred with firefighters during stuggles against wildfires throughout the country.

Firefighters and drones: a bad relationship

As Governor Herbert declared, the costs in firefighting increased beyond the few million dollars. Many times, firefighter’s HEMs have been forced to the ground because of drones which where flying in the same airspace.

“Now we’re way past, north of $10 million because we had to ground aircraft all because of a drone.”

Police officer and firefighters will not be pulling out their pump-action Remingtons the moment they spot a quadcopter on the horizon, however.

Instead, officials are expected to first attempt to jam the drone and bring it down through non-violent means already possessed by the National Guard and highway patrol, according to Utah state senator and bill co-sponsor Evan Vickers. That’s not for lack of a desire to blow the drones out of the sky, though.

1. Before shooting the drone, authorities are expected to stop the drone with non-violent means.

2. But, wherever this operation turns out to be impossible, police have the permission to shoot it down.

According to the source, Utah is believed to be the first state to give law enforcement the explicit right to disable or destroy a drone if it interferes with wildfire-fighting operations.

The state has also enhanced its already-tough penalties for anyone caught flying a UAV in a manner that prevents aircraft from fighting a fire, including fines of up to $15,000 and as much as 10 years in jail if the drone collides with a firefighting aircraft.