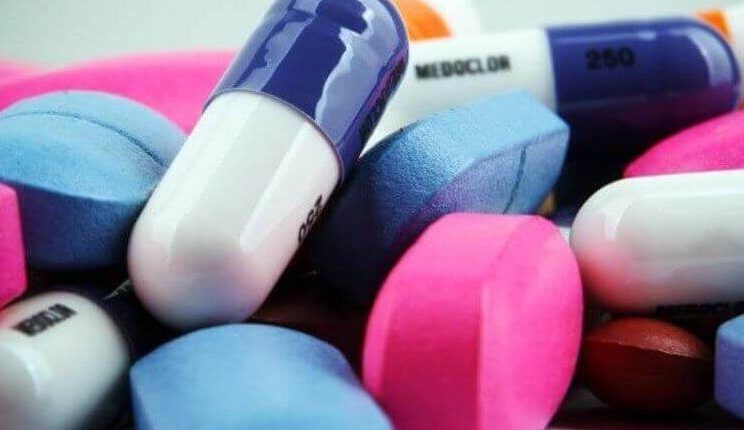 Anxiolytics and sedatives: role, function and management with intubation and mechanical ventilation

Anxiolytics and sedatives include benzodiazepines, barbiturates and related drugs. High doses can cause stupor and respiratory depression, which is managed with intubation and mechanical ventilation

Chronic users may have a withdrawal syndrome with agitation and convulsions, so dependence is managed with slow reduction, with or without substitution (i.e., with pentobarbital or phenobarbital).

The therapeutic efficacy of anxiolytics and sedatives is well established, but their usefulness in relieving stress and anxiety is probably also why they are so often abused.

Abused anxiolytics and sedatives include benzodiazepines, barbiturates and other drugs taken as hypnoinducers.

Pathophysiology of taking anxiolytics and sedatives

The exact mechanism of this potentiation process is unclear but may be related to the opening of chlorine channels, producing a hyperpolarised state in the postsynaptic neuron that inhibits cellular excitation.

Chronic effects of high doses of anxiolytics and sedatives

In sensitive patients, psychological dependence on the drug can develop rapidly.

The level of physical dependence is related to dosage and duration of use; e.g., pentobarbital in doses of 200 mg/day taken for many months may not induce significant tolerance, but 300 mg/day for > 3 months or 500-600 mg/day for 1 month may induce a withdrawal syndrome when the drug is discontinued.

Tolerance and tachyphylaxis develop irregularly and incompletely; therefore, even in habitual users considerable behavioural, mood and cognitive disturbances may persist depending on the dosage and pharmacodynamic effects of the substance.

There are some cross-tolerances between alcohol and barbiturate and non-barbiturate anxiolytics and sedatives, including benzodiazepines. (Barbiturates and alcohol are remarkably similar in terms of dependence and withdrawal symptoms and the chronic intoxication they produce).

Use of anxiolytics and sedatives in pregnancy

Prolonged use of barbiturates during pregnancy may cause barbiturate withdrawal in the newborn.

Benzodiazepine use in the perinatal period may also cause neonatal withdrawal syndrome or toxicity (e.g., apnoea, hypothermia, hypotonia).

Phenobarbital increases the risk of congenital malformations in the fetus (1).

Overdose of a benzodiazepine rarely causes hypotension, and these drugs do not cause arrhythmias.

When therapeutic doses of anxiolytics and sedatives are discontinued or reduced below a critical level, a mild self-limiting withdrawal syndrome may result.

After only a few weeks of use, attempts to discontinue the drug may exacerbate insomnia and produce agitation, nightmares, frequent awakenings and tension in the early morning hours.

Symptoms may include tachypnoea, tachycardia, tremors, hyperreflexia, confusion and convulsions.

The onset may be gradual, as the drug persists in the body for a long time. Withdrawal in its most severe form may occur in patients who used drugs with rapid absorption and rapid decline in blood levels (e.g. alprazolam, lorazepam, triazolam).

Convulsions sometimes occur even after an adequately managed withdrawal over a period of 1-2 weeks.

Without treatment, withdrawal of a short-acting barbiturate causes the following:

Intoxication with anxiolytics and sedatives, diagnosis

The diagnosis of anxiolytic and sedative intoxication is generally clinical.

Drug levels can be measured for some drugs (e.g. phenobarbital), but hospital laboratories generally cannot measure levels of most hypnotics and sedatives.

However, detection of drugs on such screening tests usually does not alter clinical management; even if results are positive, if patients do not have a clear history of sedative-hypnotic ingestion, other possible causes of patients’ symptoms should also be excluded.

Acute intoxication generally requires nothing more than observation, although airway and breathing should be carefully assessed.

If ingestion has occurred within 1 h, the gag reflex is preserved, and the patient can protect the airway; 50 g of activated charcoal may be administered to further reduce absorption; however, this intervention has not been shown to reduce morbidity or mortality.

However, its clinical usefulness is not well established, because most individuals who overdose on benzodiazepines recover only with supportive therapy, and flumazenil occasionally triggers convulsive seizures.

Contraindications to flumazenil include prolonged use of benzodiazepines (because flumazenil can trigger a withdrawal syndrome), underlying epilepsy, the presence of spasms or other motor abnormalities, a concomitant overdose of an epileptogenic drug (particularly tricyclic antidepressants) and cardiac arrhythmias.

Therefore, as many of these contraindications are generally unknown in street overdose, flumazenil is reserved for patients with respiratory depression during a medical procedure (i.e. when the medical history is clearly known).

If a phenobarbital overdose is diagnosed, alkalinisation of the urine with a dose of sodium bicarbonate may promote its excretion.

Administration of multidose activated charcoal is also considered in cases of life-threatening overdose of phenobarbital.

Urinary alkalinisation is achieved by adding 150 mEq of sodium bicarbonate diluted in 1 litre D5W and infusing at a rate of 1 to 1.5 litres per hour.

The urinary pH must be maintained as close to 8 as possible for effective alkalinisation.

Severe acute withdrawal of anxiolytics and sedatives requires hospitalisation, preferably in an intensive care unit, and the use of appropriate doses of benzodiazepine EVs.

One approach to treating sedative dependence is to discontinue the drug on a strict schedule while monitoring withdrawal signs.

It is often better to switch to a long-acting drug, which is easier to scale up.

As with alcohol withdrawal, patients going through withdrawal from anxiolytics or sedatives require close monitoring, preferably in a hospital setting if a moderate or severe withdrawal reaction is expected.

Estonia, Red Cross: 'donations from all over the country for Ukrainians affected by war'