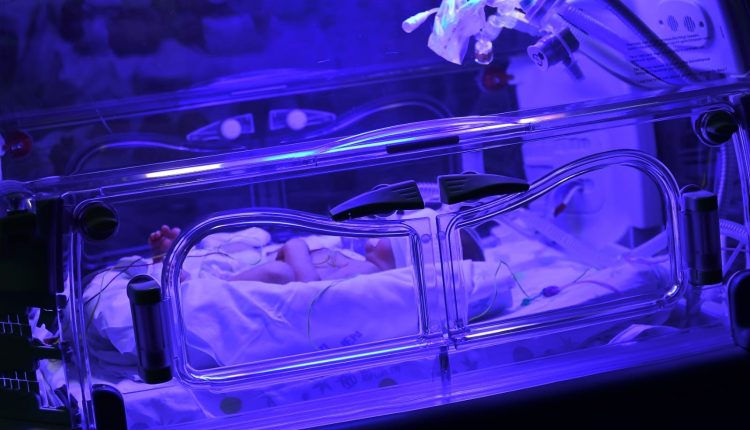 Bilirubin is a naturally occurring substance in the human body and in many other animals, but it is neurotoxic when its concentration in the blood is too high, a condition known as ‘hyperbilirubinemia’.

In addition to the typical yellowish discolouration of the skin and sclera of the eye, hyperbilirubinaemia can also cause accumulation of bilirubin in the grey matter of the central nervous system, which can lead to even severe neurological problems such as cerebral palsy, choreoathetosis and intellectual disability and other irreversible neurological damage.

Infants are particularly vulnerable to neurological damage induced by hyperbilirubinemia, because in the first few days of life, the still-developing liver is severely exerted by the breakdown of foetal haemoglobin as it is replaced with adult haemoglobin and the blood-brain barrier is not as developed.

Mildly elevated serum bilirubin levels are common in newborns and neonatal jaundice is not uncommon, but bilirubin levels must be closely monitored if they start to rise, in which case more aggressive therapy is required, usually by phototherapy but sometimes also by exchange transfusion.

Depending on the level of exposure, the effects range from clinically undetectable to severe brain damage and even death. 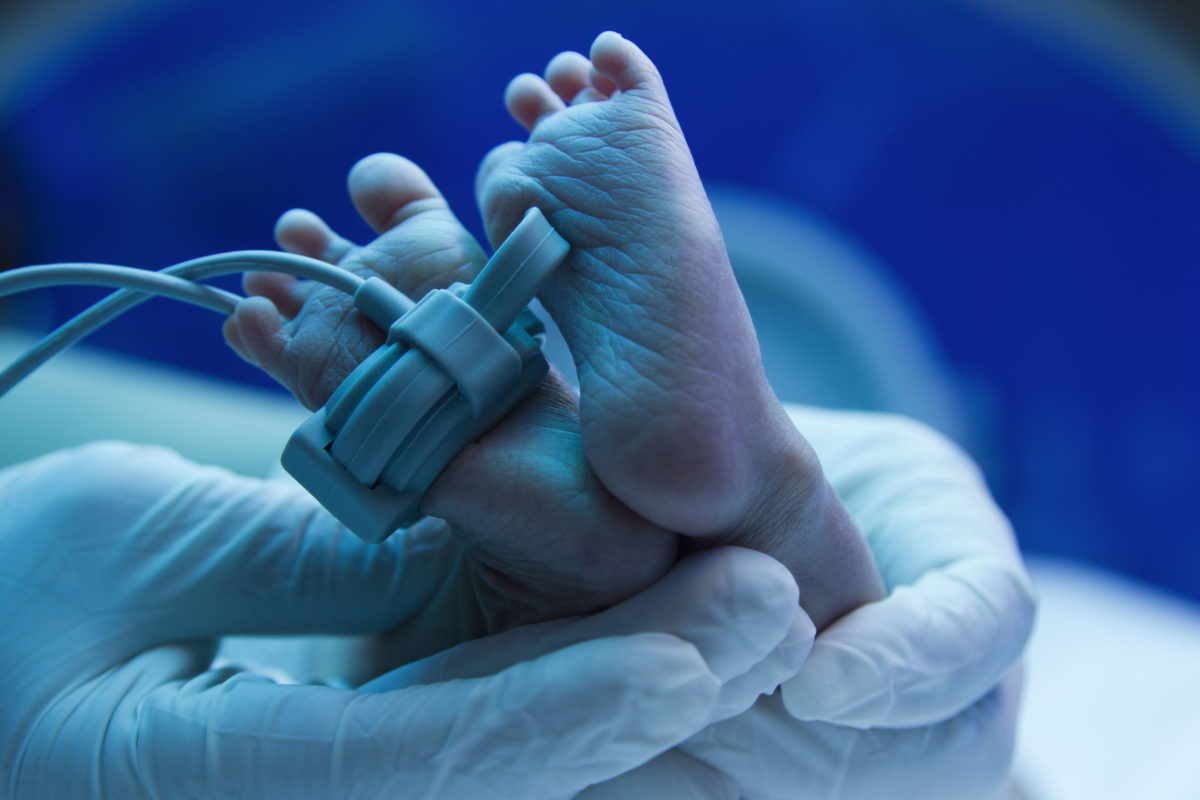 The doctors who mainly deal with kernicterus are paediatricians

Symptoms and signs include severe jaundice (yellowish discolouration of the skin and sclera of the eye), hepatosplenomegaly and brain damage, such as choreoathetosis cerebral palsy, intellectual disability, lethargy, hypotonia (e.g. paresis of the eyes) and spasms.

Depending on the type, the symptoms may be different and more or less severe.

Acute bilirubin encephalopathy is an acute state of elevated bilirubin in the central nervous system: if hyperbilirubinemia is corrected at this stage of the disease, permanent neurological problems may be avoided. Clinically, it comprises a wide range of symptoms and signs. including:

The reduction of bilirubin, if it occurs at this stage, does not however reverse the neurological sequelae, which then become irreversible.

The cerebellum may be involved. Severe cortical involvement is rare.

Clinically, this can cause neurological, learning and movement disorders, isolated hearing loss and auditory dysfunction.

In the past, kernitterus was often thought to cause severe intellectual disability.

This was assumed due to hearing difficulties, which are usually not detected in a normal audiogram accompanied by speech disorders, with choreoathetosis.

With advances in technology, this has proven not to be the case as those living with this disease have repeatedly demonstrated their intelligence using augmentative communication devices.

Although most people with kernicteric cerebral palsy have normal intelligence, some children with mild choreoathetosis develop mild intellectual disability even without auditory dysfunction.

About 85% of individuals with kernicterus are in the normal or slightly lower than normal intelligence range.

Only in rare cases, around 10% of cases, is the intellectual disability severe or very severe: this occurs mainly in cases of chronic hyperbilirubinaemia.

In the vast majority of cases, kernitting is associated with unconjugated hyperbilirubinaemia during the neonatal period.

The blood-brain barrier is not fully functional in neonates and therefore bilirubin is able to cross the central nervous system. In addition, newborns have much higher levels of bilirubin in the blood due to:

Bilirubin is known to accumulate in the grey matter of neurological tissue where it exerts direct neurotoxic effects.

Its neurotoxicity appears to be due to the mass destruction of neurons by apoptosis and necrosis.

Risk factors for bilirubin encephalopathy are:

At present, there is no effective treatment for kernicterus

Future therapies may include neuroregeneration.

Some patients have undergone deep brain stimulation and experienced some benefits.

Drugs such as baclofen, clonazepam, gabapentin and triesiphenidyl are often used to manage movement disorders associated with kernitters. Proton pump inhibitors are also used to help with reflux.

Cochlear implants and hearing aids are also known to improve the hearing loss that can result from kernitters (auditory neuropathy).

Kernitzer often proves fatal for the sufferer, the course of which involves hypertonia, lethargy, apnoea, convulsions, while for those who survive, permanent damage is found in cerebral palsy, dental dysplasia, hearing and/or sight loss.

Measuring serum bilirubin is useful for assessing a child’s risk of developing kernitimerosis: the data are plotted on the nomogram.

Rare Diseases, Neonatal Screening: What It Is, Which Diseases It Covers And What Happens If It Is Positive

Shaken Baby Syndrome: The Very Serious Damage Of Violence On The Newborn Child

Rare Diseases: Positive Results Of A Phase 3 Study For The Treatment Of Idiopathic Hypersomnia

Pain Management In The Paediatric Patient: How To Approach The Injured Or Aching Children?

Pericarditis In Children: Peculiarities And Differences From That Of Adults

Stress And Distress During Pregnancy: How To Protect Both Mother And Child

Paediatrics, What Is PANDAS? Causes, Characteristics, Diagnosis And Treatment

Transient Neonatal Dermatosis? Don’t Worry, Here’s What They Are

Children At Risk Of Heat-Related Illnesses In Hot Weather: Here’s What To Do

Gastroschisis: Diagnosis And Treatment Of This Rare Neonatal Disease

West Syndrome: Symptoms, Diagnosis And Treatment Of This Rare Disease

First Aid: How to Help Someone with Stab Wounds