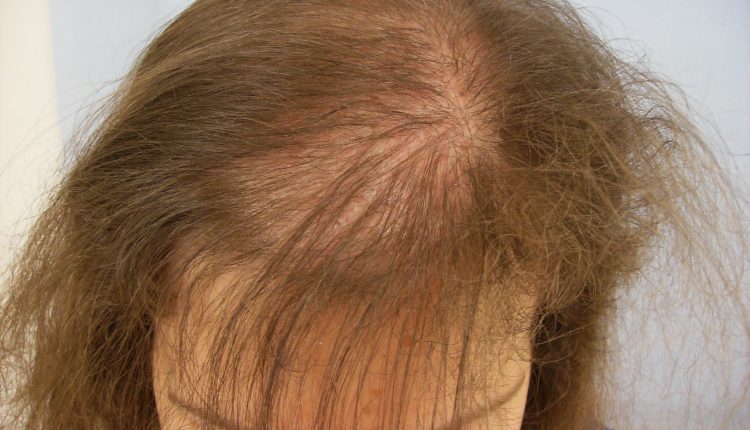 Female alopecia: what it is and how to treat it

Female alopecia: hair loss is a physiological condition that occurs all year round, although it can become more intense during the changing seasons

While at other times of the year up to 50 hairs a day are normally lost, in springtime up to 70-100 hairs a day can be lost.

Moreover, hair loss, which occurs with the change of season, generally lasts for a few weeks and then stops on its own.

However, if the phenomenon lasts longer and the amount of hair loss becomes abundant, it is advisable to seek the advice of a specialist.

It could be a sign of a more serious problem, such as alopecia, and in the case of women it could be linked to particular phases of life when major hormonal changes occur, such as pregnancy or menopause.

Abundant hair loss can lead to the appearance of alopecia, a condition that has recently come under the spotlight, thanks in part to American actor Will Smith’s outburst at the last Oscars to defend his wife, Jada Pinkett, who suffers from it.

Alopecia is a process of degradation of the quality of hair, leading to its progressive thinning and disappearance.

Characterised by localised hair loss, which is often difficult to disguise, it is an aesthetic problem that can cause significant discomfort for the sufferer.

The most common forms are:

The causes of alopecia in women

The causes of alopecia in women can be varied.

Although not yet fully known, scientific research has identified several triggering factors:

It is estimated that 40% of menopausal women experience profuse hair loss and thinning.

The cause in this case is a drop in the female hormone, oestrogen, combined with an increase in the male hormone, androgen.

The bulb is weakened and the life cycle of the hair seems to change, reducing the growth phase (anagen) and increasing the loss phase (telogen).

Stress, frequently associated with the menopause, can also worsen the problem.

The most frequent form of alopecia from the menopause onwards is androgenetic alopecia, more commonly called baldness, whose incidence increases with age.

While in men, this problem occurs with progressive thinning in the fronto-temporal area and the vertex, in women it is mainly the vertex and the frontal area that are affected.

Another phase of great hormonal turmoil in a woman’s life is pregnancy and post-partum.

During pregnancy, oestrogen levels remain very high, with the result that hair remains in the anagen phase for longer, appearing thicker and more beautiful.

The situation changes after childbirth, however, with the drop in oestrogen levels, which can lead to hair falling out, even profusely, and even to episodes of alopecia areata.

This is a disease of the hair bulbs that causes patchy hair loss and occurs locally on a part of the scalp that can be as large as a coin or more extensive.

The course of the disease varies: in some cases it only takes a few days for one or more patches of hair to form, while in others there can be massive loss in a short time.

It is not uncommon for hair to grow back on its own, especially if alopecia areata is caused by temporary conditions, such as:

How to treat alopecia

The therapeutic approach has to be evaluated and framed by the dermatologist, as treatments vary according to the specific case.

One of the most innovative remedies against alopecia is PRP (Platelet Rich Plasma), indicated both in cases of androgenetic alopecia and in those of alopecia areata.