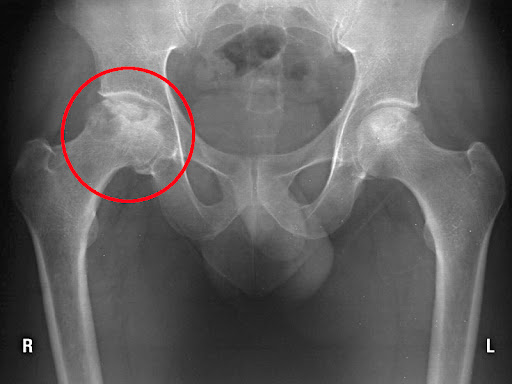 How are prosthetic knee, hip, shoulder and ankle infections avoided and treated, depending on when they occur

One of the most feared complications in prosthetic surgery is the periprosthetic infection, i.e. an infection of the knee, hip, shoulder and ankle prostheses.

Prosthetic infections: this is one of the most dreaded complications of this type of orthopaedic surgery

Its clinical manifestation may occur in the first postoperative days or more often in the weeks or even months following prosthesis surgery and may involve 2 or even more surgical steps to eradicate the infection and re-implant a new specific revision prosthesis.

What factors can promote prosthetic infections?

Certainly, we have learned how knowledge of the patient and pre-operative evaluation reduce the number of infections so patients who need this type of surgical solution to solve their joint problems, if they have collateral pathologies such as diabetes, major peripheral vasculopathies, high BMI (obesity), history of chemotherapy treatments, presence of oncological pathologies under treatment, immunosuppressive therapies for pathologies such as rheumatoid arthritis, history of previous operations with multiple skin incisions and others, are more likely to develop periprosthetic infections.

In these conditions, it is necessary to inform the patient that the ability to develop an infection, i.e. to react biologically in a poor way against bacterial aggression, is higher than average.

The greater the distance between average blood glucose values, weight, vascular values and general pathology, the higher the percentage of the possibility of developing a prosthesis infection.

How are prosthetic infections managed?

There are 2 phases in the management of an infection:

Let us look at them in detail.

Management of an infection that occurs before surgery

The first phase involves following the patient when, in the immediate pre-operative period, he encounters an infection of any kind, such as urinary, odontostomatological, cutaneous or pulmonary.

If the patient is admitted with bacteria still present in the body after undergoing surgical stress, they may spread, be mobilised from their initial site and take root, creating a new focus of infection in the periprosthetic area. Once this has happened, the bacteria tend to protect themselves from the body’s defence action by forming a kind of membrane (biofilm) that is difficult to breach.

Managing an infection that develops after surgery

The second stage, the management of an infection that develops after prosthetic surgery, is the one that leads the patient to turn to and rely on specialised centres with large numbers of people and large volumes of implants.

The more specialised the centres are in prosthetic surgery, the more automatically a series of controls and small details are always applied in the improvement of

How to treat prosthetic infections immediately after surgery

Surgery is evolving, and rapid, proper soft tissue management is certainly an important aspect that has further reduced infection rates.

In the unfortunate event that a patient develops an infection, remember that the post-operative period is the decisive one: it is the three to four weeks following the operation that are crucial.

The operation does not end once you are out of the operating theatre, especially as far as the wound is concerned, because it needs at least two weeks to close.

So, if there are alterations to the surgical surface site, these can carry infections deep into the prosthetic surfaces.

Being cared for by specialised personnel, including appropriate medication, is one of the most important aspects of avoiding infection.

If an infection does occur, early intervention is essential.

If it is possible to intervene in the first three to four weeks after surgery and, above all, if the pathogen has been identified through culture tests, it is possible in some cases to save the prosthetic implant.

In practice, the new surgery is used, which involves

This approach drastically reduces the need to remove the prosthesis as long as it is done in the first few weeks after surgery.

How to deal with late prosthetic infections

If this period of time is exceeded, a late infection may occur 2-3-4 months or more after the operation, often resulting in low grade infections that develop slowly and only show clear symptoms over time.

When symptoms such as pain, loss of movement, the presence of a general state of inflammation or even a high fever are present, it is necessary to contact an expert specialist in the field who, in a team with infectivologists and microbiologists, will make the correct diagnosis of periprosthetic infection.

There are two types of techniques for dealing with a late infection:

The one step technique

The one step comprises several steps

At the same time, microbiologists and infectivologists work on the antibiotic dosages to be administered to the patient in the weeks following surgery.

In the event that the bacteria cannot be identified or there is no laboratory, microbiological and infectivological organisation, the two-step technique is the most suitable and involves

Once the microorganism has been identified, the infectivologist will pack the antibiotic therapy for about 6/10 weeks until the blood parameters are normalised and if, after 3 weeks from the discontinuation of the antibiotics, they remain normalised, the second implant based on a revision prosthesis can be performed in the same way as the one step technique.

How late infection is treated

The last characteristic of infection is when it occurs very late, even years later: in these cases, it is necessary to observe the type of infection (e.g. dental, pulmonary) and how it occurred (e.g. hematogenous).

The most suitable technique is the two-step technique, which must always be performed by highly specialised centres, at high volumes because, as these are cases of multifactorial relevance, they require the expertise not only of the orthopaedic surgeon expert in this field but also of infectivologists, microbiologists and internists.