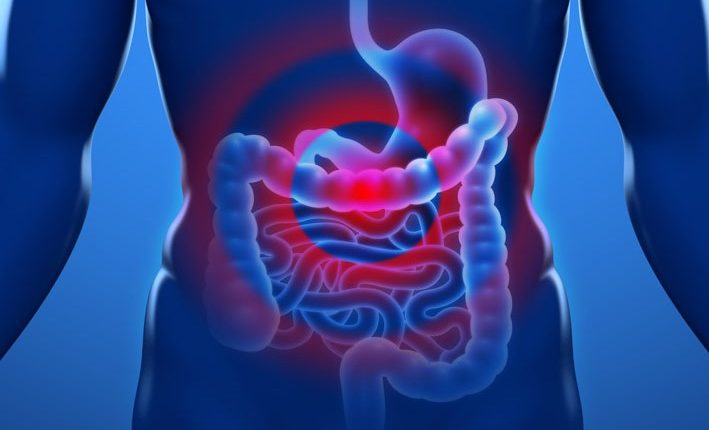 Irritable bowel syndrome: the symptoms it can manifest itself with

Irritable bowel syndrome is a functional disorder of the gastrointestinal system in the absence of any other specific pathology causing the symptoms.the symptoms can be different, as well as the causes

The symptoms of irritable bowel syndrome reported by patients are many: intestinal irregularity tending towards constipation or diarrhoea, but also a mixed component or an alternation between the two; frequent abdominal bloating; abdominal pain that is not always well localised; urgency in evacuation.

These symptoms have a significant impact on quality of life and make it worse.

Irritable bowel syndrome is the second most common cause of absence from work after seasonal flu.

There can also be extra-intestinal symptoms, such as migraine, urinary disorders, irritability, anxiety and depression, chronic fatigue and loss of concentration.

There are many causes of irritable bowel syndrome.

First of all, it must be stressed that it is a functional disease: it is therefore the functioning of the intestine that is abnormal, and in patients suffering from it, no lesions or changes to the organ are found.

Irritable bowel syndrome is not a genetic disease, there is a family history but it is not predominant.

It is possible to find this disease in several people in the same family because of the similarity of the intestinal flora between these individuals due to environmental factors.

In the presence of symptoms it is important to have a gastroenterological examination: the specialist will take into account the patient’s history, the findings of the physical examination and will consider prescribing blood and stool tests, which are useful for ruling out infection and inflammation.

The symptoms of irritable bowel syndrome can also be related to other diseases, so it is important to exclude conditions such as: malabsorption, infections, chronic diseases (Crohn’s disease, ulcerative rectocolitis), metabolic changes (such as diabetes), psychiatric disorders (depression) and food intolerances.

Nutrition plays a role in a patient’s well-being.

It is therefore important to assess with the specialists (gastroenterologist, nutritionist or dietician) – also by compiling a food diary – the most appropriate diet for your condition, so as to know which foods contribute to the persistence of symptoms and which foods help.

Gradually, the patient will also learn to know his or her own tolerance threshold for individual foods, so as to be able to regulate himself or herself independently.

The FodMap (Fermentable Oligo-saccharides, Disaccharides, Mono-saccharides and Polyols) diet is often recommended, which excludes foods containing poorly absorbable sugars with a strong fermentative power that the intestine has difficulty digesting and which can therefore promote the onset of symptoms.

In patients with irritable bowel syndrome it may be advisable to limit consumption of foods such as asparagus, artichokes, mushrooms, onions and garlic; apples, cherries, pears, watermelon, peaches and dried fruit; pistachios, pulses, cow’s milk and yoghurt, honey and wheat products such as pasta and bread.

In general, for the health of the intestine it is good to ensure sufficient hydration, drinking about two litres of water a day and practising regular physical activity.

Diagnosis of tension pneumothorax in the field: suction or blowing?

What is gastric bypass?