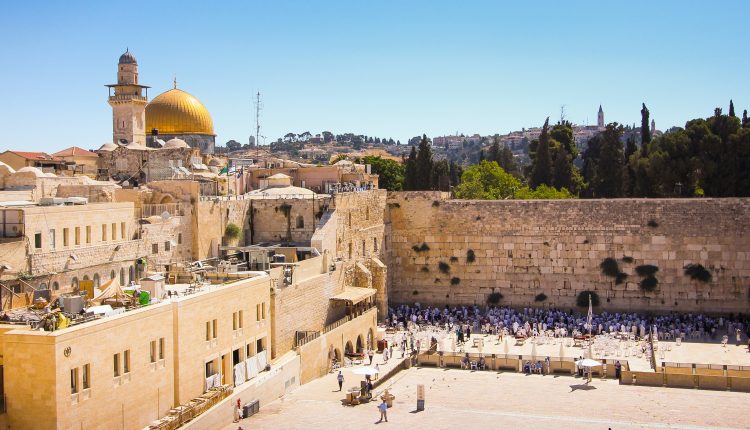 Jerusalem syndrome: who it affects and what it consists of

About 200 visitors to Jerusalem each year believe they are characters from the Bible, from Mary Magdalene to Peter, from Jesus to Moses

Some of them are admitted to the psychiatric hospital of Kfar Shaul, where a ward is entirely devoted to these self-styled saints of the Old and New Law.

The Jerusalem syndrome, like the Florence and Stockholm syndromes, is neither included nor referred to in the DSM.

The syndrome was first described from a clinical point of view in 1930 by the psychiatrist Heinz Herman, although similar episodes had already been described in the Middle Ages by Felix Fabri, a Dominican theologian, in accounts of his pilgrimages to the Holy Land.

One of the most significant cases described to date was that of a tourist who, in 1969, tried to set fire to a mosque located on the Temple Mount in Jerusalem, a sacred area disputed by Jews and Muslims.

Hermann S., Saxon, whose story was recently covered by the German weekly Die Zeit, with his rounded physique and white St. Nicholas beard, easy to talk to and a passion for heavy metal, a retired gardener, says he is the son of God.

He wants to bring peace to the world, and announces this in the streets and by sending text messages that he signs with the IHS cryptogram.

While carrying out his mission in the holy city, Hermann is in danger of clashing with his mother Mary, with his distant ancestor King David, with Moses, Isaac, Jacob or, by a disturbing twist of fate, with a second Jesus on a mission at the same time.

No less important is the Israeli case of a self-proclaimed Moses tourist walking down the street every year.

This tourist walks the streets with the tables of the law while another pilgrim announces the end of the world, a third ascends Calvary carrying a wooden cross on his shoulders or preaches covered by a hotel sheet.

Among the most extraordinary cases of identifications ever reported is undoubtedly that of a woman in the Church of the Sepulchre who tried in vain to bring Jesus into the world, and that, which has gone down in history, of the Australian Michael Rohan who in 1969 tried to burn down the esplanade of mosques in order to facilitate, of course, the coming of the Messiah.

This syndrome affects men more often than women, and especially single men brought up in strict Protestant families, such as Hermann S, the Saxon gardener.

Dr. Bar-El, who has studied the phenomenon for a long time, has proposed a subdivision of sufferers into

The Jerusalem syndrome affects about two hundred pilgrims a year, regardless of nationality.

Usually, people who fall into this syndrome are admitted to psychiatric facilities, where they stay only a few weeks.

Most cases resolve within 7 to 10 days of the first event.

After a few days, they return to reality, and many are literally ashamed of it, unable to explain what happened to them.

It is believed that people suffering from this syndrome were already predisposed to this attitude before arriving in Jerusalem and that, once there, this latent disorder awakens.

It seems that in the Jerusalem syndrome, obsession and compulsion overlap, although the compulsion has the upper hand over the obsession.

These are compulsive disorders of a certain magnitude and importance, and once people with Jerusalem syndrome are admitted to psychiatric hospitals for a few weeks where talks about faith will take precedence over therapy, with the aim of trying to change their religious perspective and perception.

Pain in the sole of the foot: it could be metatarsalgia