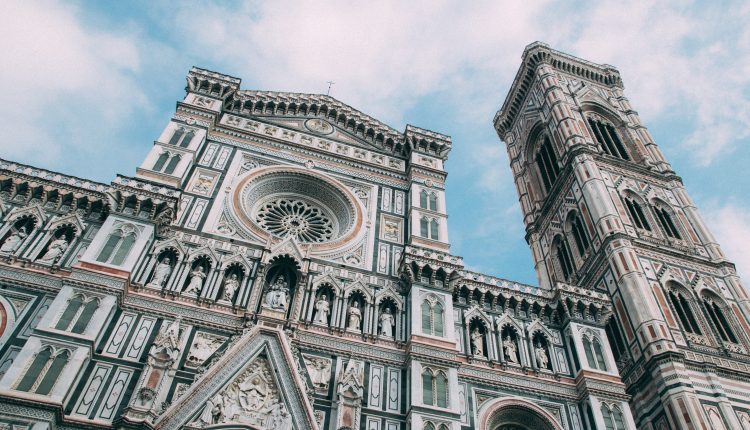 Better known as Stendhal’s syndrome because Stendhal was personally affected by it and described it in his book of accounts of a trip to Italy in 1817: ‘I had reached that level of emotion where the celestial sensations given by the arts and passionate feelings meet. On leaving Santa Croce, I had a heartbeat, life had dried up for me, I walked in fear of falling’, (Naples and Florence: A Journey from Milan to Reggio)

This disorder occurs in Florence about ten times a year and mainly affects very sensitive people and foreigners, while it seems that Italians are practically immune.

It is merely an acute psychic decompensation that can even lead to hospitalisation, but this is temporary and leaves no after-effects.

The disorder is not related to particular artists or works of art, but concerns the characteristics of the work of art that induce uncontrollable emotional reactions.

The clinical diagnosis was first made in 1982, but already in 1979 the psychiatrist Graziella Margherini proposed it, with the description of 100 cases in her book: ‘La sindrome di Stendhal. The traveller’s malaise before the greatness of art’.

The Florentine psychiatrist conducted a study in which subjects were observed going to hospital in a state of illness after visiting the Uffizi.

The patients were mostly male, aged between 25 and 40, with a good school education, travelling alone, from Western Europe or North America, and had chosen their travel itinerary according to their artistic interests.

Magherini states in her research that: “the analysis of the Stendhal syndrome has highlighted the complex psychosomatic interactions that can be activated in some individuals, with particular predisposing psychic conditions, when the environmental context favours aspects of uprooting from one’s own life habits.

Beauty and works of art are able to affect the deepest states of the user’s mind and bring back situations and structures that are normally removed.

STENDHAL’S (OR FLORENCE) SYNDROME, THE SYMPTOMS:

Florence or Stendhal syndrome can have various clinical manifestations ranging from the simplest anxiety or panic crises with dyspnoea, accelerated heartbeat, feeling of fainting, to the most serious crises with crying, anguish, guilt, hallucinations and paranoia to the point of escalating into hysterical aggressive behaviour sometimes leading to an attempt to destroy the work of art.

It manifests itself at the sight of extraordinarily beautiful works of art, especially if they are located in confined spaces.

From a clinical point of view, three different symptomatological pictures can be identified:

visual and auditory hallucinations and the external environment becomes persecutory. Generally, before the onset of Stendhal syndrome people are not in the acute phase of their basic psychopathology.

The symptoms are relatively short-lived and tend to disappear within a few hours.

However, cases have been reported in which the symptoms persist for up to a week.

All disorders are more prevalent in people with emotional lability.

Studies indicate that it is mainly Europeans (hardly Italians) and Japanese who are affected.

Sometimes, the manifestations of the syndrome can represent the onset of a full-blown psychiatric disorder and persist beyond the contemplation of artistic works.

Lately it has been discovered that modern music, which has a strong psychological and emotional impact, can also cause states very similar to common delusions and hallucinations similar to the manifestations of Stendhal’s syndrome.

According to neuroaesthetic studies, the process of aesthetic perception by an observer has both neurophysiological and evolutionary bases.

Much research has focused on the effects produced by the level of familiarity of the perceptual stimulus in the attribution of a positive aesthetic judgement on the work of art being considered.

It has been hypothesised that the perception of beauty and the onset of aesthetic pleasure in the observer can be influenced, if not determined, by specific elements (called hedonic, i.e. capable of arousing pleasure) present in the work itself.

This psychic decompensation is caused both by the stimulation of brain areas that enable us to understand the work (such as mirror neurons) and in the formation of normal and pathological emotional states (involving areas such as amygdala, ventral striatum, orbital cortex).

According to psychoanalyst theories, on which Magherini based her studies, artistic enjoyment can be indicated as the union between the primary aesthetic experience (linked to the mother-child relationship and refers to the first encounter that the child has with the face, the voice, the maternal breast, considered as the first contact with beauty), the perturbing subject (a repressed and particularly emotionally significant conflictual experience that is reactivated by the encounter with the work of art) and the chosen fact (linked to the particular work on which the subject focuses, since it reactivates particular experiences and gives that object a particular emotional meaning capable of triggering the reaction and the psychic symptomatology).

Dr Magherini herself points out that it is often sufficient to simply remove subjects from works of art in order to have a remission of symptoms.

When the symptoms are more severe and do not tend to resolve themselves, they require specialist treatment, usually pharmacological, consisting in the administration of anxiolytics and/or antidepressants and mood stabilisers.

If the syndrome is associated with other types of psychiatric disorders, pharmacological treatment may also include the use of antipsychotics and may be combined with psychotherapy.

This syndrome is not (yet) classified within the DSM.