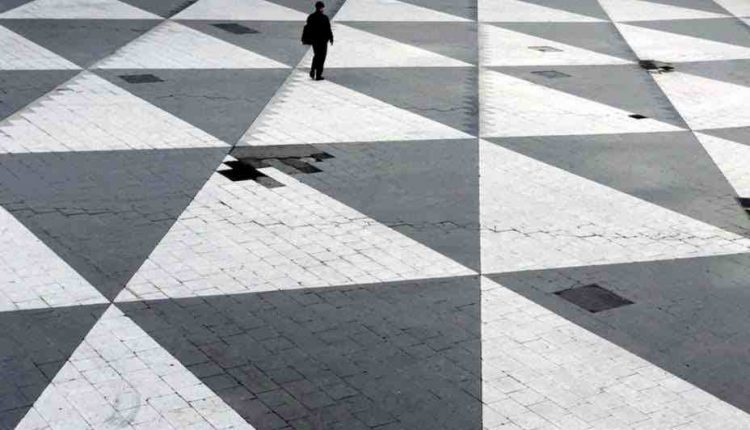 Stockholm syndrome: when the victim sides with the perpetrator

Stockholm syndrome is not considered to be a real disorder, but rather a set of emotional and behavioural activations peculiar to the functioning of some individuals subjected to particularly traumatic events, such as a kidnapping or a long series of physical and mental abuses.

Stockholm syndrome is not codified in any diagnostic manual, since, as highlighted above, it is not considered a disorder in its own right

Yet, from a clinical psychology perspective, it would be interesting to try to investigate its causes, investigating the attachment styles and behavioural profiles of subjects who have experienced the state of victim-perpetrator identification, so as to allow mental health professionals to look with different eyes at similar situations identified by studies: members of sects, prison staff, abused women and, of course, hostages.

The victim suffering from Stockholm syndrome, during the mistreatment, has a positive feeling towards his or her aggressor, which can go as far as falling in love and total voluntary submission, thus establishing a sort of alliance and solidarity between victim and perpetrator.

Very often Stockholm syndrome can be found in situations of violence against women, child abuse and survivors of concentration camps

In situations where the abduction is carried out on these delicate subjects (not well structured, not very solid personalities, such as especially those of children or adolescents), maybe in order to have “a slave or a slave girl”, the abductor tries to depersonalise the victim, through a sort of “brainwashing”, convincing him/her that none of his/her loved ones will care about him/her, and that only the jailer will take care of him/her and stay by his/her side.

The name of the Stockholm syndrome has its origins in 1973, when two escaped convicts from the Stockholm prison (Jan-Erik Olsson, 32 years old and Clark Olofsson, 26 years old) attempted a robbery at the headquarters of the “Sveriges Kredit Bank” in Stockholm and took four employees (three women and one man) hostage.

The story hit the front pages of newspapers all over the world.

In the course of the long psychological sessions to which the hostages were subjected, they manifested a positive feeling towards the criminals who had ‘given them back their lives’ and to whom they felt indebted for the generosity shown. This psychological paradox is called the ‘Stockholm syndrome’, a term coined by the criminologist and psychologist Nils Bejerot.

An automatic emotional reaction, developed at an unconscious level, to the trauma created by being a ‘victim’.

Jaycee Lee Dugard was kidnapped at the age of 11 and has been a hostage for almost 18 years. She has two children with her abductor and has never tried to escape.

She also lied and tried to defend her abductor when questioned.

She admitted to having a deep emotional connection with him, but after reuniting with her family and moving out, she condemned the offender’s actions.

Shawn Hornbeck, 11, disappeared on 6 October 2002 and was found by chance in January 2007, when he was 15 years old, while searching for another missing boy (Ben Ownby).

He lived for four years with his abductor Michael Devlin (in whose flat Ben Ownby was also found), and neighbours claim to have seen him playing in the garden on several occasions, either alone, with Michael or with some friends, so much so that they thought they were ‘father and son’.

Shawn also had a mobile phone and was happily surfing the Internet. He had seen the parents’ appeals on TV and had even sent some e-mails to his father saying ‘How long do you plan to look for your son?

HOW STOCKHOLM SYNDROME MANIFESTS ITSELF

Stockholm syndrome does not result from a rational choice, but manifests itself as an automatic reflex, linked to the survival instinct.

In the initial phase, the abducted person experiences a state of confusion and terror at the situation imposed on him and reacts as best he can to the extreme state of stress he is under: one of the first reactions, a primitive psychological refuge, but emotionally effective, is ‘denial’.

In order to survive, the mind reacts by trying to erase what is happening.

Another possible reaction is unconsciousness (independent of the conscious will) or sleep.

Only after some time does the hostage begin to realise, accept and fear his situation, but he finds another safety valve in thinking that all is not lost because soon the police will intervene to save him.

The more time passes, the more the victim begins to feel that his life is directly dependent on the perpetrator and, convincing himself that he can avoid death, develops a psychological mechanism of total attachment to him.

The victim identifies with the perpetrator and understands his motives, even tolerating his violence without too much effort, since it is motivated by solid reasons.

In order to secure the grace of his tormentor, the victim unconsciously but conveniently eliminates his resentment against him from his mind.

In this condition, the abductor would have fewer reasons to unleash his violence against the victim.

There are four basic situations or conditions that cause the development of Stockholm syndrome:

1. A real or perceived threat to one’s physical or psychological survival and the belief that the abductor may be dangerous.

2. A small kindness from the abductor to the victim.

3. Isolation of the victim

4. Perceived or real inability to escape from the situation

The syndrome can vary in duration, and the most common psychological effects include sleep disturbances, nightmares, phobias, sudden jumps, flashbacks and depression, which can be treated with medication and psychotherapy.

Some kidnap victims, who experienced this syndrome, are still hostile to the police years later.

Specifically, the victims of the robbery of the Kreditbank of Stockholm visited their captors for many years, and one of them married Olofsson.

Other victims seem to have started to collect funds to help their former jailers and many refused to testify in court against the kidnappers, or even to talk to the arresting police officers.

Returning to everyday life after a longer or shorter period of captivity can be absolutely challenging for the captive, in some cases extremely difficult.

Being separated from the captor can be heartbreaking for the victim suffering from Stockholm syndrome.

It is possible to recover from Stockholm syndrome, but in some cases it takes many years. In some cases, it is also useful to combine psychotherapy with drug therapy, which must be carefully planned by the psychiatrist.

Covid in Europe, in Austria lockdown for unvaccinated. In France, masks are back in school