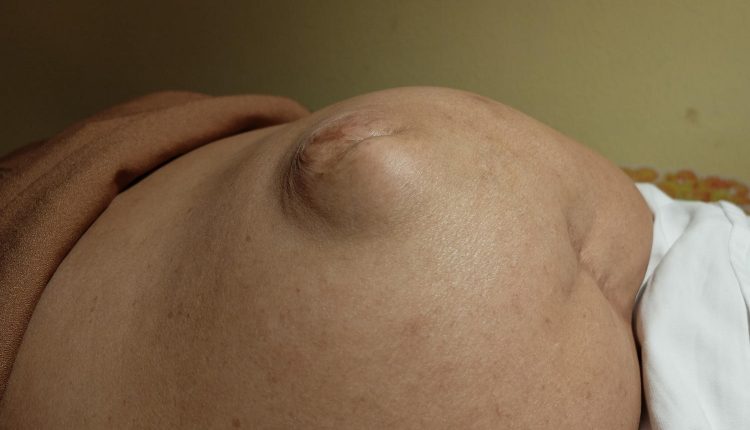 Laparocele: what it is and how to treat it

When it forms, it creates a real cavity that runs through the entire abdominal wall, without involving the skin.

In medical terms, this cavity is called the laparocele port and can vary in size from 1 to 25-30 centimetres.

But is it dangerous if left untreated? Who can I turn to for help?

As mentioned, it can occur as a result of open abdominal surgery or, although less frequently, following video laparoscopy surgery.

It is sometimes confused with diastasis of the rectus abdominis muscles, i.e. the mutual displacement of the rectus muscles caused by pregnancy or obesity.

But what causes a laparocele?

An important cause may be deep infection of the surgical wound, which subsequently leads to the formation of a less resistant scar.

But that’s not the only cause; other causes include:

It can appear at different times: it can be detected only a few weeks after surgery or even many years later.

It appears as a soft swelling, a bulge at the surgical scar that tends to disappear spontaneously when you lie down and relax your muscles.

Initially, it is small in size but tends to increase progressively in size over the years.

From the point of view of its manifestations, a laparocele can be asymptomatic and only represent a cosmetic problem, or it can cause pain, especially when standing or under stress.

We must not forget that, in any case, the laparocele is a hernia and, as such, can have complications: in particular, it can become constricted, requiring urgent surgery.

If a laparocele is suspected, it is first necessary to undergo a thorough medical examination and, in some special circumstances, also an ultrasound scan.

In the case of large laparoceles, for which there would be a surgical indication, it is always better to perform a pre-operative CT scan of the abdomen without contrast medium, which is useful for better defining certain characteristics of the abdominal wall and for the correct planning of surgical treatment.

For asymptomatic and small laparoceles, in very elderly people or people with comorbidities, only the use of an elastic girdle to be worn only during the day may be indicated.

In most cases, however, surgery is recommended.

For laparoceles up to 10-12 centimetres, the operation can be performed videolaparoscopically, while for larger laparoceles, it is necessary to proceed with an open abdomen.

In both cases, prostheses made of synthetic material are used, which are inserted to close the laparocele door and which must be at least 5 centimetres in size beyond the edge of the door itself.

The operation is generally performed under general anaesthesia, but local anaesthesia is only used if the size of the laparocele is very small.

Surgeries performed by videolaparoscopy require a stay of 1-2 nights, while large laparoceles operated on an open abdomen usually require 5-6 days.

In all operations for large laparoceles, it is always better to use the elastic girdle for a month, day and night, and then only during the day, for another 30 days.

As a preventive measure, it is always recommended to avoid physical exertion for a month after surgery as well as, if possible, all situations that increase intra-abdominal pressure such as constipation.

What Is That Swelling? Everything You Need To Know About Inguinal Hernia

The Emergency Service in Georgia will use 41 Piaggio MP3s: the testing phase is beginning

What movement disorders are and how to treat them