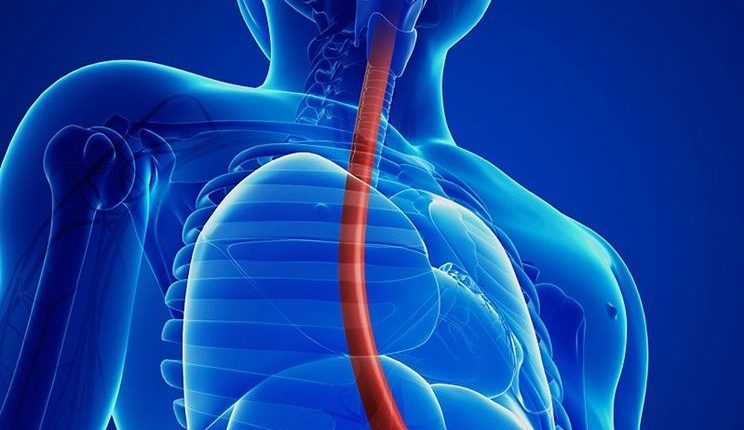 Oesophagitis can be traced to different causes, and depending on the type, symptoms and treatment can vary. The most common form of oesophagitis is related to gastro-oesophageal reflux, which affects about 1 in 4 people

But it can also occur from other causes, such as medication, allergies and infectious diseases.

Oesophagitis is a very common inflammation of the oesophagus, which manifests itself as regurgitation, heartburn, chest pain and difficulty swallowing.

In medical terms, the suffix ‘-itis’ indicates an inflammation of an organ or tissue.

In this particular case, it is the oesophagus, the duct that carries food from the mouth to the stomach, that is affected.

But rather than oesophagitis, it would be better to speak of oesophagitis in the plural, as there are different causes that can lead to the onset of the disease.

The most common form of oesophagitis is linked to gastro-oesophageal reflux disease (GERD): the frequent and abundant rising of gastric juices from the stomach that characterises this disease progressively irritates and inflames the mucous membrane lining the inside of the oesophagus.

This is known as reflux oesophagitis and in many cases it is due to a malfunction of the cardia (the orifice between the stomach and the oesophagus which prevents the gastric contents from rising).

Another factor that strongly predisposes to the development of MRGE and therefore reflux oesophagitis is hiatal hernia.

This is an anatomical deformation of the oesophagus-gastric junction, in which part of the stomach rises into the chest through the oesophageal orifice of the diaphragm.

The problem of reflux and its possible development into oesophagitis should not be underestimated, as it can lead to injury to the oesophagus and serious complications.

How the severity of lesions is measured

The extent of lesions caused by gastro-oesophageal reflux is generally divided into degrees, following a scale known as the Los Angeles classification.

The levels of the scale are:

Barrett’s oesophagus, among the worst complications of oesophagitis

The most dreaded is the so-called ‘Barrett’s oesophagus’, which is considered a precancerous lesion and significantly increases the risk of oesophageal cancer.

Other causes of oesophagitis

In addition to reflux, other factors may also be at the root of the disorder.

The infection can have an infectious origin and be caused by bacteria, viruses, fungi or parasites.

Generally, this type of oesophagitis affects people with reduced immunity, such as HIV-positive people or cancer patients.

Certain medications taken by mouth can also cause damage if they remain in contact with the oesophageal mucosa for too long (for example, if a pill is swallowed with little or no water).

These include those based on acetylsalicylic acid, beta-blockers and non-steroidal anti-inflammatory drugs (NSAIDs).

Finally, infection of the oesophagus can be immune-mediated, i.e. dependent on a reaction of the immune system, usually in response to allergenic agents, whether food-borne (e.g. milk, eggs, soya) or environmental.

In people with a genetic predisposition, contact with these allergens triggers an overproduction of white blood cells, called eosinophils, which cause inflammation of the oesophagus.

This is why this form of oesophagitis is also called eosinophilic.

It occurs in both children and adults, predominantly men.

Symptoms: vary depending on the cause

Regurgitation, retrosternal pain and burning (from the stomach back up into the chest behind the sternum) and difficulty swallowing (dysphasia) are the most common symptoms, but they vary depending on the type of oesophagitis.

For example, in the form caused by rising stomach acid, the symptoms are typical of gastro-oesophageal reflux disease, i.e. pain and burning behind the breastbone which tends to worsen after eating or lying down, and regurgitation of food or bitter or acidic liquid into the mouth. In some cases, a dry, hacking cough, hoarseness and asthma may also occur.

Finally, in rare cases, oesophagitis can also cause bleeding.

The diagnosis is a medical one.

The description of the symptoms can initially guide the specialist to the cause of the inflammation, which can then be ascertained by carrying out certain investigations.

Esophagogastroscopy, for example, is the examination that in many cases allows the disorder to be ascertained, the presence of any lesions in the mucous membrane of the oesophagus to be detected and the cause to be established (viruses, bacteria, medication, reflux of gastric juices, etc.).

As this is an investigation involving the insertion of a flexible tube into the oesophagus, in the event of intense pain and difficulty swallowing, the specialist may proceed to perform an X-ray of the digestive tract with barium sulphate contrast medium.

Each type of oesophagitis requires specific treatment depending on the cause.

If the discomfort is caused by gastro-oesophageal reflux, on the doctor’s advice, drug therapy may be necessary to limit the production and rise of stomach acid.

So-called ‘pump inhibitors’, such as omeprazole, are generally used.

In addition to the medication, the person should practise some good lifestyle habits to keep the reflux problem under control.

If the oesophagitis is caused by bacteria, viruses, fungi or parasites, the specialist assesses the most suitable therapy to remove the specific infectious agent.

Eosinophilic oesophagitis, being a chronic disease, cannot be cured completely.

However, there are treatments that can alleviate symptoms in the acute phase and then prevent relapses as far as possible.

Generally, the approach is pharmacological and involves taking topical corticosteroids in the form of inhalers or tablets to swallow. It is usually advisable to rinse the mouth after taking the medication to avoid infections such as oesophageal candidiasis, which is the most common side effect.

To prevent the reoccurrence of discomfort, especially if caused by food allergens, the specialist may consider removing the offending food from the diet.

Finally, even in the case of drug-induced oesophagitis, treatment is based on discontinuation of drug therapy.

If this is not possible, the person should swallow the tablets with plenty of water and not lie down for at least an hour.

First Time Ever: Successful Operation With A Single-Use Endoscope On Immunodepressed Child

Diagnosis And Treatment: What Is Ecoendoscopy?

Oesophageal Spasms, Pain Behind The Sternum The Main Symptom

What is Lyme disease and what are its symptoms?