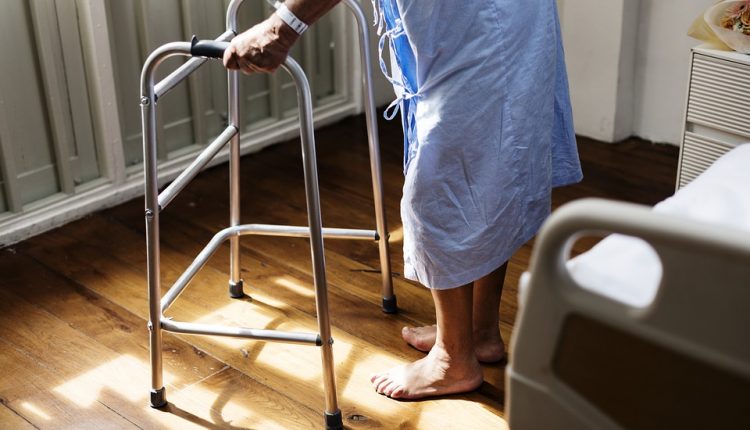 Respiratory Syncytial Virus (RSV): new research suggests there may someday be a role for ibuprofen in providing older adults with lasting immunity against RSV, a virus commonly associated with infants and young kids that also rivals the flu as a dangerous wintertime infection for the elderly

RSV, or respiratory syncytial virus, accounts for an estimated 14,000 deaths and 177,000 hospitalizations annually among U.S. adults over 65

RSV is problematic for older people in part because an initial infection isn’t effective at inducing a long-term immune response to the virus.

The study showed that geriatric cotton rats given ibuprofen for a week before initial infection with RSV cleared the virus more quickly than those that didn’t receive ibuprofen. When researchers re-infected those ibuprofen-treated rats a month later, the elderly animals were completely protected from the virus.

In contrast, young adult cotton rats were able to clear the virus fairly effectively and mount a suitable immune response to re-infection a month later – but got no benefit from the ibuprofen.

With ibuprofen showing effectiveness only in geriatric animals, the findings suggest that the drug improves the immune response by lowering aging-related inflammation.

Though there is still a lot to learn, the Ohio State University researchers speculate that the reduced inflammation restored the function of specific immune cells needed to clear the virus.

“For a long time, people have thought that certain immune cells get burned out and can’t function properly any longer.

And then we started treating against inflammation, and suddenly the old cells can do their job like young cells,” said senior study author Stefan Niewiesk, professor of veterinary biosciences at Ohio State.

“It only works in old animals, and in older people we see a lot of inflammation and related chronic disease.

When we think about what the pathways are to fix RSV infection in the elderly, this study opens a door to the possibilities.”

The research appears in the November 2021 issue of the journal Virology.

Long-term use of ibuprofen, a nonsteroidal anti-inflammatory drug (NSAID), can damage the kidneys and gastric lining and slows down blood clotting time.

In this study, the researchers compared the influence of ibuprofen pre-treatment on groups of sexually mature adult cotton rats, younger than 2 months old, and geriatric rats between 9 and 15 months old.

Cotton rats are a good model for the study of RSV because the virus grows well in both the lungs and nose as it does in humans, but the rats don’t experience symptoms of illness.

The estimated ibuprofen dose was intended to resemble the 200 to 400 milligrams humans might take every four to six hours.

Though ibuprofen was linked to more rapid viral clearance in old rats, the scientists were particularly interested in the animals’ response to re-infection a month later.

“We wanted to see if they could mount an immune response,” Harder said. “In the geriatric cotton rats we had treated with ibuprofen, there was no growth of the virus with the second infection.”

In examinations of cells and tissue, Harder found that ibuprofen did not improve the antibody response in the old rats or kill the virus.

The analysis identified a specific type of immune cell, called CD8+ (cytotoxic) T cells, that were critical to the geriatric rats’ ability to clear the virus because they remove infected cells.

When the team used a technique to deplete CD8+ T cells in the old rats, it took the animals longer to clear the virus and any positive effects of the ibuprofen were lost – suggesting the ibuprofen had a restorative effect on those cells.

Previous research has suggested that other immune cells responsible for stimulating T cell production get sluggish in old animals, and that inflammation-related molecules are behind their slowed reactivity.

“If you take those inflammatory molecules away with ibuprofen, these immune cells would migrate normally and we’d have stimulated CD8+ T cells.

That’s the idea, but we still haven’t confirmed the mechanism,” Niewiesk said.

“We’re also asking what part of the inflammatory cascade does ibuprofen affect?

How does inflammation look in these old animals – is it always there and then increased with infection? That’s where we’re looking at the moment.”

RSV vaccines are in development, but there is no treatment – with the exception of an expensive prophylactic antibody available to prevent severe symptoms only in at-risk infants

Niewiesk hopes to eventually identify a more targeted agent for the aging population that could have a similar protective effect against RSV without any risks.

“This isn’t a case where someone should take ibuprofen daily for the whole winter.

There are too many side effects,” he said. “But if there was something to take post-infection, after you feel sick – that would be great.”

This work was supported in part by the National Institute of Allergy and Infectious Diseases.

Paediatrics: Warning For Newborns, Respiratory Syncytial Virus (RSV) Will Be Back In Circulation