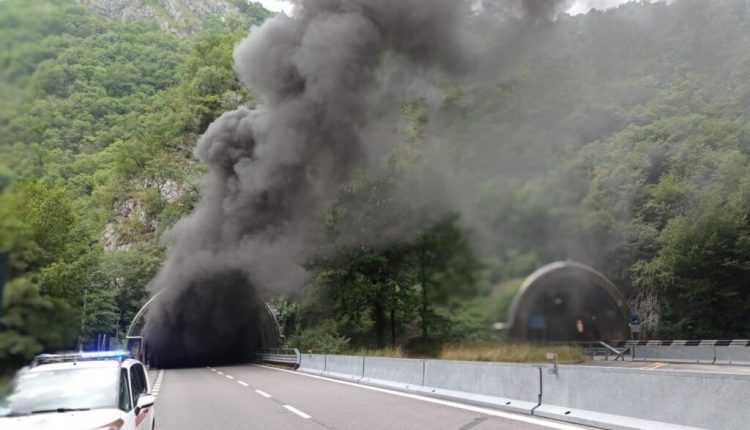 When treating a patient after smoke inhalation, be aware that the toxic products of combustion damage the airways and/or cause metabolic effects

Hot smoke usually only burns the pharynx because the incoming gas cools rapidly.

An exception is steam, which carries much more heat than smoke and therefore can also burn the lower airways (below the glottis).

Symptoms from smoke inhalation include

Smoke inhalation should be suspected in individuals with respiratory symptoms, a positive history of being in an enclosed environment where a fire occurred or with carbonaceous sputum.

Perioral burns and singed nasal hairs may be useful clues.

Examination of the oropharynx, focusing on the posterior pharynx, may identify oedema that would require early prophylactic intubation.

In the absence of posterior pharyngeal swelling, significant upper airway injury is unlikely.

Diagnosis of upper airway injury is made by endoscopic examination (laryngoscopy or bronchoscopy), which can explore the upper airway and trachea and show oedema, tissue injury, or soot in the airway; however, sometimes injury develops after an initial normal examination.

Endoscopy is performed as soon as possible, usually with a flexible fibre-optic tube, usually simultaneously with or after endotracheal intubation in patients with significant findings.

The diagnosis of lower airway lesions is made by chest X-ray and oximetry or haemogasanalysis, but changes develop early or only a few days later.

Possible cyanide and carbon monoxide toxicity should be considered; carboxyhaemoglobin (COHb) levels are measured in patients with significant smoke inhalation.

Toxic products of combustion other than carbon monoxide may not initially be suspected, particularly in patients with severe burns and obvious airway involvement.

Cyanide may be suspected in patients who appear more obnubilated than expected based on carboxyhaemoglobin (COHb) levels or who do not respond quickly to oxygen treatment; useful tests include a decrease in arteriovenous oxygen difference (due to higher than normal venous oxygen content) and high anion gap acidosis with increased lactate.

Treatment of patients after smoke inhalation:

Oxygen is a specific remedy for carbon monoxide poisoning; hyperbaric oxygen remains somewhat controversial, but may be useful in cases of severe cardiopulmonary complications, pregnancy, coma/obnoxiousness of the sensorium and elevated (> 25%) carboxyhaemoglobin levels.

Endotracheal intubation and mechanical ventilation are required for patients with

Patients with oedema or large amounts of soot in the upper airway (especially in the posterior pharynx) should be intubated as soon as possible because airway intubation becomes more difficult as the oedema increases.

Bronchoscopy is usually done at the same time as intubation.

Cyanide antidotes should be administered to patients with suspected cyanide poisoning, and may be used presumptively in those with cardiovascular complications, coma or significant acidosis with a high anion gap.

Rare diseases, neonatal screening: what it is, which diseases it covers and what happens if it is positive