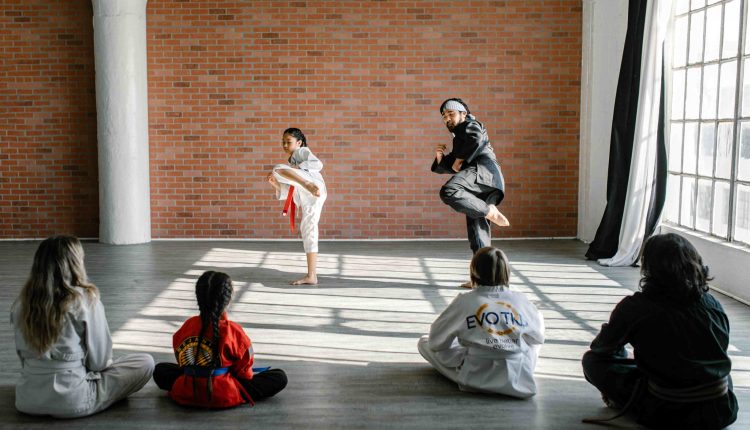 The therapeutic effect of martial arts on the psychological sphere

The therapeutic effect of sport on the psychological sphere seems evident: it is fundamental for the harmonious development of the personality, it is an instrument of education, socialisation, balance and therapy, it is fundamental in the development and growth of the individual and is of considerable help in cases of neurosis and often psychosis

Martial arts, an initial therapeutic effect: the perception of being in control of one’s objectives

Practising a sporting activity and gradually obtaining results supports and increases motivation and a sense of personal self-efficacy: the perception of being in control of one’s own objectives and of having effective tools to achieve them.

In particular, the disciplines better known as martial arts, which by their very nature merge body and mind, have therapeutic virtues in this sense.

Martial arts have a tradition and a philosophical and educational component that go beyond the purely competitive side.

By their very definition, the main aim is to perfect the character of the individual.

It is one of the few activities that can be practised throughout one’s life.

You do not need to have a goal to achieve, you simply need to live what you are doing.

The martial art is a journey in which it is important to enrich oneself along the way.

Many experts have discovered close correlations and parallels between certain aspects of a psychological journey and the martial arts: Fuller believes that some martial arts possess qualities that support psychological health and promote personal change in a socially desirable direction.

Nardi examines the parallels between Ellis’ Rational Emotive Therapy and some principles of martial practice (e.g. the concept of mushin, i.e. a state in which the mind is not particularly fixed on something, but remains open and available towards all things and reflects as a mirror would do).

Other studies show a significant correlation between tai chi chuan practice and improved vagal modulation, which in turn is correlated with subjective feelings of calm and tranquillity (Lu and Kuo, 2003).

This finding is consistent with that reported by Ryu et al. (1996), who showed a significant increase in blood levels of endorphin during tai chi breathing. Other authors have highlighted the beneficial effects that these neurophysiological changes have on sleep quality (Li et al., 2004), on depressive symptoms (Tsang et al., 2002), on anxiety symptoms (Sharma & Haider, 2014), and more generally on psychological wellbeing (Tsang et al., 2003).

These are just some of the most significant empirical findings on the relationship between martial arts and psychological well-being.

The concepts of distance, time and position are also added.

Weiser and collaborators propose martial arts as a legitimate form of therapy both for neuroses and for some chronic mental illnesses, in themselves, but especially in addition to standard psychotherapy: they are all the more useful in support of psychotherapy in subjects who have difficulties in relating with a verbal modality, such as patients with social anxiety, psychosomatic disorders and alexithymia.

Since martial arts have been considered to offer psychological benefits, a large number of people have looked to them as a valid aid to psychotherapy in the treatment of certain psychological disorders or discomforts.

Guthrie, for example, found the combination of psychotherapy and martial arts to be especially helpful to women who had been victims of psychosexual abuse; some usefulness has also been shown in the treatment of eating disorders, substance abuse and growing up in dysfunctional families.

Martial arts are also said to be useful in the psychotherapy of disabled people as well as psychotic violent patients, who are difficult to reach with standard psychotherapy in the classical way.

Finally, it should be considered that martial arts may be contraindicated in some cases: in particular, they may not be suitable for individuals who may use fighting techniques inappropriately, such as sociopathic personalities, or people who abuse drugs or other substances.