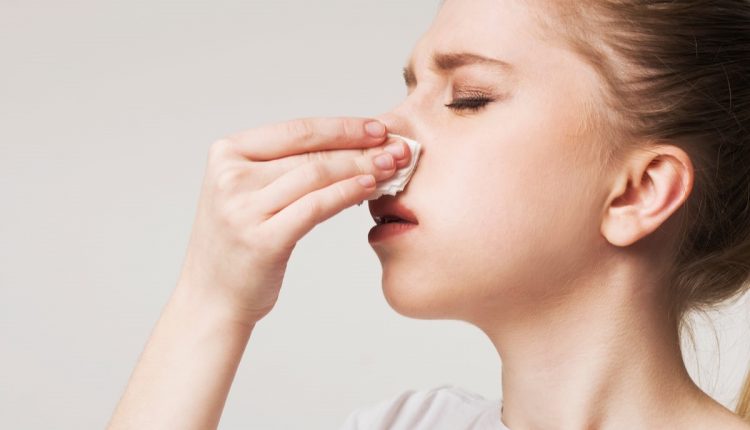 A nosebleed or rhinorrhage, i.e. the discharge of blood from the nose, is a frequent occurrence at all ages. The blood that is lost on these occasions always seems to be very copious, so that people are often alarmed to the point of going to the emergency room

In reality, in the vast majority of cases, the amount of blood is minimal and the causes local and of no concern.

Nosebleeds are usually due to

However, if the problem tends to recur with some frequency, especially in adults, it may be an indication of more serious reasons and problems. 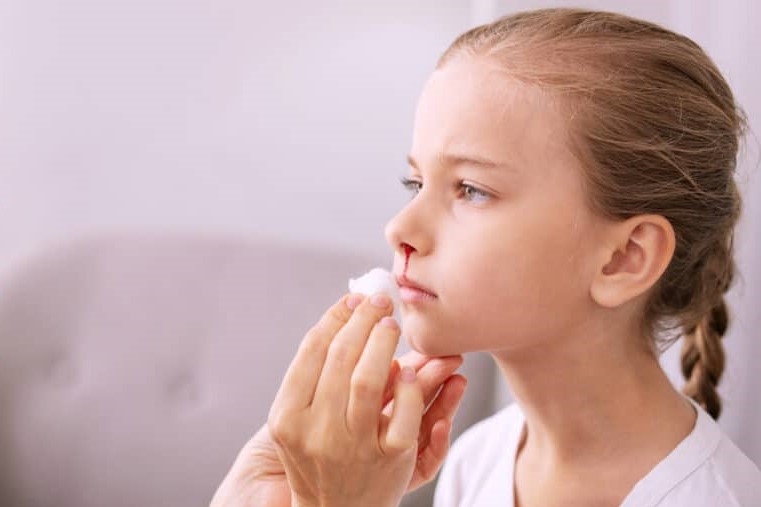 Epistaxis, causes in children and adults

In children, the most common causes of nosebleeds are:

In adults, on the other hand, in addition to these factors there are others, both local and general: nosebleeds are not uncommon, for example, in people who use nasal medications such as corticosteroids and antihistamines for therapeutic purposes.

In this case, the incidence is lower in individuals who direct the jet laterally to minimise the effect of these medicines on the septum.

Very profuse nosebleeds can also occur following trauma to the nasal bones or septum or septal perforations: idiopathic or acquired, as when, for example, nasal vasoconstrictors or toxic substances such as cocaine are abused.

And again in association with viral or bacterial rhinosinusitis and tumours.

In addition to these local factors, recurrent nosebleeds may also be linked to general conditions, such as:

Arterial hypertension can also cause nosebleeds during hypertensive crises with subsequent rupture of a blood vessel in the nose.

Rhinorrhagia, what to do when nosebleeds occur

The first rule for dealing with an emergency is to avoid bending your head back.

Although it is the most instinctive gesture, it can be dangerous because it encourages the inhalation of blood into the airways.

What else can be done?

Given that most anterior bleedings are self-limiting, i.e. they wear off on their own, and do not require medical treatment, what anyone can do are so-called self-tamponade manoeuvres, which can be summarised as follows

The various ‘grandmother’s’ expedients, such as putting the wrists under water, wetting the nape of the neck or forehead and so on, follow a logic of ancient wisdom, but are too ‘slow’ in achieving their purpose.

After self-tamping, however, it may be helpful to place ice in a small plastic bag over the nose.

The introduction of ‘haemostatic cotton’, which is sometimes optimal in resolving nosebleeds, but then difficult to remove, is inadvisable, as is that of any absorbent material (cotton, gauze, paper towels, etc.).

When is it necessary to go to A&E for epistaxis?

If the nosebleed does not stop, or if it is recurrent, it is a good idea to go to the emergency room.

Further treatment may be required.

These include an anterior nasal tamponade, carried out by the ENT (or emergency room doctor).

In general, a swab with non-degradable material is used, usually a hydroxylated polyvinyl acetate sponge that swells when wet.

Insertion and removal may be uncomfortable or painful, especially if the nasal septum is deviated.

In addition to these swabs, a variety of absorbable or biodegradable materials are available, which do not require removal and may be useful for patients with milder nosebleeds.

As well as, in more severe cases, a bleeding control in the operating theatre, under anaesthesia.

After removal of the nasal swab, it is advisable to use local ointments or antibiotic creams for emollient, healing and protective purposes.

Finally, in some cases, cautery, i.e. the ‘burning’ of the bleeding capillary through bipolar electrocoagulation of the affected blood vessel with dedicated equipment, can be used as an alternative to swabbing.

10 Basic First Aid Procedures: Getting Someone Through A Medical Crisis