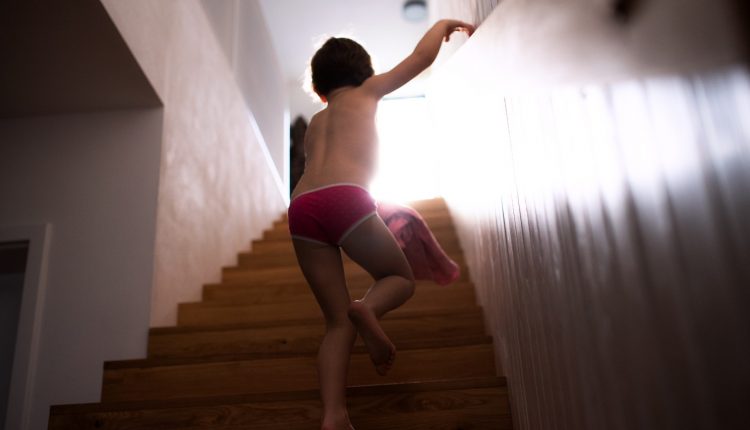 What are the causes of sleepwalking?

Let’s talk about sleepwalking: have you ever gone to sleep in your bed and woken up on the sofa in the living room? Or maybe you woke up with mysterious crumbs scattered on your pyjamas with no memory of a midnight snack?

If so, you may be one of those 6.9% of people who have experienced at least one episode of sleepwalking in their lifetime.

Although the prevalence is significantly higher in children, about 1.5% of adults have had an episode of sleepwalking beyond their childhood years.

It can be caused by medication, genetics or health conditions that disturb sleep.

Here’s what we know about why some people sleepwalk.

What exactly is sleepwalking?

It is a sleep disorder that occurs in the deepest part of non-rapid sleep (NREM).

It most often occurs within 1 to 2 hours of falling asleep.

During an episode you can sit, walk and even carry out ordinary activities, all while sleeping.

Your eyes are open, but you are actually still in a deep state of sleep.

The American Psychiatric Association does not consider it a disorder unless it happens often enough to cause distress and disrupt your ability to function during the day.

What are the causes of sleepwalking?

More common in children than in adults, sleepwalking is often overcome by the teenage years.

But not everyone stops sleepwalking as an adult.

Although rare, some people may not start sleepwalking until adulthood.

Sleep researchers have identified several health conditions, activities and substances that are known to trigger episodes.

Stress and anxiety are known to interfere with a good night’s rest.

Some sleep scientists also think that daytime stress may contribute to sleepwalking.

A study of 193 patients in a sleep clinic found that one of the main triggers for the episodes were stressful events experienced during the day.

If you want to decrease your daily stress levels so that you can rest at night, you might try stress-reduction techniques such as these:

People who don’t get enough sleep are more vulnerable.

Researchers who studied MRI brain scans of people with a history of sleepwalking found that being sleep deprived increased the number of sleepwalking episodes in people.

If you have a chronic migraine, you may be more vulnerable.

In 2015, a group of sleep scientists surveyed 100 patients who habitually sleepwalk, and found a strong association between sleepwalking and lifelong headaches, particularly migraines.

Sleepwalking has been associated with illnesses that cause fever, especially in children.

Fever can also cause nightmares, which are sleep disturbances during which you may scream, wave your arms, or try to escape from scary things that you perceive in your sleep.

Obstructive sleep apnoea is a breathing disorder that causes you to stop breathing for short periods while you sleep.

It is more than just snoring.

If you have severe obstructive sleep apnoea, your chance of sleepwalking is higher than for people with mild sleep apnoea.

There have also been reports of sleepwalking among children who have asthma.

Asthma can lead to sleep deprivation, and the drug montelukast has triggered the problem in some children.

If you have GERD, the contents of your stomach can back up through your oesophagus, causing unpleasant burning sensations.

For many people, the symptoms are worse at night.

People with GERD and other gastric disorders are more prone to many types of sleep disorders.

Because GERD interferes with sleep, it can cause long-term exhaustion, which also makes you more vulnerable to episodes.

Parkinson’s disease is a nervous condition that affects your body’s ability to move.

Normally, when you dream during REM sleep, your brain temporarily paralyses certain muscles to prevent you from acting on your dreams and hurting yourself or others in the process.

Some studies indicate that Parkinson’s disease can prevent sleep paralysis from happening at all.

This, in turn, can lead to sleepwalking and other sleep disorders.

There is some debate among sleep researchers as to whether restless legs syndrome (RLS) causes sleepwalking.

Some studies indicate that people with RLS are no more likely to become sleepwalkers than other people.

Other studies indicate a connection between sleep problems and the drugs used to treat restless legs syndrome.

Some drugs can cause sleepwalking

Some sleep medications have caused sleepwalking, including the sleep-inducing drug zolpidem, also sold under the names Ambien and Edluar.

Other drugs linked to sleepwalking include:

How do you know if someone is sleepwalking?

People who sleepwalk usually do not respond when you try to get their attention.

They may have a glazed or distant look in their eyes.

According to sleep experts, sleepwalkers may also engage in other activities while in their state, including:

Most of the time, people do not remember an episode when they wake up.

If you wake someone up while they are sleepwalking, they may be confused about what is going on.

Although most episodes end without injury, sleepwalking can be quite dangerous.

Some people may attempt to drive or perform other tasks without being able to perceive what is actually happening around them.

In a study involving 100 patients with a history of repeated sleepwalking, 57.9% had been injured or had injured someone else during an episode.

The injuries were the result of accidents such as falling down stairs, or bumping into objects such as walls or furniture.

Because someone could hurt themselves or others while sleepwalking, it is a good idea to wake someone who is sleepwalking.

Just do it gently, because a sleepwalker may be frightened by being woken up.

When is it important to see a doctor for sleepwalking?

Most children outgrow the problem by the time they reach adolescence, without ever needing treatment.

However, if sleepwalking has not started until adulthood, you may want to talk to your doctor to rule out underlying conditions that may cause sleepwalking.

If you are frequently sleepwalking, or if your sleepwalking is causing problems with your daily functioning or relationships, it is a good idea to talk to a doctor.

How is it diagnosed and treated?

The most common way to diagnose sleepwalking is when someone else sees it first-hand.

Since most sleepwalking occurs during childhood, parents are the ones who most often report sleepwalking to health professionals.

If your doctor is concerned, a sleep study may reveal more about your condition.

During the sleep study, your healthcare team will check your blood oxygen levels, brain waves, breathing and movements while you sleep.

If your sleepwalking is not severe, you may be able to prevent it by reducing stress in your daily life and improving your sleep habits.

If these methods don’t work well enough, your doctor may prescribe medication to help.

Clonazepam (Klonopin) and diazepam (Valium) have been shown to reduce sleepwalking.

Antidepressants and benzodiazepines can help with stress levels so you can rest.

For most children, treatment is usually not necessary because sleepwalking often disappears on its own as the child matures.

Grinding Your Teeth While You Sleep: Symptoms And Remedies For Bruxism

Long Covid And Insomnia: ‘Sleep Disturbances And Fatigue After Infection’

Sleep Disorders: The Signs Not To Be Underestimated

Sleepwalking: What It Is, What Symptoms It Has And How To Treat It

Ukraine emergency: from the USA, the innovative HEMS Vita Rescue System for the rapid evacuation of injured people