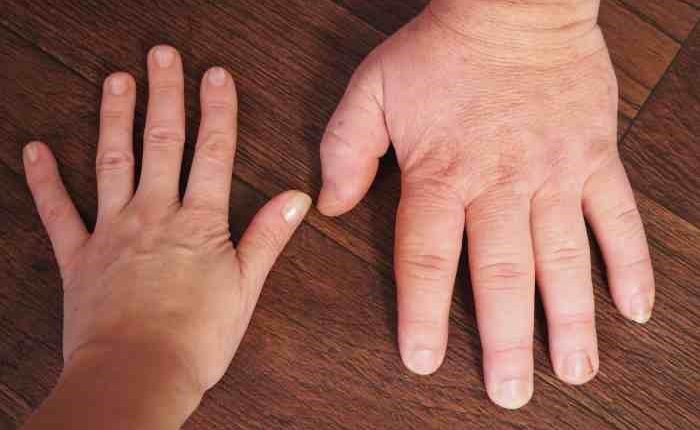 Acrogigantism: the research project of Dr Giampaolo Trivellin, researcher in Humanitas, started in March 2020 and carried out thanks to the winning of the Marie Skłodowska Curie Action-Individual Fellowship 2018 and a Telethon Foundation grant (started in June 2021), has reached a first important conclusion

As set out in the study ‘Duplications disrupt chromatin architecture and rewire GPR101-enhancer communication in X-linked acrogigantism’ published on 23 February 2022 in the scientific journal The American Journal of Human Genetics, Dr Trivellin was able to gain insight into the pathological mechanisms underlying X-linked acrogyantism (X-LAG).

X-LAG is a rare genetic disease, which is currently diagnosed in about 40 people worldwide, i.e. 10% of patients with pituitary gigantism, a pathology linked to a dysfunction of the pituitary gland.

X-linked acrogigantism was first described by Dr Trivellin’s team in 2014 and is a condition caused by a genetic defect located on the X chromosome: more specifically, the duplication of the gene containing the instructions for the production of the membrane receptor called GPR101.

The duplication of GPR101 is associated with a tumour of the pituitary gland that causes excessive secretion of growth hormone (GH).

Among the various clinical symptoms of acrogigantism, the most obvious is the excessive body growth of patients, who, if left untreated, usually exceed 2 metres in height.

Although there is no cure for X-LAG, it can currently be treated with a multidisciplinary approach including surgery, medical therapy and, more rarely, radiotherapy.

Dr. Trivellin and his research team investigated the role of the GPR101 gene and the molecular mechanisms that cause its marked expression in pituitary tumours, mechanisms that were unknown until now.

The study showed that the cause of its overexpression lies in an alteration of the chromatin domain in which the gene resides.

This alteration is induced by the duplication associated with the disease.

Our DNA is divided into chromatin domains, or TADs (topological associated domains), which function to keep the genes located within them isolated from the rest of the genome.

This compartmentalisation ensures that the action of regulatory elements (enhancers), which boost gene expression, is confined only to genes located within the same chromatin domain.

Unlike the other genes usually duplicated together with GPR101 in X-LAG patients, GPR101 is the only one in a chromatin domain of its own, isolated from the others.

In patients, there is a rearrangement of the chromatin domains caused by gene duplication, resulting in a new chromatin domain in which the GPR101 gene is no longer separated from the enhancer sequences of the other genes but now interacts with them.

It is these new pathological interactions that lead to the marked expression of GPR101 in patients’ tumours.

The discovery of this mechanism, described for the first time in endocrinology by Dr Trivellin’s study, opens up further research prospects both for diseases of the pituitary gland and for other endocrine disorders that could develop through similar pathological mechanisms.

Knowing what determines the overexpression of the GPR101 receptor, promoter of the cascade of intracellular signals that lead to the overproduction of growth hormone, will be fundamental in a new therapeutic perspective for patients affected by gigantism.

This is the first step towards the future development of treatments that specifically inhibit the enhancer sequences that interact with GPR101 in patients with acrogigantism: turning off the overexpression of the GPR101 gene will reduce the excessive secretion of growth hormone and the debilitating symptoms associated with it.

Ukraine invasion, Unicef warns: 'Immediate risk for seven and a half million children'

Eczema or cold dermatitis: here's what to do