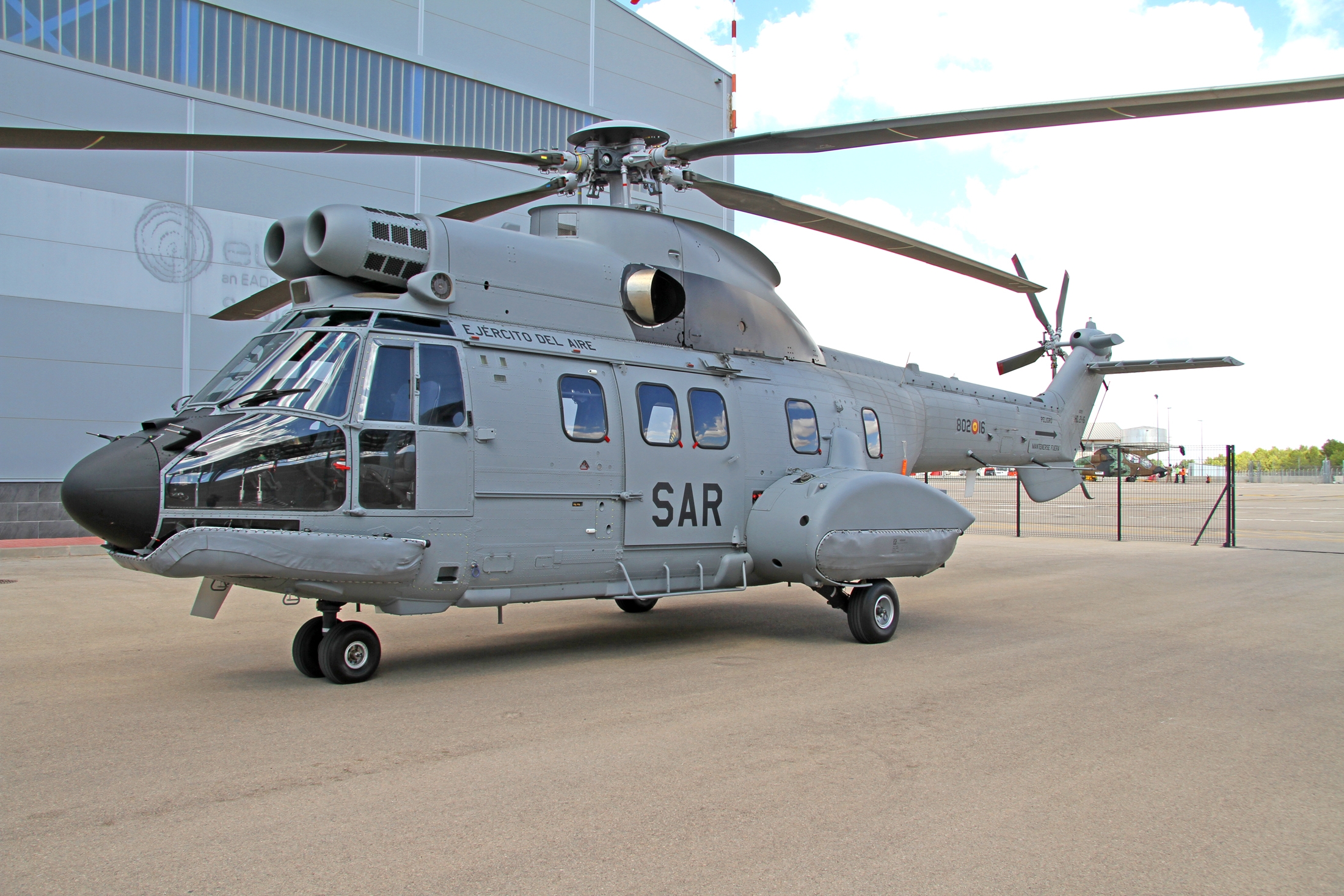 ALBACETE, October 4, 2016 – In a ceremony held at the Airbus Helicopters plant in Albacete, the Spanish Air Force yesterday took receipt of its first H215, a robust, cost-effective latest-generation helicopter with an extensive mission capability. The purchase was negotiated in July by the Spanish Ministry of Defense, through the NATO Support and Procurement Agency (NSPA).
A member of the tried-and-tested Super Puma family, the H215 is a twin-engine, heavy rotorcraft equipped with state-of-the-art technologies, which complies with the most stringent safety standards. Its onboard equipment includes multi-function digital screens and an advanced 4-axis autopilot which provides flight envelope protection, unrivalled precision, and stability in even the harshest operating conditions.
The aircraft carried out final test flights at the Albacete plant on 22 September, where it was painted and fitted with specific mission systems enhancing its Search and Rescue (SAR) and Personnel Recovery/CSAR missions. The Air Force’s H215 boasts additional fuel tanks that extend its range up to 560 Km, an emergency buoyancy system, a high-frequency radio, a hoist, and a cockpit compatible with night vision goggles, among other equipment.
The Spanish Air Force operates several helicopters belonging to the Super Puma family, in both civil and military versions. The aircraft operate in 3 SAR Squadrons as well as in the 402 Air Force Squadron, which is responsible for the transport of senior government officials. The new H215 will be assigned to the Air Force’s 802 Squadron/RCC Canarias and will arrive at its base in Gando (Gran Canaria) before the end of the year.
The new helicopter will enter into service straightaway, following a short training program for crews, who already have extensive experience of flying other versions of the Super Puma.

“We are very grateful to the Air Force for its renewed confidence, and I am proud to be here today to deliver a helicopter that is not only powerful, rapid and reliable, but also cost-effective, offering a highly optimized operating costs. I wish you many flight hours, all with our first-rate support, which we are committed to providing you with.”