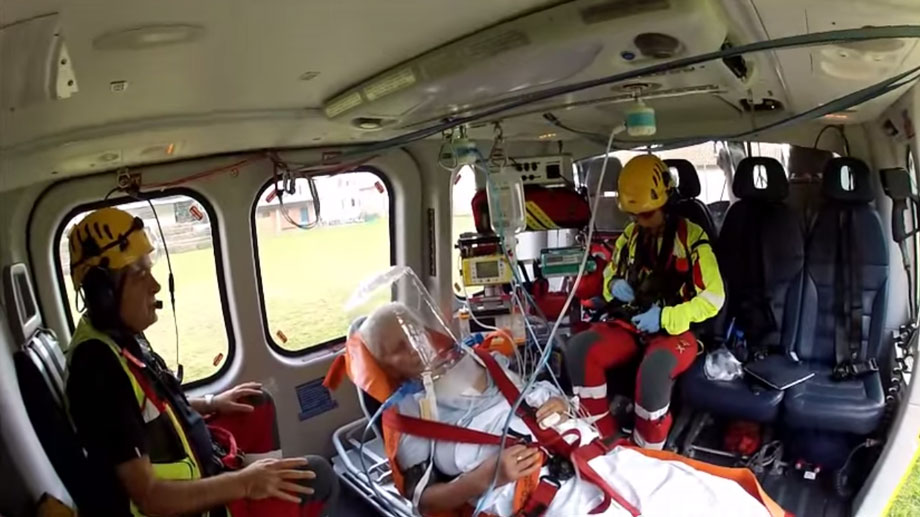 This scientific poster was presented during the HEMS Congress exhibition in Massa, Italy. The author is Dr. Alberto Baratta, medical director of the Emergency Unit in Massa (Italy) and medical chief of the HEMS base of Massa, Pegaso 3.

CPAP typically is used for people who have breathing problems, such as sleep apnea. CPAP also may be used to treat preterm infants whose lungs have not yet fully developed. For example, physicians may use CPAP in infants with respiratory distress syndrome. It is associated with a decrease in the incidence of bronchopulmonary dysplasia. In some preterm infants whose lungs haven’t fully developed, CPAP improves survival and decreases the need for steroid treatment for their lungs.

CPAP at home utilizes machines specifically designed to deliver a constant flow or pressure. Some CPAP machines have other features as well, such as heated humidifiers. CPAP is the most effective treatment for obstructive sleep apnea, in which the mild pressure from CPAP prevents the airway from collapsing or becoming blocked.[1]

Although delivery of CPAP through nasal mask is the most common modality of treatment, other systems exist for interfacing with adults and children. Nasal CPAP is frequently used in infants[citation needed], though its use is controversial[citation needed]. Studies have shown nasal CPAP reduces ventilator time but an increased occurrence of pneumothorax was also prevalent.[2] Oral mask, and naso-oral masks are often used when nasal congestion or obstruction is an issue. Devices that combine nasal pressure with maxillary advancement devices (MAD) also exist.